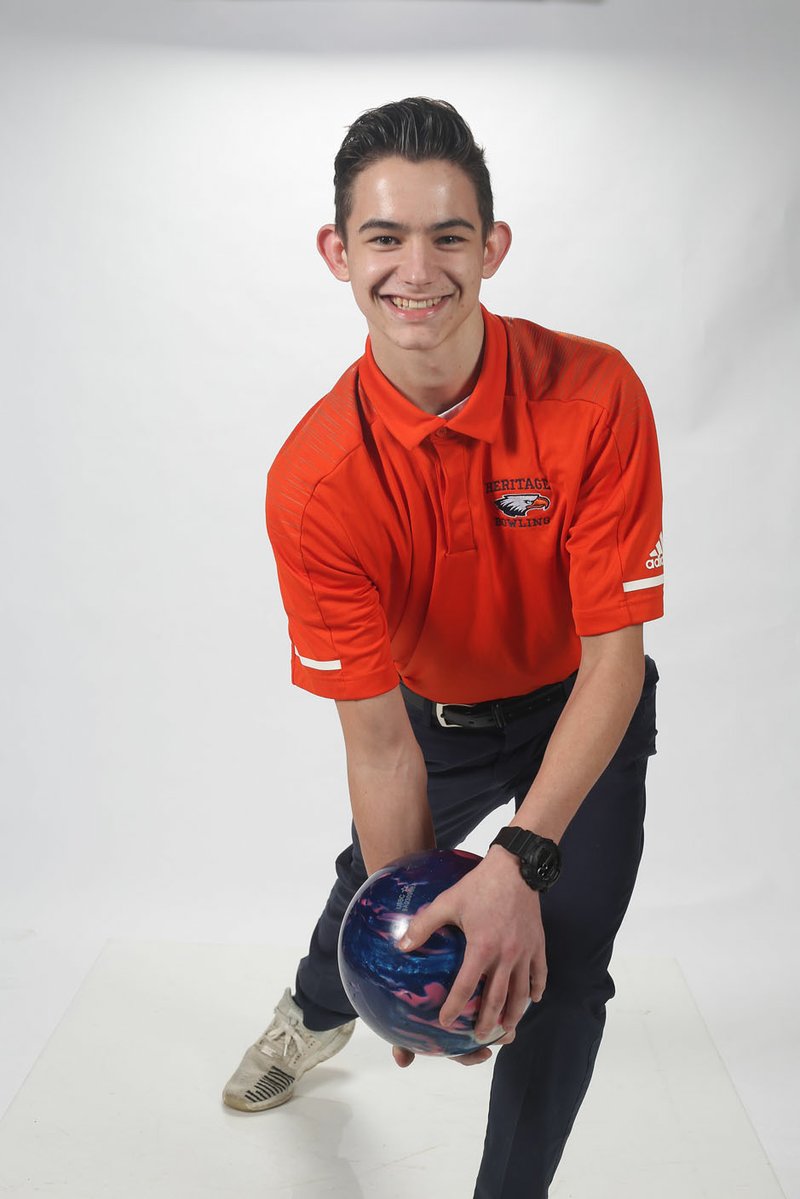 Boys Bowler of the Year

THE SCOOP All-state bowler who won Class 6A state championship at Jonesboro by rolling a 649 series for three games, including a high of 233. ... Rogers coach Juan Garcia calls Maxfield the face of the Heritage program as a four-year varsity performer who will continue to bowl in college at Oklahoma Christian. ... Hopes one day to become a forensic scientist. ... Led Rogers Heritage to a third-place finish in the state tournament behind Fort Smith Southside and Bentonville. ... Bowled a 290 while practicing as a sophomore. Rolled all strikes after picking up a spare in the first frame. ... Rolled a 268 during competition his junior year. ... Attends Rogers New Tech and bowls for Heritage.

DID YOU KNOW Maxfield is a rarity in the fact he bowls with two hands and rolls a ball which has two holes instead of three. He credits his mother, Malaine Maxfield, for getting him involved and guiding him through his career at Rogers Heritage.

QUOTABLE "It was my freshman year, and I tried out for the basketball team and didn't make it. My brother, Taylor, heard about bowling from a girl at our school, and we both tried out and happened to make it. We had never really bowled before, and we spent all summer and spent all our money at the bowling center trying to get better."

All-NWADG Athletes of the Year

Wrestler of the Year - Jake Turner

Wrestling Coach of the Year