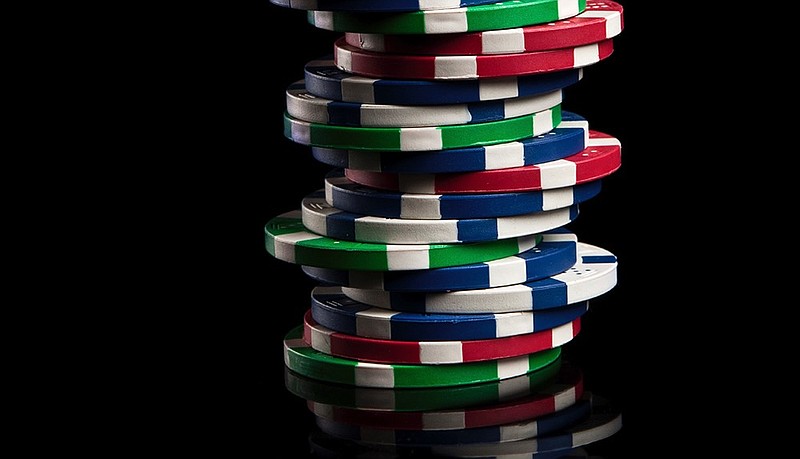 Legalization of recreational marijuana and a proposal to keep a casino out of Pope County may be on Arkansas' general election ballot in November.

Petitioners for both issues submitted signatures by Friday's deadline to the secretary of state's office.

Backers for both proposals turned in more than enough signatures, if validated, to meet the required 89,151 signatures from voters in at least 15 Arkansas counties for access to the Nov. 8 ballot.

If you're curious, that number represents 10 percent of the votes cast in the last general election for governor, which was in 2018.

Neither of these issues should sound unfamiliar. Petitions were circulated in 2020 for versions of both, but the drives for each, as well as some other proposed citizen initiatives, fell short in that first year of the pandemic.

Covid-19 caused numerous public festivals and celebrations to shut down in 2020, eliminating traditional opportunities to collect large numbers of signatures. Individuals, trying to avoid the virus, tended to avoid petitioners, too.

Sponsors of both proposals got the petitioning job done this year, although each is far from actually being certified for the ballot.

Both face scrutiny in the secretary of state's review as well as possible legal challenges, if they are certified.

Nevertheless, Responsible Growth Arkansas, the group pushing the recreational marijuana issue, outdid itself collecting signatures. It says it submitted 192,828 signatures, more than double the number required for what they claim Arkansans want.

The proposal follows voters' approval in 2016 of a medical marijuana amendment, which passed with more than 53 percent of the vote.

It took the state a long time to get the amendment implemented and to license the people who could grow it and sell it. But sales seem to have thrived.

The proposed amendment would issue adult-use cannabis cultivation and dispensary licenses to businesses that already hold medical marijuana licenses. Another 40 licenses would be available through a lottery.

It should not surprise anyone that the folks already licensed to cultivate and dispense medical marijuana are among the financial backers of this proposal to legalize recreational pot. Full legalization potentially would be a boon to their profits.

There will be opposition, most likely from supporters of a competing recreational marijuana proposal. Its backers submitted no signatures by the deadline but do talk of defeating this one so they can bring theirs to the ballot in two years.

Among other things, the proposed amendment would allow for expungement of marijuana-related charges on a person's record.

Fair Play for Arkansas 2022, sponsors of the proposed amendment to remove Pope County as a potential site for a casino, submitted 103,096 signatures from 34 different counties.

In 2018, state voters authorized Pope County as one of just four counties in the state that could have a casino. Amendment 100 passed with more than 54 percent of the vote.

Crittenden and Garland counties, where existing casinos are tied to race tracks, were allowed to expand while Pope and Jefferson counties were made eligible for all-new casinos.

Jefferson County wasted no time getting its standalone casino started. But Pope has proved more challenging for would-be developers.

Cherokee Nation Businesses has secured the state casino license for Pope County and 140 acres to build a casino northeast of downtown Russellville. It has contributed $1.28 million to the Arkansas Tourism Committee, a group formed to keep Pope County's constitutional eligibility as a casino site.

The Choctaw Nation of Oklahoma operates a casino in Pocola, Okla., about 96 miles west of Russellville. It has contributed $2.1 million to the Fair Play for Arkansas 2022 committee, according to financial disclosure documents submitted to the state.

Opposition to a casino from within Pope County has existed from the start, but there was also competition for that casino license, which brought developers to the community to court support.

That support has grown as potential developers settled their differences in court, laid out plans for a resort and casino and sweetened the deal with specific gifts to Russellville, the host community.

But opponents have not given up the fight. Nor will they.

It has been a complicated and extended fight at city and county government meetings, before state regulators and in court.

Just as when the proposed constitutional amendment allowing these new casinos was passed by people all over the state, the proposal to take Pope County out of the constitution's language will require a statewide vote.

It may be hard to get voters in the rest of the state as riled up as those in Pope County -- for or against a casino there, but voters elsewhere will nevertheless decide this one.

That is, they will if the amendment actually makes it to the ballot.

Print Headline: What are the odds?