Others may be writing today about Paul Greenberg, as they should.

But I'd wager none of them ever got called an old shade tree in one of his columns or penned a response column saying, yeah, well, Greenberg was the poison oak creeping up the trunk of a radiant spring dogwood.

Do you think maybe I overreacted?

Something I can't recall was going on at the time between us or mostly in my imagination.

An old shade tree can be beloved. But all I could think at the time was that he was calling me a lazy, lumbering old landscape fixture that never really stood out but was always comfortably there, keeping out the light four days a week.

You don't think--do you--that I was hypersensitive because that's how I saw myself?

I soon left the paper, speaking of overreactions and reasons I can't remember. Eleven years later I came back, hat in hand, and publisher Walter Hussman welcomed me without telling me he had told me so, though he had told me so.

He said I'd burned no bridge with him. I said I felt like I ought to talk to Paul, and he said that probably was a good idea.

I decided to tell Paul the truth. I got him on the phone and said, man, I don't remember much of that and tend to think it was silly, but what I do know is that I missed the professional association with world-class talent, which there isn't a lot of, but which you've got.

He said he was delighted to have me back to contribute to "variegated" views on the editorial and op-ed pages.

"Variegated." Is that not perfect?

He meant independent voices expressing themselves in ways that differed by shading and tone, not in the shouted interruptions and pointless "balance" of hard partisan right and hard partisan left on, say, "The McLaughlin Group."

Once Paul gave a strong pro-life recorded commentary for the local NPR station. Listener reaction--liberal donor reaction--was so strongly displeased that the guest commentary feature, which was just beginning, was axed. So I arbitrarily invited him to join me on my weekly Friday-afternoon review of legislative session news.

We bored listeners with all our variegation.

Many years earlier, around 1990 when I was editor of the Arkansas Times monthly magazine and Greenberg was still in Pine Bluff writing editorials for the Commercial, Paul's late and dear first wife, Carolyn, had shown up at the Times to hand me a newly published book collection of his columns.

She said he'd never promote himself in such a way, but she wanted me to consider reading the collection and reviewing it if I'd like.

About all I knew was that Greenberg had won a Pulitzer Prize. I didn't see the Commercial much. So, I sat down with the book and commenced reading.

I wrote a review saying I disagreed with practically every column but that it didn't matter because "man, these phrases."

Nearly everyone has political opinions. Primitive, simplistic and uninformed expressions of them have become their own pandemic.

But no one--yes, I'd say no one--wrote as well as Greenberg wrote, or wrote as well in quite the elegant way he could write.

So, when news came Wednesday morning that Paul had died, I took directly to social media to say what instinctively occurred to me, which was the most important thing, writing.

"He told me to write drunk and edit sober, meaning spew it out recklessly, because original composition is agony but, once the ratty draft is on the page or screen, then you can start revising, polishing, refining, which is great fun.

"My editors know the only thing that stops me from tinkering is a hard deadline that has passed, and, after that, a page proof that has already been sent.

"I asked him once about using sentence fragments and starting a sentence with 'and,' and he said forget the rules and go with your 'ear,' provided your 'ear' was good. In other words: How does it sound?

"Notice that I used 'and' back to back, because it sounded good to my ear.

"This man was a writing influence and a master wordsmith."

So, now I've written drunk and it's time to sober up and revise and polish.

And I'll stop tinkering--or asking to tinker--only when the press starts running, though improved phrasing seems reason enough to stop the presses.

I hope Paul has enjoyed--and that you have enjoyed as well--our little moment beneath the old shade tree.

John Brummett, whose column appears regularly in the Arkansas Democrat-Gazette, is a member of the Arkansas Writers' Hall of Fame. Email him at [email protected] Read his @johnbrummett Twitter feed. 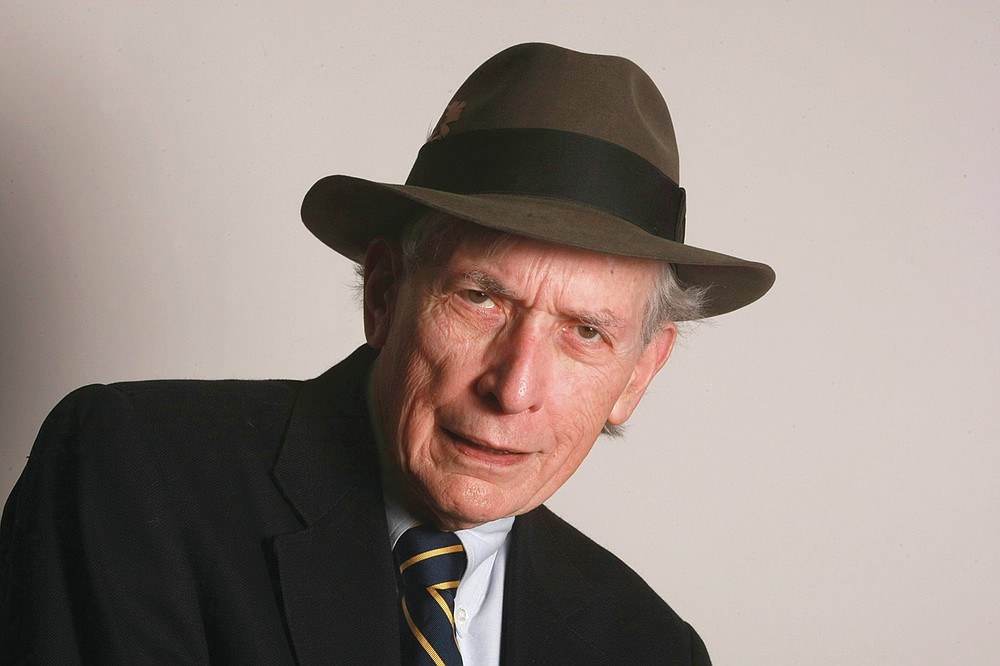 Paul Greenberg is shown in this file photo.
ADVERTISEMENT