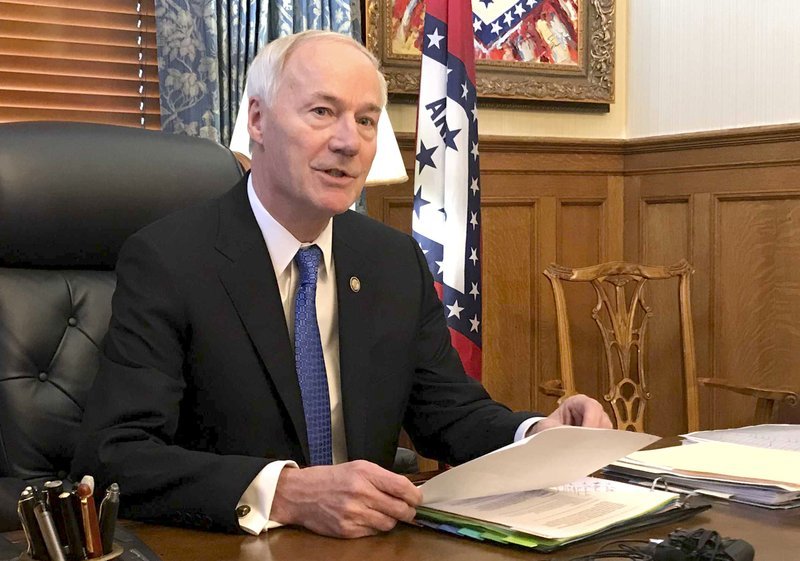 We have our routines, the comfortable rhythms of life. While those rhythms may shift over the course of time, if the impetus for change is external and to a great degree beyond one's control, it's understandably upsetting.

Arkansas can handle the small number of refugees sent its way by the federal government. It’s unfortunate some state lawmakers can’t or won’t see that.

Disruption plays out all the time in government affairs. A developer proposes a dirt mine that neighbors resist because of its potential to turn their bucolic lives upside down. Or a property owner who has enjoyed the benefit of a publicly owned wooded area next to his property for years comes unglued when the public decides it actually wants improved access to their land. Planning boards, city councils, quorum courts and civil courts exist because disruptions are a part of life that have to be figured out.

Some of our state lawmakers have shown signs of unwanted disruption in their lives in recent days. A few are up in arms over Gov. Asa Hutchinson's announcement just before Christmas that he would continue to allow refugees from other nations, allowed into the USA by federal policies, to be resettled within the state's borders.

Such resettlements have been going on for years, particularly in Washington County through an organization called NWA Canopy. The group and its volunteers prepare in advance for the arrival of federally investigated and approved refugees, then help establish them with housing, jobs, educational opportunities and other needs. These are folks who have escaped terrible conditions in their home countries and qualified through U.S. State Department to be received by our freedom-loving nation.

It's not easy even for persecuted or forcibly displaced people from other countries to earn a new opportunity in the United States. The federal government doesn't accept a lot of the millions of displaced individuals and families from around the world, and President Trump has clamped down even on those small numbers. For 2020, the number of refugees to be admitted to the United States totals 18,000.

The president went even further, establishing a protocol by which each state's governor could reject refugee across the board. Each governor has to specifically opt into the program even though the resettlement work is done by various faith-based groups, not state government. The policy stands as an additional barrier to helping even the small numbers the U.S. lets in. Just the other day, Texas' governor decided to reject refugees, although his state in fiscal 2018 represented the top receiver of refugees with 1,669.

Arkansas took in 59 refugees in 2018 -- that's 0.26 percent of all refugees arrivals to the United States that year. Forty-one other states took in more refugees than Arkansas did, including little ol' Maine, which has less than half the total population of our state and is just 67 percent as big geographically.

For those who like to think in terms of Southeastern Conference competition, Arkansas was beaten by Kentucky, 896 refugee resettlements; Georgia, 833; Florida, 587; Missouri, 465; Tennessee, 420; and South Carolina, 100. We did better (or worse, if you think like some legislators) than Alabama, Louisiana and Mississippi, all of whom took in fewer refugees than it takes to put together a competitive football team.

Gov. Hutchinson's decision nonetheless upset some lawmakers. Hutchinson last Monday spent time before a panel of legislators who demanded explanations and conjured up fearful notions of an America being destroyed from "some of the craziest ideas." By ideas, we get the sense Sen. Gary Stubblefield of Branch in Franklin County meant "people." And since the topic was the resettlement of a few dozen refugees in Arkansas, one gets the hint those "ideas" he doesn't care for come from foreigners.

Want a robust debate on illegal immigration? Fine, but this ain't it. Refugees are in the nation legally, having been fully vetted for years by the federal government. They are not refugees by choice, but by the threatening actions of others. Have these lawmakers lost all capacity for believing in a nation with a capacity to reach out and show compassion for people who have followed U.S. laws and sought refuge in an appropriate way?

So these lawmakers don't like the perceived disruption refugees represent in Arkansas? Their attitude would be funny if not so sad. The refugees could tell us all a few things about real disruption. For a lot of Arkansans, a disruption might be a water heater conking out or a neighbor installing a fence a few feet too far onto our property. In other countries, a disruption is a bomb or a battle raging nearby. Or it might be door kicked down by gun-wielding militants in the middle of the night and a spouse or parent dragged off. It might mean living under constant watch just because one doesn't fit into the "right" religious or ethnic group. Or it could mean facing the prospect of a daughter or son hauled away because their bodies represent a marketable product.

And fear mongers in the Arkansas Legislature wish Gov. Hutchinson would have taken President Trump's bait and rendered a decision like Texas Gov. Greg Abbott did.

We're glad our governor isn't kowtowing to the least-common denominator in this great state.

It's unbelievable the governor had to spend time testifying in a legislative hearing on this. How many hearings did lawmakers demand so they could look into corruption among their own members that led to a half-dozen lawmakers resigning from office? None that we know of. But a few legal refugees seeking a life of safety and freedom are a threat? To quote the great American philosopher Sherman T. Potter, "horse hockey!"

Another senator, irked that Hutchinson had the audacity to render on his own the decision President Trump's policy required of him, called on residents to contact their local leaders and lobby them to reject refugees. It was a shameful request, based entirely on either ignorance or cynical politics.

Arkansas can afford to be a place that accepts these small numbers of refugees and gives them a new chance at life in a nation that not only loves liberty, but historically has had a strong and admirable desire to share it.

"Each of you are leaders in your community; you've got a choice to make," Gov. Hutchinson commendably told the lawmakers. "You can create fear, or you can help resolve fear. I challenge you to help resolve fear, have the facts and to talk about those."

We're not sure some of our lawmakers are up to that challenge, but as representatives of this great state, they should at least try.