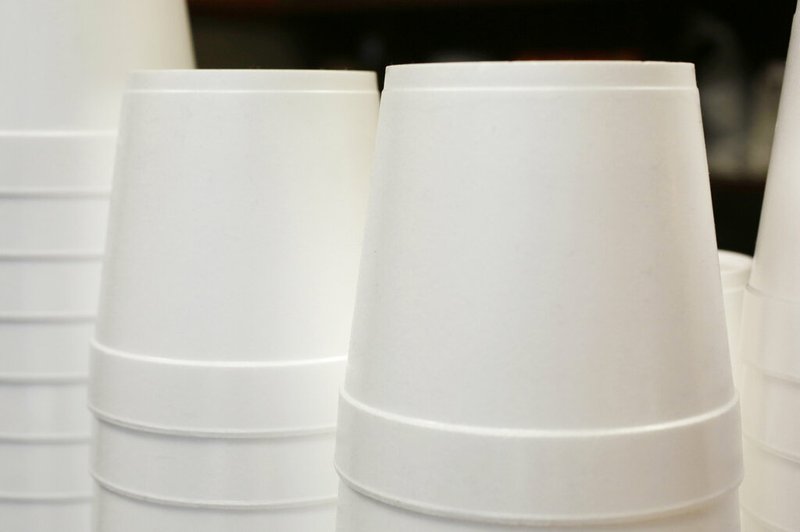 If government intrusion into decisions of private businesses is an ongoing concern -- and we suggest it almost always should be -- the city of Fayetteville's drive to ban Styrofoam and similar single-use extruded polystyrene foam containers might still represent a hill unworthy of dying on.

In battle terms, gaining the higher ground has proven an essential tactic. Military leaders know this. When an enemy holds a hill, an opposing commander must decide whether engaging in a fight to seize the higher terrain is worth the number of soldiers and materials necessary to the task.

Diminishing the use of extruded polystyrene foam containers for an environmental benefit is desirable, even if the idea of a government ban strains concepts of restraint of government.

Perhaps it's because we're in the newspaper business that government bans prove worrisome. Even with a constitutional amendment loudly and proudly declaring that Congress "shall make no law" abridging the freedom of speech, or of the press," American history provides a plethora of examples of government attempting to quash both. How many pieces of literature have schools or communities attempted to ban or burn?

The suggestion of a "ban" is unnerving, because once one begins to imagine things he or she will consider this world better off without and worthy of eliminating -- and embrace a willingness to use government power to do so -- it's tempting to allow one's good intentions to snowball.

Foam plates, cups and packaging aren't free speech by any stretch. Instead, these products are what the free market produced to meet the needs of businesses and their customers. Theoretically, the free market provides compelling evidence of what the public wants, so it's something in the neighborhood of presumptuousness for a few government officials to inject, by government decree, their ideas to the contrary.

A government ban acknowledges a lack of faith in the free market's capacity to ensure outcomes beneficial to the community in which the ban is proposed.

When a government official proposes a ban, it's not just about the product. It's about the behaviors of constituents and how to control them through the power of government. Support for a government ban necessarily conjures up questions about how far those in power are willing to go to have their way.

Generally speaking, we appreciate each of the people who serve in elected positions. Individually, most of them demonstrate a devotion to community through a commitment of time and energy to the greater good. The power to directly control the behaviors of people and businesses with a few "aye" votes can prove tempting, and even intoxicating. In most instances, we advise resistance to the allure of governmental injunction.

As to that hill and whether it's worth dying on? The popularity of single-use extruded polystyrene foam does fly in the face of community and environmental common sense. In a town with more than its fair share of eateries, how sensible is it that we customers haul our food away in foam containers that are used for a few minutes or, at most, a day or two, but will last many years in the environment? Advocates, such as the City Council's Teresa Turk, certainly are not wrong when they suggest the cost-to-benefit ratio (environmentally speaking) is out of whack.

Replacing the foam containers with ones more easily recyclable makes a great deal of sense and has for a long, long time, even though they tend to be more expensive.

City staff in Fayetteville is quite skilled at building a case for the policies their elected leaders have decided to put in place, and they've done so with expanded polystyrene foam. The best arguments contrary to the advocates' stance, like ours above, is the desire to keep government out of private business. It is unlikely anyone will champion foam products themselves.

That the community can rid itself of single-use foam products without causing us to shed tears doesn't diminish the concern about government overreach. Bans are among the most aggressive of government actions. When talks turn to the concept, we encourage community leaders to always ask whether there's a better, less authoritarian way.

Print Headline: Keep a lid on it