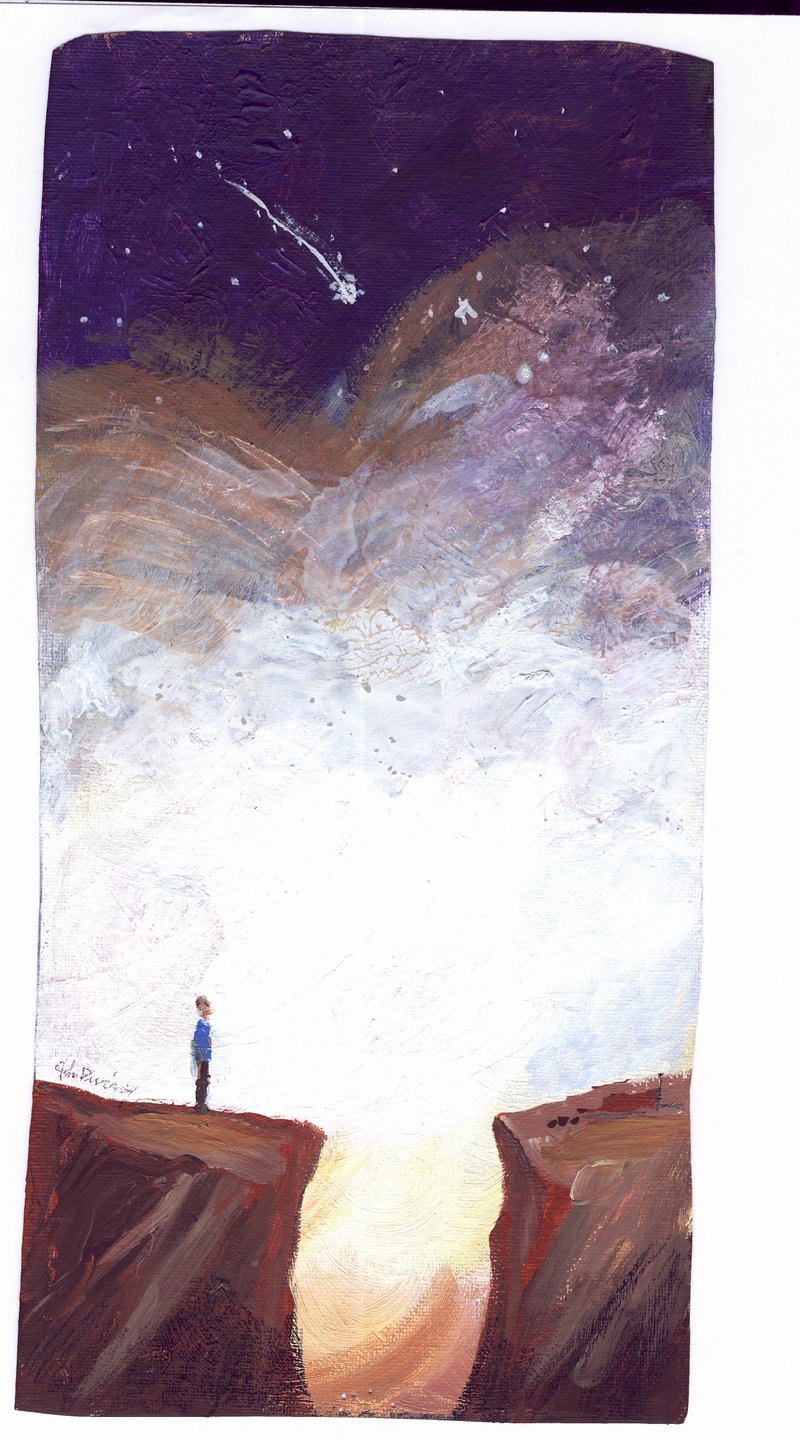 On May 23, SpaceX launched the first batch of Starlink, its long-awaited satellite constellation. SpaceX CEO Elon Musk has been touting Starlink’s future ability to provide Internet to the world as a way to improve the lives of those who lack such access.

When the satellites first appeared, many SpaceX fans were thrilled at the sight: Each bright dot of light marched along like illuminated insects in the sky. But the shocking brightness of Star-link also sent astronomers into a full-blown panic.

Thenightskyisnottalked about like a limited natural resource, but it is. As the world’s cities have grown, light has blotted out many features of the night sky. Humans see fewer stars now than ever. This isn’t just a problem for those of us who like to look up; it’s an issue for science.

With thousands of objects orbiting overhead, astronomers who study space already struggle with satellite photobombs. Those who observe distant galaxies, the early universe or even planets in other solar systems must collect data from the farthest regions of the universe. To do this, they use large ground-based telescopes that collect light for minutes or sometimes hours at a time.

When satellites pass through the frame, they leave a bright streak. Sometimes that data can be rescued, but other times the image is tossed. This isn’t just an issue for optical astronomy either; the frequencies emitted by these satellites affect radio astronomy, as well.

light for a living. But Starlink’s end goal

is the real problem. Currently, 200 to

above our heads, the same altitude for the Starlink constellation. That’s bad enough for astronomical data. And Musk would like to turn that 400 into about 12,000.

In true Silicon Valley fashion, Musk and his team didn’t consult with any scientists, astronomers or ethicists about what launching 12,000 satellites into space might mean.

“The fact that these new objects in the sky were so bright, and brighter than many of the stars, was just quite terrifying, actually,” says Jesse Christianson, a scientist at the NASA Exoplanet Science Institute at the California Institute of Technology. “Basically, what it means is that some fraction of ground-based astronomy images, especially wide field surveys, will be not as useful for science.”

Before Starlink launched, SpaceX provided no public information about where the satellites would orbit. Astronomers scrambled and waited to see exactly how bad it would be.

When photos began hitting Twitter of people spotting Starlink marching across their skies, many scientists began to worry. “When I first saw the images that some astronomers put online, all these things, going overhead as bright as the brightest stars, I had just an immediate sensation of panic, because of the implication,” said Jonathan McDowell, an astronomer at the Harvard Smithsonian Center for Astrophysics.

The panic was so severe that Musk and his team tried to quell everyone’s worry by saying the next Starlink batch they launch will be redesigned to appear less bright in the sky. And Musk tweeted a reminder that his goal is providing the world with Internet: “Potentially helping billions of economically disadvantaged people is the greater good. That said, we’ll make sure Starlink has no material effect on discoveries in astronomy. We care a great deal about science.”

But if SpaceX really did care that much, why didn’t anyone bother talking to a scientist or two about what Starlink might do to observational astronomy, radio astronomy and the sky in general? Even with a redesign and altered orbits, bright satellite flares and the reflection from their solar panels will still be an issue for those outside of major urban areas, McDowell says: “You’ll still see them just at the limit of your vision; it will look like the whole sky is crawling.”

We all have a relationship to the night sky, whether we realize it or not. It is something that we share in memory with our ancestors. It is perhaps the one constant over generations.

We know that the people who came before us saw the planets and stars rise and set in the sky at the same time every year. That steady starlight has been used for navigation around the world; many fishermen still use the stars this way.

The North Star was a guidepost for enslaved people escaping through the Underground Railroad: It was the one constant mark of light that pointed their direction toward freedom. And for many of us, simply reveling in the beauty of the darkness is enough to warrant value.

Sometimes those bright beacons are not just stars on fire in other parts of our galaxy. Some are entire worlds. Whole planets. The first time I realized this, I was 7. My grandpa bought a small silver telescope from an astronomy catalog and took me out to our front lawn, where we planned to stargaze through a smoggy Los Angeles sky. I’d always looked up as a reflex when I went outside. For a child, those bright spots garner a lot of wonder.

This dinky little silver tube with skinny wooden legs barely leveled on our lawn, but he knew exactly which bright dot he was trying to show me—and it was no dot at all. He turned to what seemed to be a random point in the sky and told me to put my eye to the viewer, and a tan, hazy world with rings appeared.

“That is the planet Saturn,” he said. I pulled back from the viewer, and looked back at the sky. Without the telescope, Saturn was just another star, indistinguishable from the rest.

SpaceX wants to add more of those bright dots to the sky, but at what cost? Whose job is it to decide what the night sky means for everyone else?

It’s not even certain that Musk’s project will work. He estimates he needs at least 720 satellites to test for moderate coverage, but even getting to this point requires hundreds of satellites. The Federal Communications Commission provided the license for SpaceX to launch these initial 60 satellites, but there is no Committee to Protect Against Disruption of the Night Sky that is tasked with considering these types of effects.

But maybe there should be, especially as the Trump administration and some allies in Congress push to roll back oversight of commercial space activity. (Washington Post owner Jeff Bezos also owns a commercial space company, Blue Origin.) If Musk’s exercise succeeds, what happens then?

“If you think forward 100 years, suppose that [there are] 12,000 Star-link satellites, and you have 1,000 industrial orbiting facilities the size of the [International Space Station],” says McDowell. “Then you can see a regime in which you really can’t do optical astronomy in a serious way anymore.”

For now, astronomers are waiting to see what harm these 60 satellites will do, and they’re doing more calculations about what their work will look like if SpaceX continues to place more in the sky. SpaceX has yet to figure out if it needs to launch all 12,000 to get its Internet speeds. Its minimum goal, though, is to at least double the amount of satellites that are already there.

It doesn’t seem unreasonable to seek hearings and consultation with astronomers, historians and others who could provide some context for the whole project before another license is granted. If Starlink cannot launch without damaging the night sky, then SpaceX should find a less harmful way to give us access to the Web, even if it’s less conveniently achieved.

Anyone who’s ever been to a patch of really dark sky and followed along the arm of the Milky Way or discovered a new star that appears slowly out of the blackness, knows the significance of being able to stand in the dark, to be affected only by nature. To bear witness to the night in this way is deeply humbling. To stand below the space that connects us with the rest of the universe reminds us that we are a part of the cosmos.

We exist here, together. And if we let Silicon Valley disrupt the night sky, we will never get it back.