COMMENTARY Those Who Do, Do - And Teach 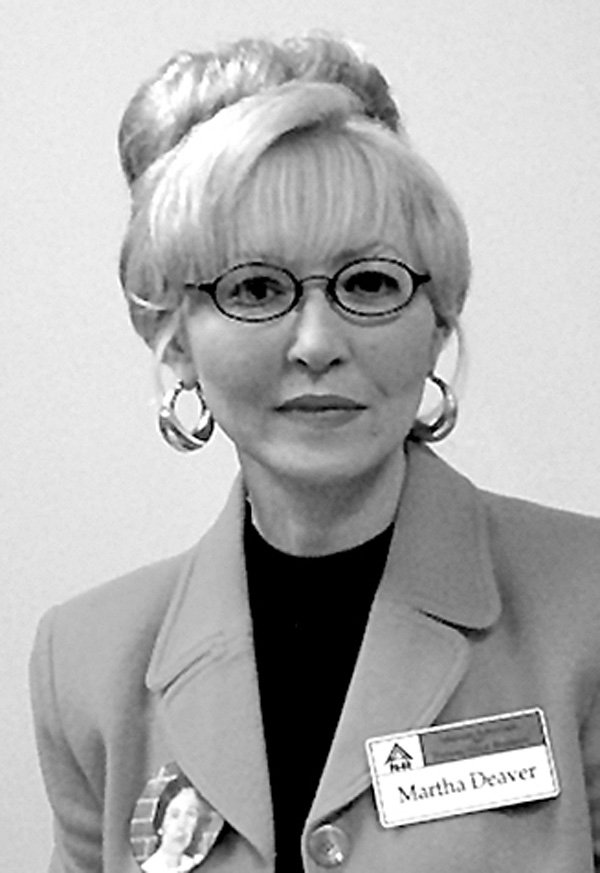 I get to criticize other people’s mistakes and get paid for it. Even I get tired of that sometimes, though.

So today’s topic is Martha Deaver. She does more than criticize people’s mistakes. She does something about them, especially when those mistakes kill people.

As you read this, Deaver’s getting ready to go to Washington, D.C.

On Friday, the director of the Federal Bureau of Investigation, Robert Mueller III, will present her with the 2010 FBI Director’s Community Leadership Award for the state of Arkansas. The ceremony will take place with other states’ winners at FBI headquarters.

That award is one thing you can get for being an advocate. Deaver’s particular mission is to help nursing home residents and their families. She has that kind of drive and focus people get only from tragedy: Her mother died in a nursing home.

The irony is that she’s a top-notch investigator, able to dig through the massive piles of government records regarding the nursing home industry and ask all the right questions.

The FBI ought to hire her.

She’s a better investigative reporter than I ever was.

Now when I say she’s an advocate, people will assume that she’s fighting evil and sees it everywhere. That’s not true. A nursing home that does things right couldn’t have a better witness.

If one fouls up, though, Martha might know about it before the nursing home does. Yes, her network ofsources is that good.

People who wonder about the care of their loved ones call her. They should.

No, this isn’t a lady who’s disappointed when she doesn’t find a scandal.

As the FBI put it in the announcement: “Martha Deaver’s selection is based upon her diligent and dedicated work to not only improve the lives of the nursing home residents in Arkansas, but also across the United States, by protecting them from crimes and abuses committed against theseelderly and infirm citizens, as well as raise the public’s attention to this tragedy.”

Sound serious? This award goes to people whose work in “areas of terrorism, crime, drug, gang or violence prevention/education have had an exemplary impact on the community.”

The statement goes on:

“In addition to her advocacy work for those who are often incapable of protecting themselves, Martha Deaver has become a resource on these issues for numerous media outlets, public relations companies and the public at large.

Through her outreach efforts, Martha Deaver hasraised the public’s and the industry’s awareness of the vulnerability of those in nursing home facilities.

She has also worked extensively with federal and state agencies, such as the Arkansas Office of Long Term Care, that are responsible to keep these citizens safe from abuse and criminal activity.”

She also worked for three years with Consumer Reports to produce an in-depth documentary on America’s Nursing homes titled, “The Crisis in America’s Nursing Homes.” She was a contributor to the 2004 Government Accountability Office report titled “Arkansas Coroner Referrals Confirm Weaknesses in State and Federal Oversight of Quality of Care.”

People in the newspaper business hear that a lot.

Well folks, there’s another kind of person. There are those who do and those who criticize, too. We need more of them.

The Arkansas Advocates for Nursing Home Residents website is www.

aanhr.org. If you’d like to talk to Deaver, she will return you message. I can vouch for that.

Print Headline: COMMENTARY Those Who Do, Do - And Teach