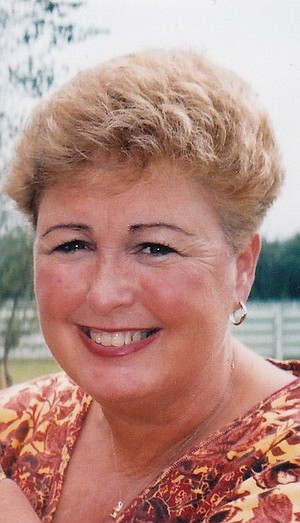 Merry Ann Wheat Peoples left for Heaven on Saturday morning, June 27, 2020. She died at home under hospice care with her husband, Rusty, at her side. On November 15, 1955, Dr. Ed Wheat and wife, Gay, of Springdale welcomed a third daughter, Merry Ann. Merry Ann grew up in Springdale and graduated Springdale High School in 1974. She attended John Brown University.

Merry Ann would tell you the 2 most important decisions of her life were:

1. At age 15, at a Christian summer camp, she accepted Jesus Christ's finished work on the cross on her behalf and became a Christ follower.

2. In August, 1978, she married the love of her life, Jimmy Ray "Rusty" Peoples, Jr., with Rev. G. Michael Cocoris officiating (the camp speaker who had led her to the Lord).

Rusty and Merry Ann began married life in Van Buren then moved to a Little Rock house on a small farm in Cedarville, later moving to Ft. Smith's South "P" Street and then on to Apple Ridge Circle. Lastly, they moved to their beloved Craftsman cottage on Strozier Lane, Barling. Each home was lovingly decorated with Merry Ann's just-right, personal touches.

Merry Ann had a special way with animals, welcoming numerous dogs and cats into their home and showering them with attention and affection. If she was sitting down, there was always a kitty or puppy vying for her lap.

Besides her "pet projects," pastimes included Bible study, playing hymns on the piano for her own pleasure, swimming, flower tending, and daily phone calls with her mother.

Throughout her life, Merry Ann endured many health challenges, hospitalizations, multiple scans, scopes, surgeries and kidney dialysis. She is the bravest woman we know.

Merry Ann is predeceased by her daddy (in 2001). Those left behind are missing her, yet rejoicing that she is now in the presence of her Lord and Savior, "… and so shall [she] ever by with the Lord." They are: Husband, Rusty, of Barling, and son, Ray, wife Abbi, and their sons, Graham and Owen of Shawnee, Kansas. Ray pastors New City Church, Kansas City, Kansas. Mother, Gay Wheat of Springdale. Big sisters Melinda Mason and husband Sam of Springdale. Joy Shoemaker and husband Rick of Tulsa, Oklahoma. Her much-loved father-in-law, Jim Peoples of Fort Smith. Sister-in-law, Jane "Janie" Peoples of Van Buren. 10 nieces and nephews and 11 great nieces and nephews.