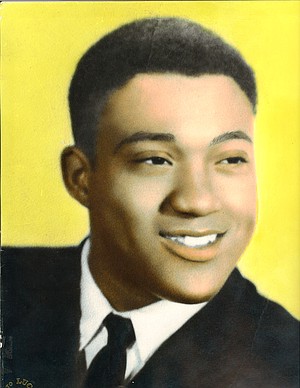 Ronald Carl Stewart, 74, went to meet his heavenly father on January 22, 2020. He was a loving Husband, Father, Brother, Grandfather and Uncle who had lived in Bentonville, Arkansas since his birth on January 3, 1946 to Leatrice Gloria Stewart (predeceased). "Carl", as most of his friends and family referred to him as, was the first African American student to integrate into Bentonville schools (1955) and graduated from Bentonville High School in 1964. He had fond memories of his classmates and spent time with them throughout his life. His positive experiences while integrating and attending Bentonville Schools were also documented in the book "Boom Town: How Wal-Mart transformed an All-American town into an International Community" by Marjorie Rosen. He was a generous and spiritual man who had a deep conviction to teach about and profess the word of God. He was a member of the Park Street Baptist Church for 30 years and volunteered his time to teach Sunday school. He worked as a machinist for Union Carbide/Glad/First Brands/Clorox and retired after 41 years of service. Additionally, he was an Army veteran who served his country in Vietnam. He loved to read comic books, watch movies with his family and cruise around in his Black Mercedes Benz A.K.A. "Hammer." He is survived by his wife Lanet of Bentonville; his sons Ron (Danielle) Stewart from Syracuse, New York and Owen Stewart of Marysville, WA; his stepchildren Lynet, Joseph, Alecia and William from Illinois; his grandchildren Lucian, Marcellus and Angelo (Syracuse, New York) and Chloe, Norah and Aniya (Marysville, Washington); step-grandchildren Elijah, Isaiah, Nicholas and Allora (Illinois); his brothers Charles (Theresa) Stewart and Vyncent (Yvonne) Stewart from Bentonville; nephews Charles Jr., Justin (Joanna) and Mychael (Haleigh) and niece Erika; grandnieces Isla and Elliott, great-nephew Stevie. Visitation will be Tuesday January 28 from 2-4 p.m. and funeral services will be on Wednesday January 29th at 1 p.m. The visitation and funeral will be held at the Benton County Funeral Home 306 N 4th St, Rogers, Ark., 72756. Online condolences to www. Bentoncountyfuneralhome.com. All are welcome to attend and celebrate Carl's life. "We can prepare for the future but we can never prepare for the moment."