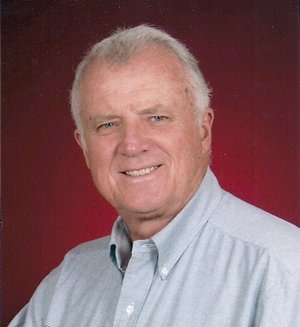 Butch was born on March 11, 1940 in Cloquet, Minnesota to Harry L., Jr. and Hazel Newby. He earned both his BA and JD degrees from the University of Minnesota. Butch was captain of the University's golf team, which he considered one of his most gratifying golf accomplishments.

After graduating from law school, he returned to Cloquet where he was a successful private practice attorney for over 39 years; giving back to the community by spending half his time as a public defender representing the impoverished in the courts of northern Minnesota. In addition to his law practice, he served as Cloquet's City Attorney for 25 years and as Cloquet school board attorney.

In 2003, Butch and his wife Jill moved to Bella Vista, Arkansas. They joined the Bella Vista Community Church and he became a member of the choir. He was also active in the Bella Vista POA and served on the POA golf committee.

Butch was a kind and giving husband, father, grandfather, great-grandfather, and friend, who will be missed by all who knew and loved him.

He was preceded in death by his parents and his brother, Jay Newby. He is survived by his wife Jill of 58 years; daughter, Kathryn Newby of Albertville, Minn.; son, Logan Newby of Bella Vista, Arkansas; and son, Joel (Patti) Newby of Lake Elmo, MN. He also leaves three grandchildren, Aaron (Tessa) Newby, Dan Ekeroth, and Kelly Ekeroth; and two great-grandchildren: Piper Newby and Zoey Newby.

The family will also be holding a Celebration of Life on Thursday, July 9, 2020 in Cloquet, Minnesota.