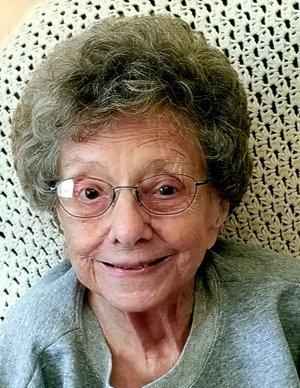 Mrs. Marcelyn Lavender Brown, age 101, joined husband, Cecil, in heaven on January 9, 2020. Marcelyn was born in Brandon, Texas, on October 22, 1918. She loved to relate the story that on the day she was born, her dad told her brothers and sisters a storm was coming, and yes, one did!

Cecil and Marcelyn were married on September 16, 1938. They ran the OTASCO store in Springdale for 45 years. They both loved Springdale and were very active in the city and their church. Marcelyn was a member of the First United Methodist Church for 72 years. She was a member of Beta Sigma Phi, Hospital Auxiliary and United Methodist Women. "Mama B," as her grandchildren called her, loved to cook and was famous for her spicy-hot Party Mix and delicious Pecan Pie. She also was known to play a few jokes on good friends.

Marcelyn was preceded in death by her parents, siblings, husband and great-granddaughter Josie Gray. She is survived by daughter, Brenda Baker and husband, Ron; son, Lyndall Brown; grandchildren, Kari Riggins and husband, Kevin; Clint McClain and wife, Liz; Buffy Gray and husband, Chad; Ginger Grimsley; great-grandchildren, Dakota Riggins and wife, Lauren; Granger Riggins and wife, Hannah; Remington, Stockton and Gunnison Riggins; Luke and Nick Gray; Macy and Harper Grimsley; two great-great-grandchildren; and the Gibbs girls. She is also survived by many nieces, nephews and very special, lifelong friends, who loved her like a mother and will miss her dearly.

Memorial contributions may be made to St. Jude's Children's Research Hospital. A graveside service will be held at a later date. Arrangements are with Benton County Memorial Park Funeral Home, Rogers.