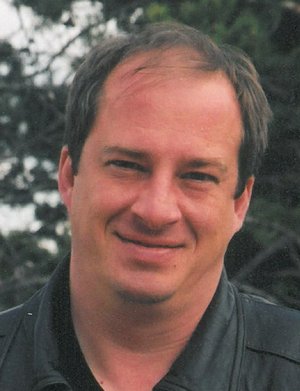 Robert (Bob) J. Snook, 56, of Rogers, Ark. passed away Thursday, November 28, 2019, from a massive heart attack. He was born June 26, 1963 to Arthur Joseph and Edith Fae Pollock Snook. He was a former Walmart associate for 33 years. He traveled to many states remodeling and setting up the stores.

He was preceded in death by his father, Art; and a younger sister, Laura Kirby. Bob is survived by two children, Blake Snook and partner, Kendra London of Garfield, Ark., and Ashley Snook and partner, Aaron Coleman of Calif.; his mother, Edith of the home; sister, Cindy Wallis of Plano, Texas; two nieces, Hallie Wallis of Plano, Texas and Caitlyn Kirby of Fayetteville, Ark.; and his best buddy that he fondly called "brother", Dennis Quick of Hutchins, Kan.

There are no services planned per Bob's request. Arrangements have been entrusted to Stockdale-Moody Funeral Services in Rogers. Memories may be shared at stockdale-moodyfs.com.