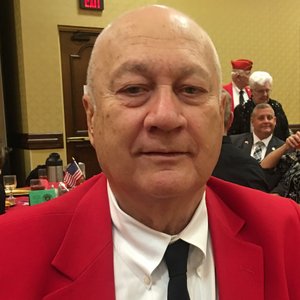 Doctor Johnny L. Dillard, a friend of, and an advocate for Veterans, passed away March 14, 2018 in Lowell, Arkansas.

Born May 16th, 1948 in Clarksville, Ark., he graduated from Lamar High School in 1966. He was an exceptional athlete and track letterman at his University and graduated with a B.S. in Physical Education from the University of the Ozarks in 1970.

Upon his release from active duty, he was an Arkansas public school teacher, administrator and athletic coach. Concurrently, he was a member of the Arkansas National Guard, serving in many company and battalion leadership positions. His reputation as leader, academician, and tactical officer in the Arkansas National Guard lead to his assignment as a staff member of the Army ROTC unit at Arkansas State University, Jonesboro, Ark., where he served as executive officer and professor of Military Science. Later he was transferred to the Army National Guard Bureau, Department of Defense, Washington, D.C. He retired from the National Guard Bureau as a Lieutenant Colonel.

In Lowell, Ark., he was Chief Executive Officer of Central Research, Inc. which was recognized as one of the top 100 disabled veteran owned organizations in America. He was an active member of the Alumni Association Board, University of the Ozarks, Marine Corps League and his church, Grace Baptist Church, Rogers, Ark.

Celebration of Life will be Wednesday, May 30, Grace Baptist Church (Rogers) at 10:00 and University of the Ozarks Chapel (Clarksville) at 3:00. Burial will be later at Arlington National Cemetery with full military honors.

In lieu of flowers, donations can be made to NWA Toys For Tots, 6301 South 57th Street, Rogers, 72758. Via website, https://toysfortots.org/donate/Default.aspx - Rogers, Arkansas chapter.