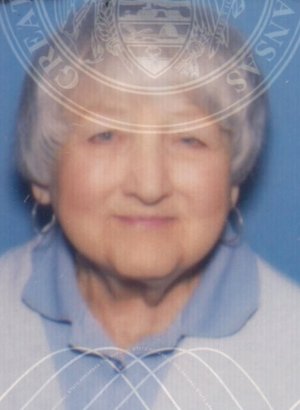 Wilma Rita "Rita" Farris, 80, of Rogers passed away Wednesday, March 7, 2018. Rita was born March 15, 1937 to the late Leon B. and Wathena M. Feagins. Following graduation from high school in Wichita she began a long career as a secretary for several firms all while raising her family. She became a full-time homemaker when she and her husband relocated from Wichita and thoroughly enjoyed caring for her home.
For nearly 30 years she was the loving wife of Tom Farris, who survives. Other survivors include her children, DeWayne Defever (Sandy) and Kathy Johnson (Mike) of Kansas; six grandchildren; 14 great-grandchildren; three great-great-grandchildren; numerous extended family members, neighbors and dear-friends.
A Graveside Funeral service was held Saturday, March 10, 2018 in the IOOF Cemetery in Watonga, Oklahoma conducted by Pastor Kason Oakes of the Watonga Church of the Nazarene. Arrangements were under the care of Rollins Funeral Home in Rogers and Wilkinson Mortuary in Watonga. Condolences may be expressed at www.RollinsFuneral.com.