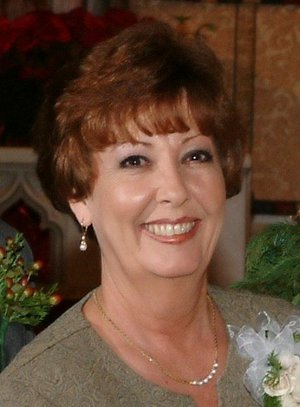 After a courageous battle with cancer, Patty Sue Cason Holland, of Bella Vista, Ark. passed away on March 5, 2016, with her husband by her side.

She was born on February 7, 1949, to Wylma May Cason and Carl D. Cason. Patty grew up in Tulsa, Oklahoma, graduating from Rogers High School in 1967 where she met Mike, the love of her life. They married soon after graduation and had two children, Shelli and Jeff. Patty was very involved in the lives of her young family as a homeroom mother, Bluebird leader and soccer coach.

As her children grew older, Patty went to work outside the home eventually settling at State Farm Insurance where she had a successful career in medical claims and then entered the company's agency program. In 1998, she and Mike left Tulsa to begin a new chapter in their lives in Marietta, Oklahoma, where together they built a successful State Farm Insurance agency, developing many friendships in the Marietta and Falconhead communities.

A lifelong creator, Patty was known by her family, friends and co-workers for her sewing, cooking, cross-stitch and crafting skills. Those close to her were the lucky recipients of gifts she generously made from the heart. She worked alongside Mike as they tackled endless home improvement projects including gardens, decks, refurbishing a cabin at Lake Tenkiller, and completely remodeling their business office in Marietta and home in Falconhead. Patty retired from State Farm Insurance in 2014 before moving with Mike to Bella Vista, Arkansas, in August of 2015.

Friends and loved ones will remember Patty's beautiful smile, dry sense of humor and giving spirit. She was a dedicated mother, always there to dispense sage advice or lend a hand whenever it was needed. Her devotion to Mike as a wife and friend was the definition of true love and marriage.

A memorial service will take place on March 18, 2016, at 1:30 p.m. at Cooper Memorial Chapel in Bella Vista, Arkansas. In lieu of flowers, the family suggests contributions in memory of Patty to Circle of Life Hospice, 901 Jones Road, Springdale, Ark. 72762. Arrangements have been entrusted to Stockdale-Moody Funeral Services of Rogers, Arkansas. 479-631-1353 stockdalefuneral.com.