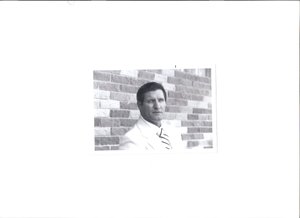 Wayne Roger Hogan, 75, of Rison died Tuesday, May 28, 2013 at his home. He was born October 12, 1937 in Pine Bluff to Wayne A. and Ann Rogers Hogan. He was reared and received his early education in Pine Bluff graduating from Pine Bluff High School. He attended the University of Arkansas at Monticello.

He served in the U.S. Army Reserve, and worked at the Pine Bluff Arsenal retiring in 1983, as Maintenance Supervisor.

Mr. Hogan was a member of the Perryville F&AM Lodge, and the Quapaw Lodge F&AM and he attended Trinity Faith Assembly of God Church in Rison.

Funeral services will be 4 p.m. Friday in the Chapel of Ralph Robinson and Son, with Reverend Travis George officiating, with burial and Masonic Rites in Graceland Cemetery, by Ralph Robinson and Son. The family will receive friends at Robinson's Thursday, 6-8 p.m. Memorials may be made to Gideons International Memorial Bibles. Online register:ralphrobinsonandson.com.