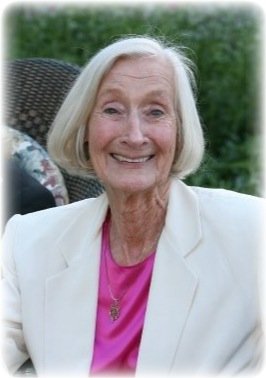 Jeanie Stewart Moore, 84, of Conway, passed from this life on May 25, 2013. She was born June 27, 1928, in Santa Barbara, Calif., to the late James Robertson Stewart and Jeanie Hill Stewart. Mrs. Moore was a member of the Clan Stewart Society USA, patron of the Texas Scottish Society and patron of the Arkansas Scottish Festival. Her husband, William Dayton Moore, and sister, Anne Milne Stewart, also precede her in death.

A memorial Ceilidh will be held on the 85 anniversary of her birth, June 27, 2013, at the home of Ken and Laurie Lake near Rogers, Ark. Memorial contributions may be made to the Paralyzed Veterans of America by visiting www.pva.org.

Jean died with her loved ones at her bedside squeezing Anne's little baby foot. Scottish fiddle music played in the background and Elizabeth had just talked with her from Scotland with her lilting Glaswegian accent. She lived how she wanted to live and died the same way. For online guestbook, www.rollerfuneralhomes.com.