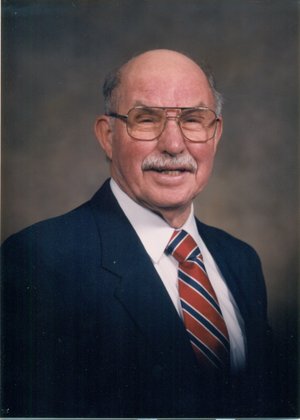 THURMAN WESLEY CLAYPOOL, 93, of Springdale, passed away Friday, May 24, 2013 at the Springdale Health and Rehab.

Thurman was born on Sept. 20, 1919, in Stoney Point, Ark., a son of John Paul Claypool and Bertha Kirk Claypool. Thurman worked for the Civil Conservations Camps in several states from 1937 to 1938 helping support his family. He joined the U.S. Army during World War II, serving from 1943 to 1946 in the Pacific Theater under General MacArthur in New Guinea, the Philippines and Occupied Japan. After the war he went to work for the Steele Canning Co in Springdale for four years before going to work for Arkansas Western Gas Co, where he worked for 31 years, retiring as a Master Serviceman. He served in the Arkansas National Guard for over 15 years, was a member of the American Legion for over 20 years, a member and volunteer for the VFW and a member of the AARP. Thurman attended and was a Deacon at the Silent Grove Baptist Church before moving his membership to Oak Grove Baptist Church. He was the Secretary/Treasurer and caretaker of the Forest Park Cemetery in Springdale for over 50 years. He raised cattle, loved horses and gardening and was an avid reader.

Thurman was preceded in death by his first wife, Margaret Jane Beasley Claypool, on May 3, 1990. He married Mary Louise Burnett on May 22, 1993, celebrating 20 years of marriage.