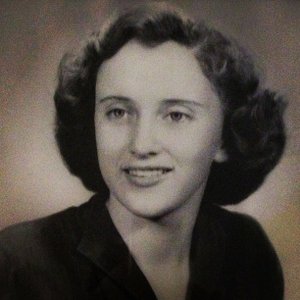 Adeline Anne Gatewood Meazle, 77, of Conway died May 13, 2013. Anne was a retired longtime elementary, kindergarten, and gifted+talented educator across many schools in Garland, Lubbock, and Houston, Texas, Little Rock, Lavaca, County Line, Quitman, and Sherwood, Arkansas, and Wainwright, Alaska. The body will be cremated.

She was born December 21, 1935 in Dallas, Texas to parents Evelyn Mullaney and James Raleigh Gatewood. Anne was preceded in death by her parents, and her husband James Leonard Meazle Sr. She is survived by one brother, Jim Gatewood of Garland, Texas; two sisters, Mary Gatewood Nichols of Austin, Texas and Virginia Gatewood Clower of Heath, Texas; three sons, James (Rusty) Meazle (Lori) of Culpepper, Ark., John Meazle (Melenda) of Cincinnati, Ohio, and Joseph Meazle (Betsy Hart) of Conway; as well as two granddaughters, three grandsons, and one great-granddaughter.

Anne was a 1954 graduate of Garland (Texas) High School, attended William Woods College, Southern Methodist University, and University of Wyoming; holds a BS in Education from the University of North Texas, and a MS in Education from University of Central Arkansas. She was an alumna of Gamma Phi Beta Sorority at SMU. She was a member at St. Peter's Episcopal Church in Conway, Arkansas where she was very active having served on the Vestry, Altar Guild, and on the Christian education and garden committees.

Memorial Service will be held at 2:00pm, on Sunday, May 19, 2013 at St. Peter's Episcopal Church, with interment at the columbarium in the church's garden. Flowers may be sent to St. Peter's or in lieu of flowers, the family asks friends and family to donate to their favorite charity. Arrangements are by Griffin Leggett Funeral Home, Conway. Online guestbook: www.griffinleggettconway.com.