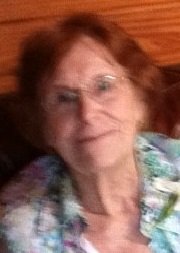 Kathryn Elizabeth Boyer, age 88, of Rogers, Ark., passed away peacefully surrounded by her family on Thursday, May 2, 2013. She was born Aug. 3, 1924, in Harvey, Ill., daughter of the late Charles and Elsie (Wild) Saeger.

Kathryn was a graduate of Thornton Twp. High School in Harvey, Ill., and DePauw University in Greencastle, Ind. Kathryn was a school teacher for 14 years, teaching third and fourth grade in Sauk Village, Ill.

She was very active in many outreach ministries at her church, St. Andrews Episcopal Church in Rogers, Ark., including the food pantry, backpacks and rummage sales, and was a key member in developing the church's columbarium where she will be laid to rest. She was also in the handbell choir and loved music, gardening, dancing and working in her flower gardens.

In her spare time she enjoyed golfing, was an avid reader. and more than anything else enjoyed spending time with her children, grandchildren and great-grandchildren.

She was preceded in death by a great-granddaughter, Skyler Sue Gibson; brother, Harold Saeger; and a sister, June-Gayle Miralles.

Per her wishes, cremation has taken place and a memorial service will be held on a later date at St. Andrews Episcopal Church in Rogers, Ark.

Arrangements are by the Treasure Coast Seawinds Funeral Home and Crematory, Stuart, Fla.

Share a memory or condolence online at www.treasurecoastseawinds.com or www.caringbridge.org/kathrynelizabethboyer.