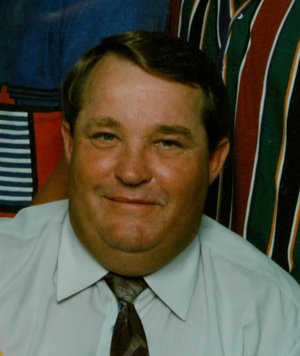 "Jerry" Dodson, 62, of Pearcy, passed away Friday, June 17, 2011. Jerry loved horses, hated snakes, and never missed an opportunity to introduce himself to a stranger. He was born in Mountain View, Ark., on Aug. 20, 1948. After graduating from Timbo High School, he moved to Little Rock. It is there that he met Carolyn Jo Tidwell, who would be his wife for over 43 years. Soon thereafter, they made their home in Pearcy. Jerry worked for Arkansas Bank and Trust for 13 years, starting as a teller and leaving in 1986 as the manager of the Hot Springs Mall branch. Jerry then discovered his true calling, sales. He spent the next nine years working for Erickson Construction. In 1995, he began working for Jordan Oldsmobile Buick. During this time, he was voted "Best Car Salesperson" in Hot Springs by the readers of the Sentinel Record on numerous occasions. He retired in 2005. Jerry was a terrible retiree, and quickly became busier than ever. He traveled to Rogers to spend time with his grandchildren, attended all of his grandsons' sporting events in Magnet Cove, and volunteered at the Fin and Feather Lodge in Reydell, Ark., as a cook during duck season. Jerry served on the Boards of Lake Hamilton School District, the Lake Hamilton Water District, the Garland County Fair Association, and the Southern Junior Rodeo Association. He was actively involved in the fund-raising and construction of the Lake Hamilton Optimist Baseball Park, when he was a member of that organization. He is a former member of the Garland County Sheriff's Department Search and Rescue Patrol. He was the trustee chairman of Hero's Last Call. Most recently, he was the self-proclaimed "Honorary Mayor" of Reydell, Ark. Jerry is survived by his wife, Carolyn Tidwell Dodson; his daughter, Tricia Leigh Dodson-Ross and her fiancé, James Cook; his son, Michael Jason Dodson and his wife, Sonya Jin Dodson; his grandchildren, John Colton Ross, 18, Jerry Clayton Ross, 14, Parker Carolyne Dodson, 3, and Harrison Jin Dodson, 20 mos.; his sister Anita Rae Nichols; and brothers, James Allen Dodson and David Lynn Dodson. He was predeceased by his parents, Joycie and Oliver Alton Dodson Sr., and his brother Johnny Richard Dodson. Pallbearers include: Wesley Akers, Chance Clement, Dr. Jesse Clement, Capt. Joe Cuffel, Todd Hoffroggee, and Tommy Ives. Honorary pallbearers include: James Cook, Rusty Erickson, Dr. Kevin Hale, Cpl. Fred Hawthorn, Dr. Marvin Jin, his friends at Central Moloney, Inc., and the 2011 Magnet Cove Panther Baseball Team. Jerry loved hunting, fishing, playing golf, team-roping, and introducing himself to people as "poor ol' Jerry Dodson." He leaves behind a loving family and countless friends. We all grieve at his passing, but our grief is far exceeded by our good fortune at having had him in our lives. We will miss him dearly. The funeral service will begin at 11 a.m., Tuesday, at the Caruth-Hale Funeral Home Chapel, 155 Section Line Road, Hot Springs, Ark., 71913. He'll be laid to rest at Forest Hills Cemetery, in Alexander, Ark., following the service. The visitation will be from 6–8 p.m., Monday, at the funeral home. Guests may register at http://www.caruth-hale.com.