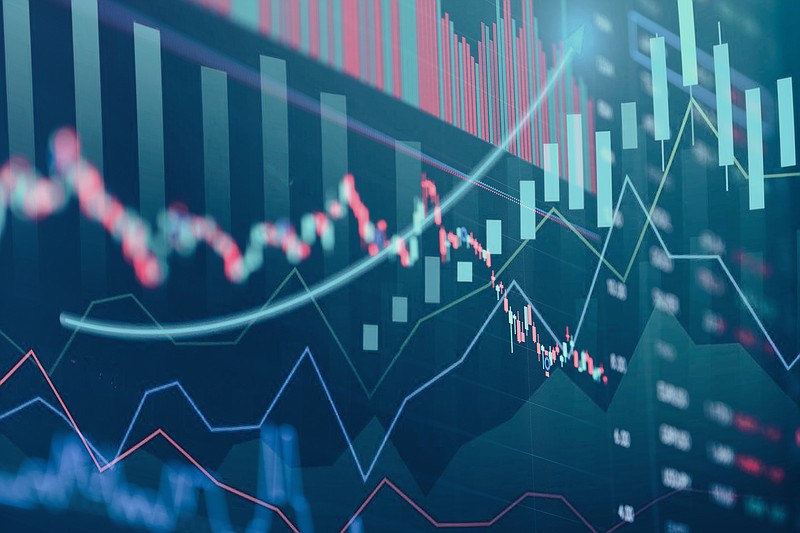 Net income was up nearly 84% from $48.2 million in the fourth quarter of 2021. Earnings per share, up about 55% from 42 cents a year ago, beat the analysts' consensus of 63 cents compiled by Zacks Investment Research.

"During 2022, we completed a number of strategic initiatives, including the successful merger and integration of Spirit of Texas Inc. and delivered solid financial results while also navigating a challenging interest rate environment," said George Makris, executive chairman.

"Solid balance sheet growth helped us achieve the highest level of revenue in Simmons' history," Makris said in a statement announcing the fourth-quarter results. "That growth did not come at the expense of maintaining our conservative underwriting standards as credit quality metrics remain at historically low levels."

The 2021 results did not include Spirit of Texas' results as the acquisitions was completed this year. Overall, earnings for 2022 slipped to $256.4 million from $271.1 million in 2021, which included gains from recapturing provisions for credit losses and boosts from the sales of securities and lower acquisition costs.

Loans and deposits increased in the quarter, helping drive revenue growth. Expenses were essentially held in check, up by only about $1 million from the third quarter. "We had really strong revenue growth with not a lot of expense growth and those are obviously good patterns for us," Jay Brogdon, president and chief financial officer, said in an interview Tuesday.

Loan growth was solid across the bank's six-state service area, Matt Reddin, chief banking officer, said on a conference call Tuesday with the investment community. "We had good, diversified loan growth throughout our footprint," he added.

Economic conditions this year -- rising interest rates and inflation -- will slow but not shut down loan demand, Reddin said. "We still see moderate loan growth and a lot of that is through our unfunded commitments," he said. "There is demand but it is moderated."

At the end of the quarter, Simmons had about $5 billion in unfunded commitments, approved loans though funds have not been drawn by borrowers. That was flat from the third quarter.

Simmons' loan pipeline -- potential loans in some stage of the approval process -- dipped to $1.1 billion from $1.5 billion in the third quarter, a decline bank officials attributed to economic conditions. The pipeline peaked at $3 billion in the second quarter.

"The trend in that pipeline is a reflection of the Fed's policy for the most part," Brogdon said, noting that interest rates are up a full point from quarter-to-quarter driven by interest rate increases from the Federal Reserve Bank. "You've got a lot of economic uncertainty, which means borrowers are going to be more cautious about taking out loans. And for anyone looking for a loan, the rates have gone up dramatically."

Deposits were aided by an infusion of about $924 million in wholesale business, primarily from brokered certificates of deposit outside the bank's footprint. Wholesale deposits are locked in at rates that provide a hedge against the expected continued rise in interest rates this year.

"That's what drove the deposit growth in the quarter," Brogdon said. "That better positions us for rising rates into 2023."

As interest rates settle down, the bank will move away from a shift to increasing wholesale deposits, Brogdon said. "Our reliance on wholesale funding should diminish over time," he said.

In-market core deposits were down about $342 million.

"We're not losing customers; it means the balances are going down," Brogdon said, again emphasizing the decline is mostly attributable to customer concerns over the economy.

Though it repurchased $111 million in stock last year, the bank did not repurchase shares in the fourth quarter and has an $80 million authorization in place. Chief Executive Officer Bob Fehlman said the bank will evaluate the repurchase strategy with evolving market conditions.

Simmons, he said on Tuesday's call, is focused on growing tangible book value per share and earnings per share. "We're really focused on building our capital position going into '23," he said. "We're going to be very selective in this environment."

"We really believe that's going to drive shareholder value going forward," he said on the call.

That focus also lessens interest in merger-and-acquisition activity, Makris said. "We would never say that we would never pursue another acquisition," he added. "We're just not focused on that today."

CORRECTION: Bob Fehlman is chief executive officer and Jay Brogdon is president and chief financial officer of Simmons Bank. Their titles were incorrectly reported in an earlier version of this story.