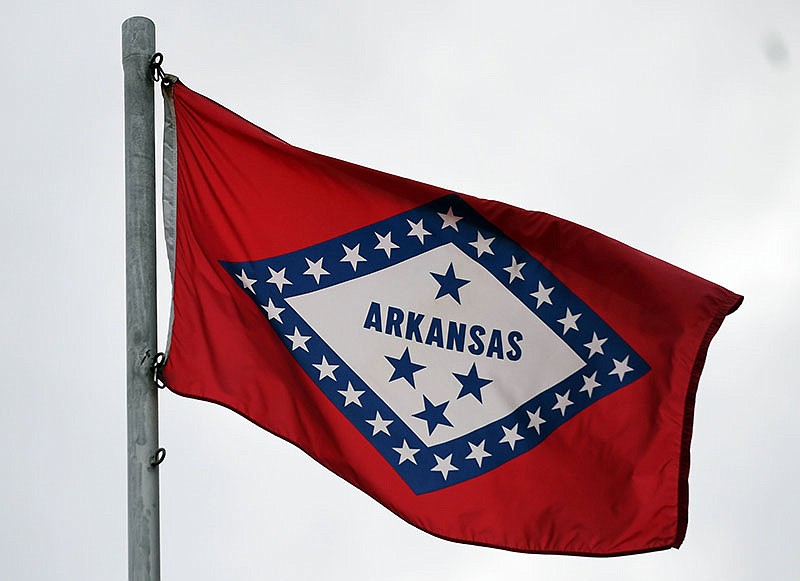 The Sentinel-Record/Grace Brown. The Arkansas state flag is shown flying

Asset Limited, Income Constrained, Employed in Arkansas, or ALICE, was launched last year by the Arkansas Asset Funders Network to support upward mobility and minimize barriers for at-risk and working Arkansas households; it is part of United ALICE, a national nonprofit.

"Over the last several years, but especially through covid, the impact on low-income ... families on these issues of housing, medical debt, childcare, to just everyday expenses, those issues are really impacting these families now and we have to do something," said Audra Butler, area director of rural housing for Arkansas-based Communities Unlimited.

"It's pushing these families into very difficult situations where they're choosing between paying their medical debt, paying their mortgage or rent, or cutting back on medication."

Between 2007 and 2018, unemployment in Arkansas and across the U.S. fell to historic lows, the economy grew and wages rose slightly, according to Arkansas's profile on United ALICE's website; yet 46% of Arkansas households struggled to make ends meet in 2018.

While 17% of Arkansas households lived below the federal poverty line, another 29% were ALICE households earning above the poverty line but not well off enough to afford basic living expenses.

According to a 2019 Arkansas financial hardship study, 41% of families were ALICE households in 2017 and the number of Arkansas families who could not afford basic needs grew by 20% between 2007 and 2017.

Affordable housing is supposed to cost about 30% or below of household gross income. That includes utilities, mortgage, rent and home maintenance, Butler said.

"That will be the largest expense that most people have," Butler said, adding that many ALICE families are paying 40% up to 70% of household income on housing while many low-income families in Arkansas face the same problem.

Butler said Arkansas still needs a more centralized place for affordable housing advocates, providers, stakeholders and other non-governmental groups to work together and share such resources; she said there should also be a housing initiatives committee in the state legislature.

An annual budget for an ALICE family to thrive with an infant and a pre-school child in Arkansas is approximately $46,000 and childcare could cost a family one third or up to half of the budget, said Angela Duran, executive director of Excel by Eight.

Existing resources are only meeting the needs of about half of families in need of assistance for childcare costs in Arkansas, Duran said.

"Interestingly enough, the number of childcare centers in Arkansas has not really dropped like it has in other states," Duran said.

Childcare and early childhood are being discussed in the state's current legislative session.

While there has been greater effort to draw attention to medical debt on the federal level in recent years, that doesn't mean a significant systemic overhaul is on the horizon, said Craig Wilson, health policy director at Arkansas Center for Health Improvement.

"I don't foresee a drastic change in the next 10 years, so figuring out some protections in the short-term is going to be the most feasible path," Wilson said. "Part of the problem is that health care coverage has become more costly, particularly for employers," Wilson said.