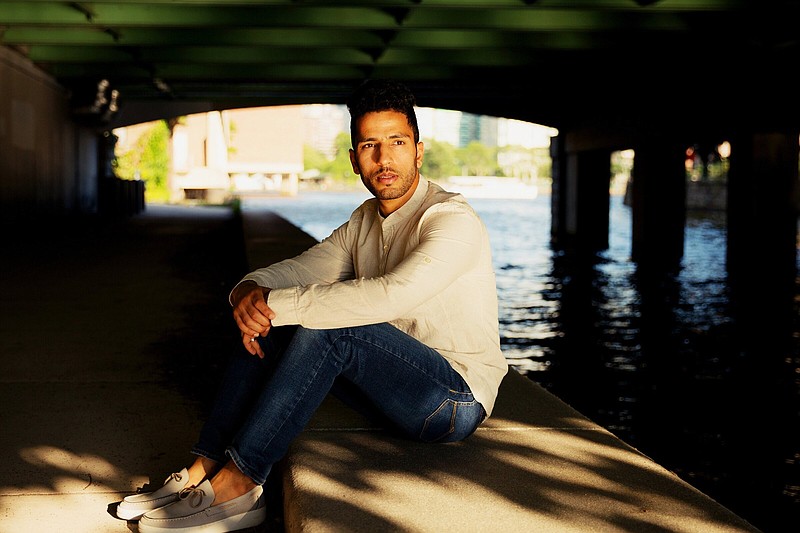 CAMBRIDGE, Mass. -- Raqib Hameed Naik stood in his tidy American kitchen, feeling torn about his secret life. On the one hand, he was safe from the Indian government, and far from the death threats and the late-night knocks on his parents' door.

On the other hand, he was essentially in hiding, working on a scrappy secret data project to track hate crimes in India. But to help it grow, he needed to go public.

Naik, 29, is the founder of HindutvaWatch.org, one of the most robust real-time data sets of human rights abuses in the world's largest democracy. Using video and picture evidence submitted by a network of Indian activists, along with news aggregation, the site tracks hate crimes by Hindus against Muslims, Christians and members of the lower-ranked castes. Since its founding in April 2021, it has catalogued more than 1,000 instances of violent attacks and rhetoric. (Hindutva refers to political ideology that advocates for Hindu supremacy.)

It is likely an undercount, Indian political experts said. Still, the website has angered the government of Prime Minister Narendra Modi, which critics charge promotes the idea that the Hindu majority is superior and tolerates deadly crimes against Muslims and Christians.

At least 11 times, Naik said, the government or Indian law enforcement have petitioned Twitter to suspend its account or take down some of its content, one of its most important venues for publicizing its findings. As of Sunday, its Twitter account remains active.

Until he agreed to an interview with The Washington Post, Naik, who is Muslim, ran the site and its Twitter account anonymously from Cambridge, where he settled after fleeing India in 2020.

With Twitter now in the hands of Elon Musk, his work has become more complicated. In India, the third-largest market for Twitter, Musk has fired nearly 90% of the staff, according to news reports. Hindu extremists have been allowed back onto the site, and hate speech has soared. Naik worries that Musk might acquiesce to the Modi administration's attempts to stifle Hindutva Watch.

Despite that, he has decided to make his work public, hoping to build his homegrown site into a major operation aimed at warning the Indian government that its human rights violations are being catalogued.

"At some point, it becomes very important for you to come out in the public and look into the eye of your oppressor," Naik said. To say: "I'm watching you, whatever you're doing. And preserving evidence."

After gaining independence from the British Empire in 1947, India aspired to be a secular nation where people of all faiths could live in peace. But religious tensions have repeatedly flared.

Since Modi took control in 2014, hate crimes against minorities in India have skyrocketed by 300%, according to a 2019 study by Deepankar Basu, an economics professor who studies South Asian politics at the University of Massachusetts at Amherst.

Modi's office did not return a request for comment.

The stop has created a gaping void of information, the scholars added, and most attempts to report on hate crimes in India have quickly been shut down or disappeared.

Enter Naik. He was born in Kashmir into a family of modest means and spent much of his youth preparing to become an engineer. But that all changed once he got into college and became a journalist reporting on the injustices against Kashmiri Muslims unfolding around him.

Naik recounts how his passion for the work traces back to a single moment in 1997, when he was approaching 4 years old.

It was the spring. Protests were roiling Naik's neighborhood in Kashmir, a Himalayan and majority-Muslim region claimed by India and Pakistan. Mistakenly believing Naik's dad was a sympathizer with Muslim insurgents, military men came and took his father away. He returned after three days, beaten and bruised.

In college, Naik got a taste for journalism after volunteering to cover events in Kashmir for a small website while studying political science. The job exposed him to the plight of Muslims in the region, he said.

In 2019, Naik's work began to draw wider attention. Modi stripped the disputed regions of Jammu and Kashmir of autonomy, sparking violent protests. Modi responded with a curfew and an internet shutdown.

Naik was one of only a few journalists able to report on the unrest, filing dispatches for the Globe Post from the earliest days. Soon, Naik recalled, Indian intelligence officials were haunting his parents' home in Kashmir.

After being questioned by Indian intelligence officers three times in August 2019, Naik said he spoke with people from organizations such as the Committee to Protect Journalists, who urged him to leave. They bought him a plane ticket to New Delhi, where he spent weeks bouncing from couch to couch.

Shortly after, Naik decided to go the United States after an American-based charity group invited him come to give lectures about his experience. At one of those talks, he said, an activist approached and mentioned that he had bought the domain name HindutvaWatch.org to track Hindu hate crimes. The site was not active, and the activist did not have time to work on it.

At the start of the pandemic, Naik returned to his parents' home in Kashmir after his dozens of speaking events in the United States were done. Soon, Indian intelligence officials were ringing his phone, and Naik decided it was time to leave for good.

In August 2020, he returned to the United States on a tourist visa and later applied for a special work visa. He lived in Mississippi for roughly a year before settling in East Cambridge around August 2021, where he stayed with a friend who worked in biotechnology.

With plenty of free time on his hands, his thoughts turned to Hindutva Watch.

On July 4, 2022, Naik woke up bleary eyed and sick. But then a Twitter message popped up on his computer.

An activist sent him a video of a group of men in India beating a Muslim man, squatting in the street naked. Naik tried to verify if it was real and asked a journalist contact who lived near the village to investigate. Local police denied the incident, saying the Muslim man was mentally ill. But several local residents confirmed it.

Less than a day later, Naik posted the video and police response on Twitter and his website, etching an incident into digital history.

"We want to make sure the evidence is properly preserved," he said.

That video is one of hundreds Naik has worked to verify and document: scenes of police beatings, homes being bulldozed, Hindu nationalist rallies that turn hateful and racist, even members of Modi's party calling for "Muslim genocide."

Every day, Naik and a band of six activists across the world scour social media, messaging apps and chatrooms looking for hateful videos, text and speech in the Indian language press, Twitter, Reddit, Telegram and WhatsApp. Activists and journalists also send them videos that need to be verified.

The group holds virtual meetings multiple times a week, where they discuss the reports and videos that need to be verified. Hindutva Watch works with individuals on the ground who can help anonymously, so they can report and verify without fear of retaliation. English subtitles are put on videos in local Indian languages.

In the past, Twitter has taken down some of its content at the request of Indian officials, Naik said.

One of the site's volunteers, who spoke with The Post on the condition of anonymity for security reasons, joined Hindutva Watch last year after his own Twitter account got banned for reasons that are still not clear, he said. He had been tracking hate crimes as an activist, but without Twitter he was lost.

"It is important to document hate crimes," he said, because the mainstream media is "not showing this."

Other organizations have done what Hindutva Watch does, with varying levels of success. In 2017, the Hindustan Times, a prominent national newspaper in India, started a hate crimes tracker on violence against Muslims and lower-caste Indians that were often coded as murder or assault.

But the initiative stopped, which news reports indicate may have been due to government pressure. The paper's editor-in-chief, Bobby Ghosh, who spearheaded the initiative, resigned shortly after. He declined to comment.

Citizen's Religious Hate Crime Watch, a data tracking project, also operated with a similar mission, but it shut down in 2019 without explanation, multiple scholars said.

Rana Ayyub, an investigative journalist who also writes for The Post, said hate crimes "have completely disappeared from our mainstream publications ... . Hindutva Watch is documenting hate crimes, attacks on minorities and persecution that has otherwise been normalized by the mainstream media."

Hindutva Watch has also proved to be valuable evidence to some Indian lawmakers. Asaduddin Owaisi, a Muslim lawmaker in the lower house of the Indian Parliament, said he has spent years trying to convince opposition lawmakers that Muslim hate crimes are happening. The visual evidence can help.

"Whether it changes their minds or not is a different thing," he said. "But definitely, when you see a video of beatings ... how can anyone deny it?"