Neighbors say they are appealing conditional use permit to circuit court by Tom Sissom | January 13, 2023 at 5:00 a.m. 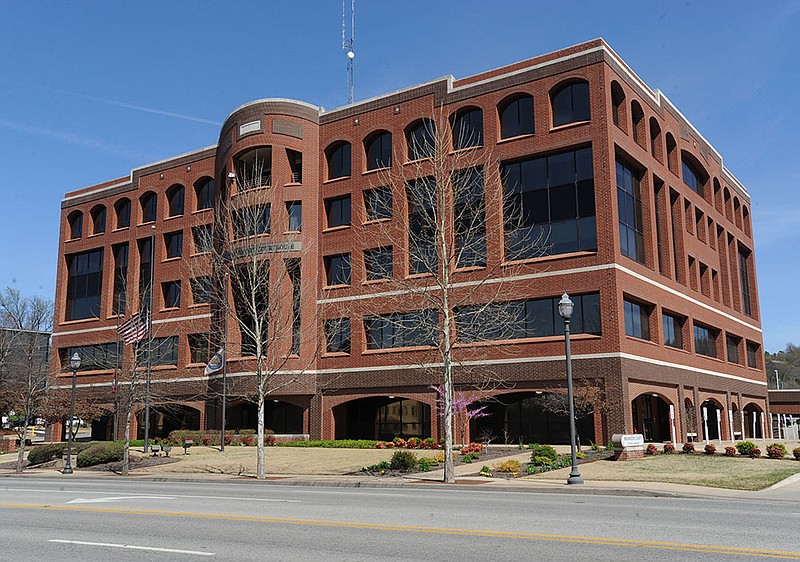 FAYETTEVILLE -- Residents of a neighborhood west of Fayetteville continue to oppose plans to expand the Hunt-Rogers quarry near their homes, asking county officials Thursday to deny or delay approval of plans for the development.

The Washington County Planning Board voted 5-2 to approve the preliminary large-scale development plans for the quarry expansion. A number of residents of the area, west of Fayetteville and north of Wedington Drive, attended Thursday's meeting to voice ongoing complaints about the company's operations.

At its Sept. 29 meeting, the Planning Board voted 3-2 in favor of a motion to recommend approval of a conditional use permit to add about 107 acres to the Farmington Quarry operation at 15557 Hamestring Road. The motion needed four affirmative votes to pass, according to Brian Lester, county attorney, which meant the permit application died and had to be refiled with the county's Planning Department or appealed to the Quorum Court.

The Farmington Quarry operation is surrounded by residential and agricultural property, according to the county Planning Department. The general concerns from neighbors included reduced property values, noise, disruption of animal habitat, disruption of private gatherings on properties in the area, concerns about blasting operations in the quarry affecting housing structure integrity, traffic safety and congestion, and environmental concerns.

The neighbors said Thursday night they have formed a community organization and are appealing the Quorum Court's decision to approve the permit in Washington County Circuit Court.

Also Thursday, the Planning Board voted to approve a request for a conditional use permit for the Mally Wagnon Self-Storage facility in the 2100 block of Mally Wagnon Road.

Neighbors of the area spoke in opposition to the permit, citing the residential character of the area and the already difficult traffic conditions that exist where Mally Wagnon Road connects with Arkansas 16. The residents also said a large, commercial development would change the natural flow of water in the area and could affect numerous springs.

A conditional use permit for the EagleCrest Recovery facility, a proposed residential addiction treatment center at 19965 Lakeview Road, was rejected Thursday by the Planning Board. The request had been tabled at the board's December meeting.

The EagleCrest Recovery facility is already operating on about 3 acres of land northeast of Springdale. According to information from the county's Planning Department, the residential treatment facility is licensed by the state and can house up to 15 people and have from two to five staff members present. The facility uses three residences already on the property.

Neighbors raised concerns over safety, saying they have already had residents of the treatment facility leaving the grounds and trespassing on their properties. Concerns over safety on the narrow roads in the area and the increased traffic generated by the facility were also voiced. The neighbors also said a for-profit business is not compatible with the long-established residential character of the area.