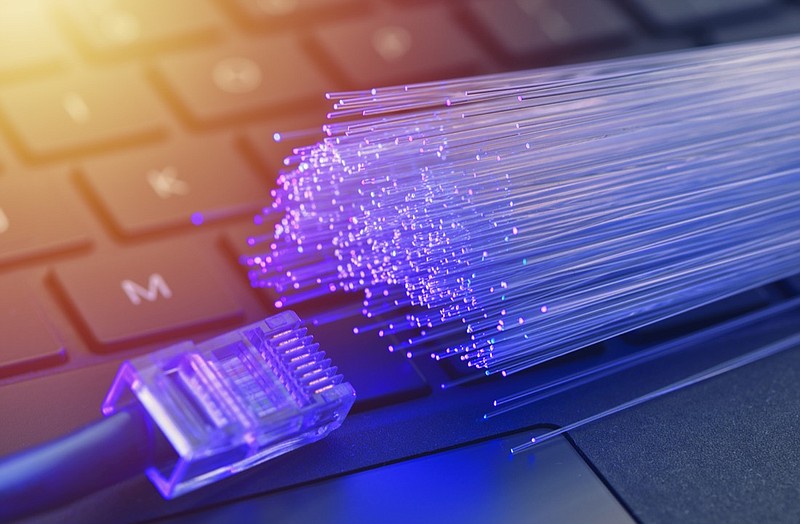 The state and federal governments are asking for a reality check on Arkansans' internet access.

The State Broadband Office made a public request Friday for Arkansans to open the Federal Communications Commission online map of broadband internet service. Both the office and the federal agency want Arkansans to check the map for inaccuracies. Arkansans opening the map can enter their or any other address and see a list of available suppliers of high-speed internet service -- if any. The map should show the speed of the available service options in megabits per second.

The map will show gaps in high-speed internet service, and the federal Department of Commerce will use the map to decide how much infrastructure money to send to each state for broadband expansion, said Glen Howie, state broadband director. The taxpayer money comes from a recently passed infrastructure bill, he said.

"The best analysts' estimates we have say Arkansas should get anywhere from $600 million to $1.3 billion," Howie said Monday.

The map is at broadbandmap.fcc.gov/home. See the websites listed in the box with this story for more information.

The more accurate the communications commission map is, the more the federal taxpayer money will go to areas with real needs, Howie and the statement from Friday say.

"We need to try and get as many people in the state as possible to check the FCC's new broadband map and challenge any inaccuracies," said Matt Twyford, director of community development for the Arkansas Economic Development Commission, in a statement. "They are only accepting these challenges through [Friday]."

"This is the first time to my knowledge the FCC has produced a map this detailed," Howie said.

Previous communication commission maps of internet connections showed no details below broad areas such as U.S. Census tracts, which usually include populations of 1,200 to 8,000 people.

The communications commission designed the new map to allow people with poor or nonexistent internet service to access it from smartphones or in places with internet such as libraries and businesses, according to the federal agency's website. Any resident who finds an inaccuracy on the list given for an address, such as the list showing an option unavailable for their address or not showing one that is available, can challenge the entry by clicking a link on the map.

"The number of residents that challenge the map will impact the funding the state will receive for infrastructure improvements in the next round of broadband funding, so it is especially important that we try to get the word out to as many people as possible -- particularly those who are underserved," Twyford's statement says.

Both the U.S. and state have pages on their websites with more information. These websites also include "how-to" videos on using the map.