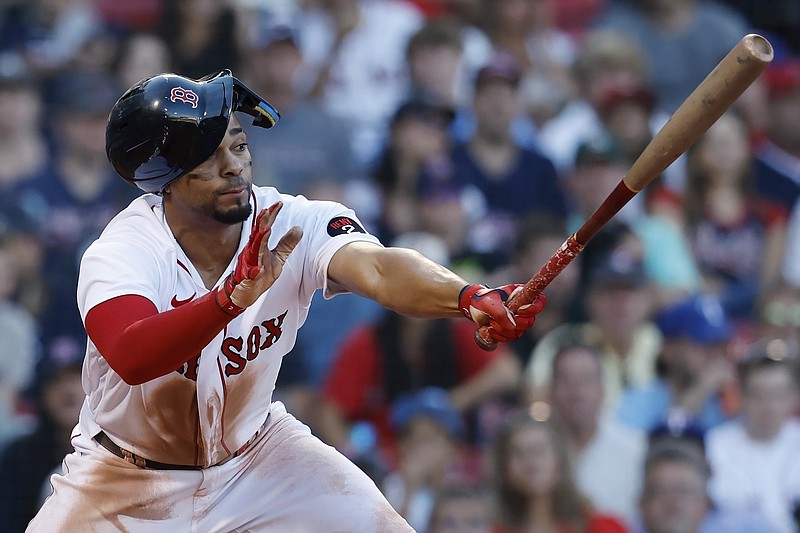 Boston Red Sox's Xander Bogaerts follows through on a fielder's choice single that scored Enrique Hernandez during the fifth inning of a baseball game against the Texas Rangers, Saturday, Sept. 3, 2022, in Boston. (AP Photo/Michael Dwyer)

CHICAGO -- Dylan Cease had fans on their feet, hoping he would get that final out and complete the no-hitter.

The White Sox's ace would have loved nothing more than to deliver. Instead, his bid ended just a little short.

Cease came within one out of his first career no-hitter, and the streaking Chicago White Sox pounded the Minnesota Twins 13-0 on Saturday night.

Cease got a huge ovation when he came out to start the ninth. With fans standing, he struck out Caleb Hamilton swinging on a 1-2 slider and retired Gilberto Celestino on a fly to center.

Luis Arraez, who leads the American League with a .318 average, then dumped a line-drive single into right-center on a 1-1 pitch, ending Cease's bid for Chicago's third no-hitter in as many years. Lucas Giolito tossed one against Pittsburgh in 2020, and Carlos Rodon did it against Cleveland on April 14, 2021.

"Obviously, it's disappointing," Cease said. "But that's the game."

After a meeting on the mound, Cease struck out Kyle Garlick to finish his first career nine-inning complete game. He threw a seven-inning shutout against Detroit in 2021.

"It would have meant a lot," Cease said. "It's obviously an incredibly difficult feat to achieve."

Cease said he didn't feel he had his sharpest stuff in the early going. He didn't strike out anyone until the fifth inning, but wound up with seven in the game. The right-hander threw 103 pitches, 68 for strikes.

MARINERS 4, GUARDIANS 0 Robbie Ray (12-8) started September the way he finished August with six solid innings as Seattle won its sixth in a row by beating Cleveland.

RAYS 2, YANKEES 1 Corey Kluber (10-7) limited the Yankees to a pair of singles over seven shutout innings and Tampa Bay withstood Aaron Judge's 52nd home run to cut its deficit in the AL East to four games.

CARDINALS 8, CUBS 4 Paul Goldschmidt hit his 34th home run, and St. Louis won its third in a row by beating Chicago. Tommy Edman and Tyler O'Neill also went deep for NL Central-leading Cardinals, who improved to 27-8 in their last 35 games.

DODGERS 12, PADRES 1 Julio Urias (15-7) continued to solidify his spot atop the Dodgers' rotation while Mookie Betts hit one of Los Angeles' four home runs in a victory over San Diego that ended its three-game losing streak. Trea Turner, Justin Turner and Will Smith also homered as the Dodgers ended their first skid of three games since they were swept by San Francisco in June. Betts' home run was his career-best 33rd.

BREWERS 8, DIAMONDBACKS 6 (10) Tyrone Taylor hit a two-run home run in the 10th inning after pinch-hitter Rowdy Telez's game-tying shot in the ninth, lifting Milwaukee to a win over Arizona. 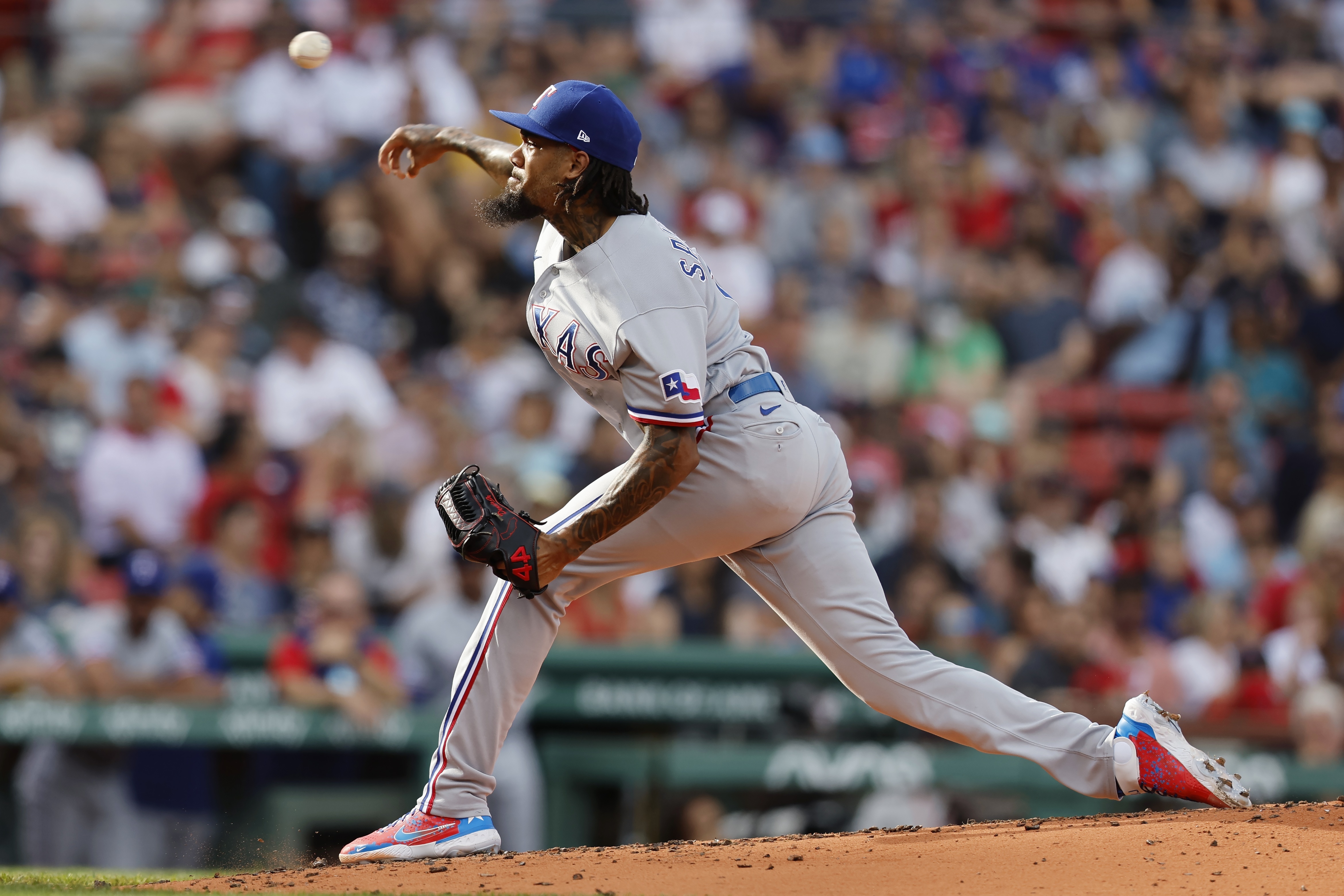 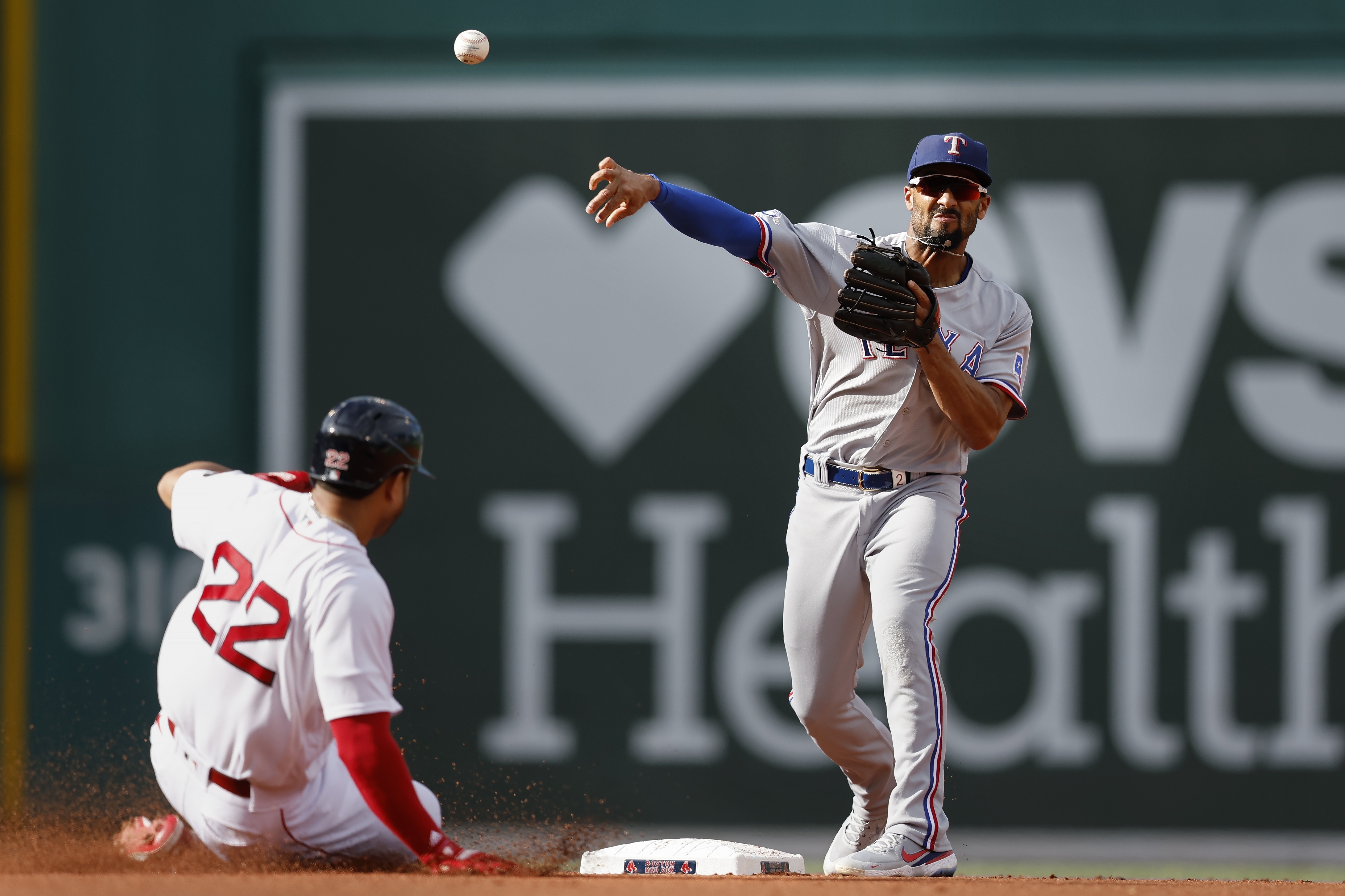 Boston Red Sox's Tommy Pham (22) is forced out at second base as Texas Rangers' Marcus Semien throws to first base on a single by Xander Bogaerts during the first inning of a baseball game, Saturday, Sept. 3, 2022, in Boston. (AP Photo/Michael Dwyer) 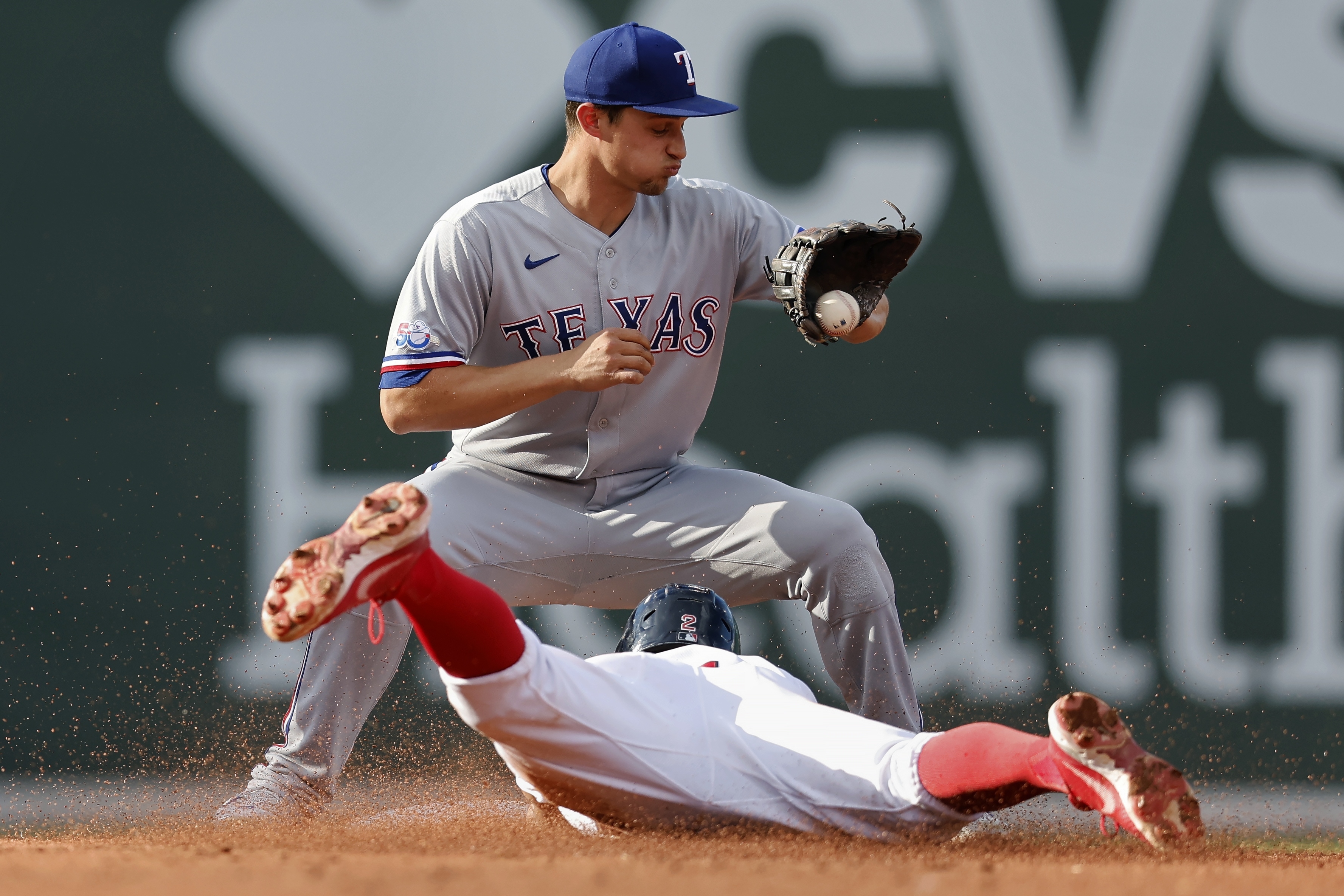 Boston Red Sox's Xander Bogaerts, bottom, slides into second base with a double as Texas Rangers' Corey Seager, top, gets the throw during the third inning of a baseball game, Saturday, Sept. 3, 2022, in Boston. (AP Photo/Michael Dwyer) 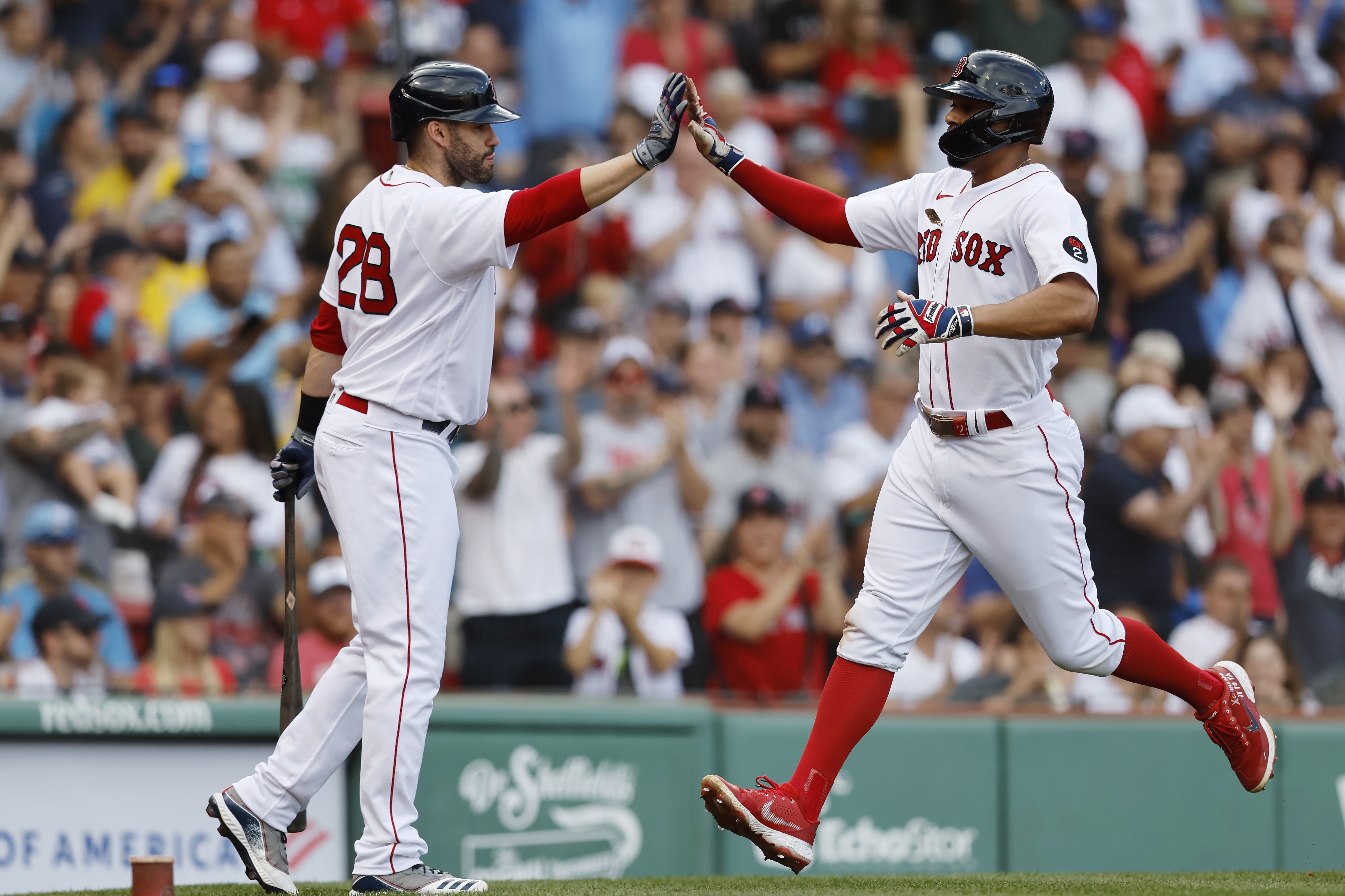 Boston Red Sox's Xander Bogaerts celebrates with J.D. Martinez (28) after scoring on a double by Rafael Devers during the first inning of a baseball game against the Texas Rangers, Saturday, Sept. 3, 2022, in Boston. (AP Photo/Michael Dwyer) 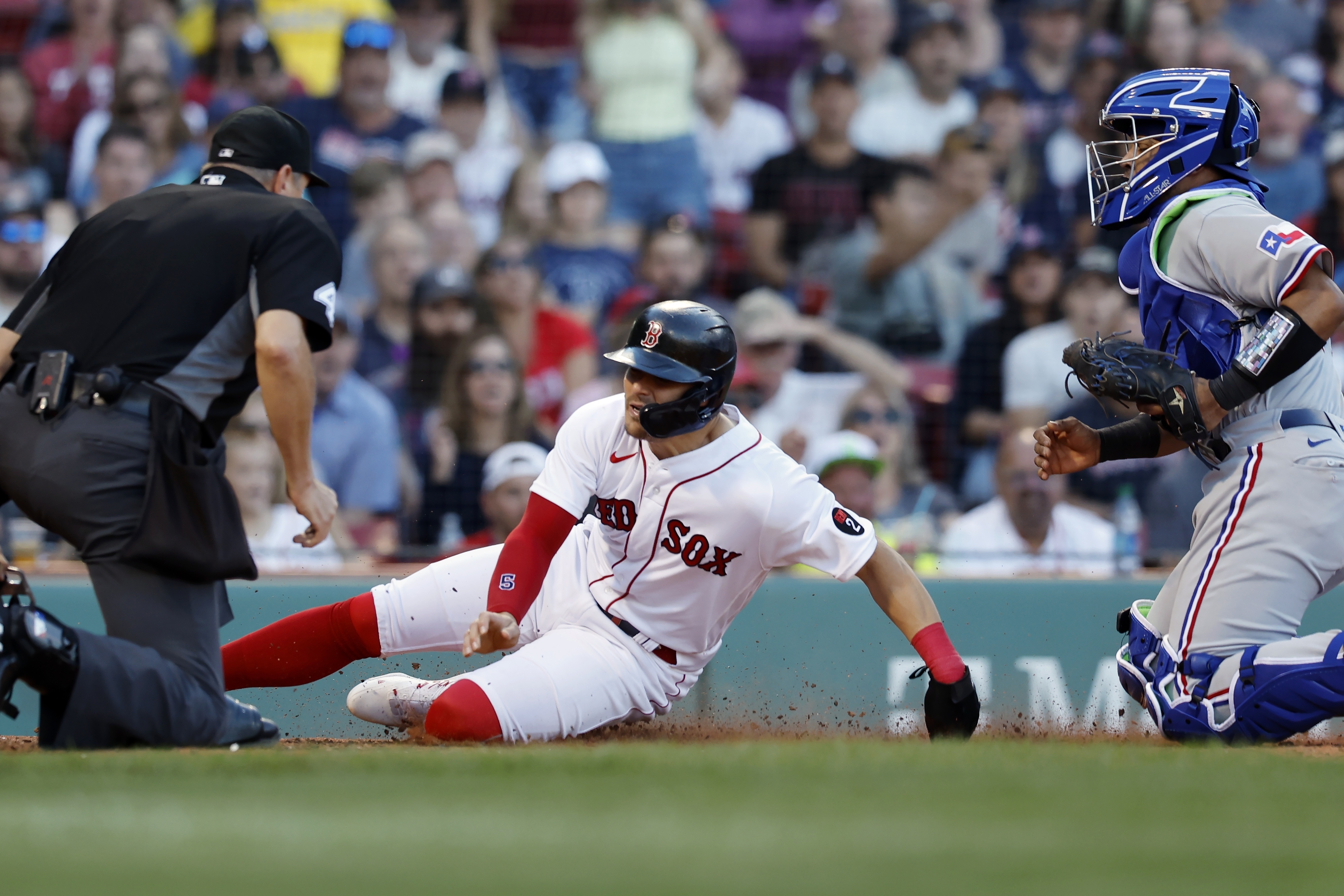 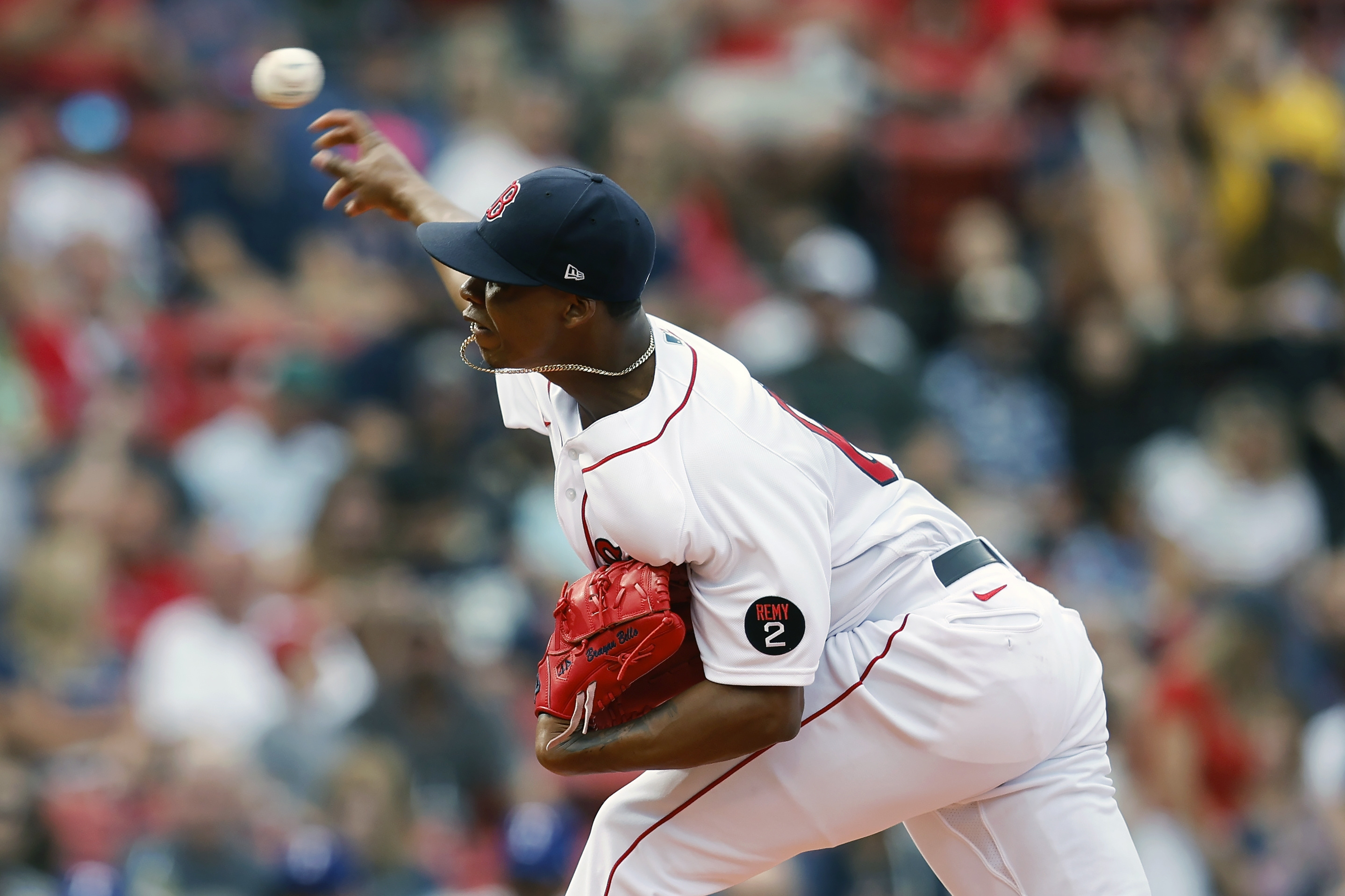