Young drivers more at risk in Arkansas than in most other states, study says 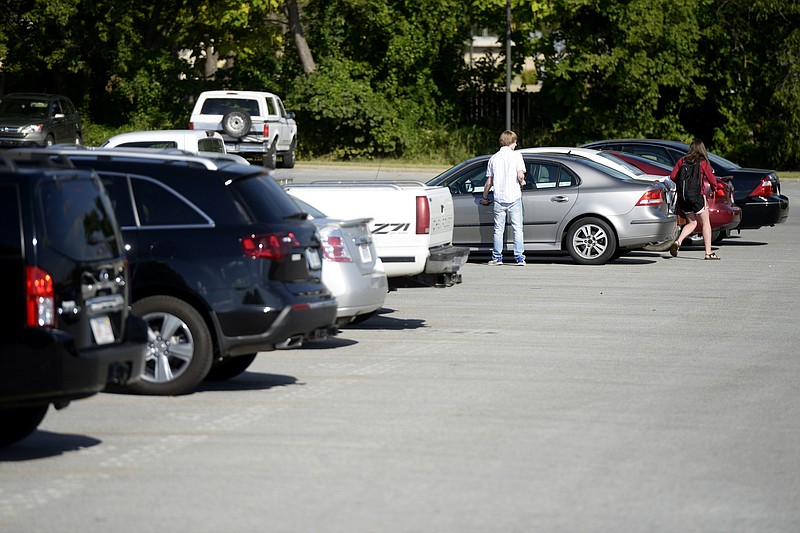 BENTONVILLE -- Liviet Christians believes driving is a privilege and has strict rules for her 16-year-old son when he's behind the wheel.

He can't drive his friends around. He can't talk on a cellphone -- not even on the speaker or through the car's radio. And he must pick a radio station before he drives off and not be constantly changing the station while he's driving, Christians said.

Christians, of Bentonville, worries about distracted teenage drivers and believes her safety rules are to protect not only her son, but other drivers sharing the road with him.

"I've been in accidents myself, and it's never pretty," she said.

Arkansas ranked as the eighth most dangerous state in which to be a young driver -- defined as those between 15 and 20 years old -- from 2015 through 2019, according to results of a study conducted by legal experts Dolman Law and announced earlier this year. Arkansas had 298 fatal crashes involving a young driver during those five years, or 125 crashes per 100,000 young people, according to the study.

The risk of motor vehicle crashes is higher among those ages 16-19 than it is for any other age group. In fact, per mile driven, teen drivers are nearly three times as likely as drivers 20 or older to be in a fatal crash, according to the federal Centers for Disease Control and Prevention.

Christians said she knows the dangers of distracted driving. She was walking with her then 5-year-old daughter in downtown Bentonville when a distracted teenage driver almost hit them in a crosswalk, she said.

Teaching her son to drive made her very nervous, she said. But, she added, "I calmed down and realized that I'm not making it any better by yelling."

Michael Chambers of Rogers said his 16-year-old daughter, Reisha, has her driver's license. She got her permit when she was 14 and has been driving for a year and a half, he said.

She's required to follow the rules that go with her license, but Chambers has not set any special conditions for her.

"She knows not to be on the phone while driving," Chambers said. "She understands she's supposed to be concentrating on the road."

Kerry Mulligan of Rogers and her husband have three children. The two boys are at the driving stage, with one having his license and the other a permit.

"Having two teen drivers at different stages of driving is nerve-racking," Mulligan said. "With both, biggest concerns are the extra distractions that we did not have when we were learning to or beginning to drive. We are hoping that they truly understand that using the phone for any reason is not important."

Mulligan uses the safety app Life360 to monitor her sons' driving and their destinations.

"When they are driving too fast, we have conversations regarding the importance of being careful and how quickly accidents can happen," she said. "That speed makes it more difficult to control your vehicle."

And she reminds them to think about the potential consequences of an accident they caused by being reckless: "If something happened, could they live with that."

Seamus Mulligan, 15, said he has his permit and is learning to drive. His father has primarily been working with him on driving. The driving lessons are going OK, and his parents give him feedback and explain things along the way, Seamus said.

He described himself as an alert and cautious driver.

Seamus said he feels the state should mandate taking driver's training from a third party because sometimes parents can yell at their children, making them jumpy and overwhelming them. He said he's heard some places have it as a class available through school.

His older brother, Liam, 16, described himself as a pretty relaxed driver.

Both of his parents taught him how to drive, Liam said. His mother took him to an undeveloped neighborhood and would have him drive through the empty roads.

"This was helpful because I remember my first time behind the wheel," Liam said. "I was uncomfortable and getting to drive in a area where there's nobody else really helped."

While many states require teens to have received some formal driver's education before they can obtain a license, Arkansas does not.

Kimma Harper, president and instructor for the Driving Academy of Northwest Arkansas, said it's not unusual for Arkansas to be in the top 10 of studies similar to the one conducted by Dolman.

Harper said she stresses that teenagers have only one job while driving, and that is to drive. All drivers should always be alert for other drivers, pedestrians and traffic controls, along with monitoring the weather conditions, she said.

Harper started the academy in 2006. Her first class was in 2007, and she's instructed thousands of drivers.

Parents are the first driving instructors for their children, who are watching them even at young ages, she said. Children are in vehicles with their parents when they are speeding, failing to stop at stop signs and talking on the phone. Children will then model that behavior, Harper said.

The best thing parents can do to reduce the risk of their teen using a phone while driving is for the parents to stop doing it, Harper said.

Some teens think a car is just a big toy since they had remote-control cars when they were younger and they drive in video games, Harper said.

"They think they know how to drive because they can operate a video game and it honestly may help their skill, but it's not just a bigger toy," she said. "I mean, it is a weapon."

Parents can monitor their children's driving by using an app or a GPS tracker, which will alert them if their children are speeding, Harper said.

She said teens in Arkansas can get their paper permit at 14 and may be able to get a hardship license six months later. A person between 14 and 16 years old can obtain a hardship license, also known as an age waiver, if they can demonstrate dire need to drive without an adult, such as to get to or from work, school or medical appointments.

Harper isn't sure six months is enough experience to become a licensed driver. It's good for young drivers to have experience driving in all four seasons, she said.

Harper was a math teacher before becoming a driving instructor. Students would ask her when or if they were going to use the math skills, but students don't ask her that when she's teaching them driving skills, she said.

"If we can reduce their risk of having a collision," she said, "then they're saving the cost of their deductible and their insurance going up, but more importantly helping prevent injuries and deaths."