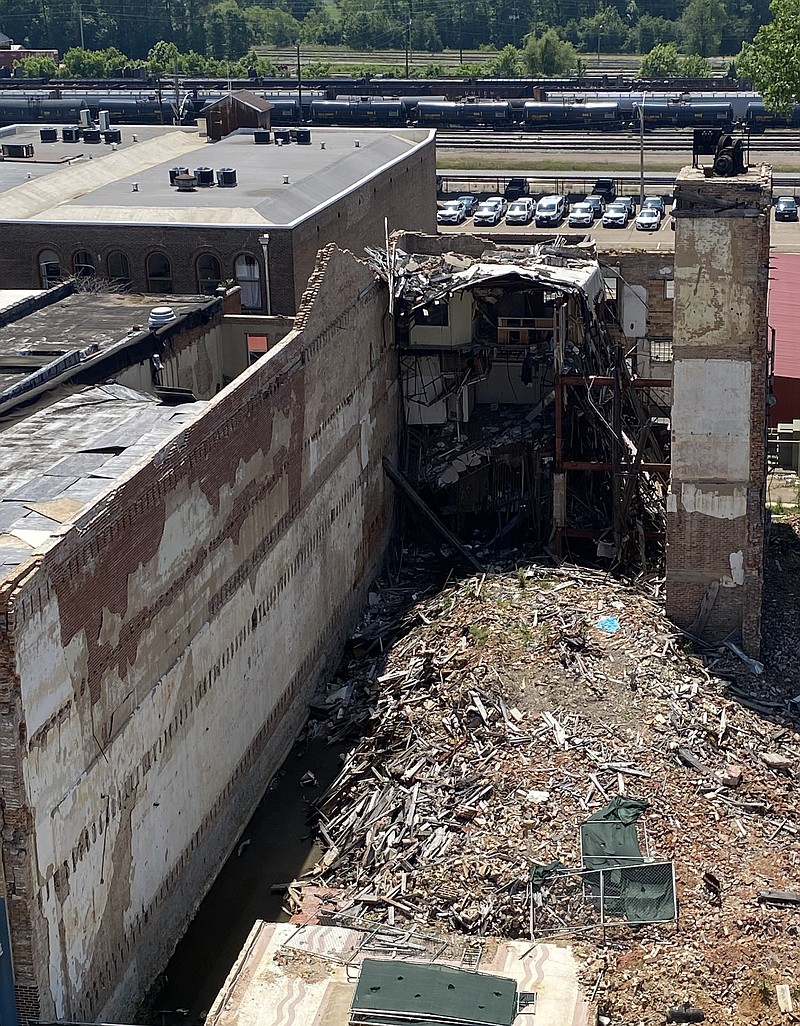 TEXARKANA -- During a meeting Monday, the Texarkana Board of Directors approved by a 4-2 vote a $450,000 contract to complete demolition of the former Regency House building at 110 E. Broad St.

With Ward 3 Director Steven Hollibush absent, Ward 1 Director Terry Roberts and Mayor Allen Brown voted against adding $150,000 to $300,000 already appropriated for the job in this year's budget. Stan Excavating Co. of Texarkana, Texas, won the contract to rid downtown of the abandoned building's remains, the city's goal since the structure's roof collapsed in August 2019.

During demolition work in July 2020, a portion of the Regency House building's brick wall fell against the building next door at 114 E. Broad St., causing damage. That started a legal struggle over who should pay for cleaning up the aftermath.

"We had the money sitting there available to do it, so we're going to try to move it forward because we don't need to have that kind of mess downtown. We need to get it cleaned up," he said.