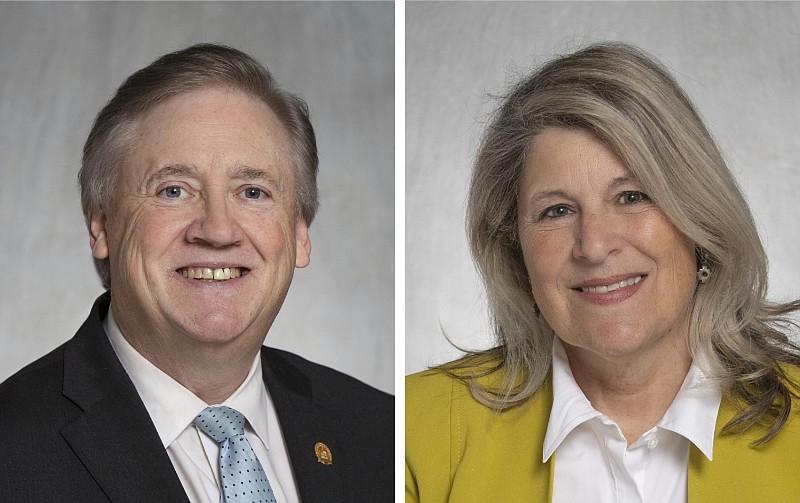 The Associated Press on Tuesday evening called the races for Arkansas state treasurer, auditor and land commissioner for the Republican candidates.

In the treasurer's race, the AP called the race for Republican Mark Lowery, who faced Democrat Pam Whitaker in a bid to replace term-limited incumbent Dennis Milligan.

With 73% of the vote counted, the unofficial results were:

The treasurer is responsible for an investment portfolio of more than $5 billion, according to the office's website.

Lowery, 65, ran for the post after serving five terms in the state Legislature, representing the 39th district.

He initially ran for secretary of state before switching to the treasurer's race. In the May primary, he defeated state Sen. Mat Pitsch of Fort Smith to secure the Republican nomination.

In August, Lowery was fined $800 and issued a public letter of caution by the state Ethics Commission. The commission determined that Lowery violated state law by failing to timely file required campaign reports for the third and fourth quarters of 2021 and in February during his secretary of state campaign.

Lowery said "there was no intent to deceive" and that his reports were late due to a problem with the reporting system.

The Maumelle resident also made headlines in March when, after reporting showed he'd filed for personal bankruptcy twice, he said going through personal financial issues in the past made him a better candidate.

Whitaker, 67, of Little Rock, ran after initially announcing a campaign for mayor of Little Rock in September 2021. She is CEO of East Coast Awakening LLC, which a campaign news release described as "a security and drone services firm" she started in 2012.

Whitaker is also founder of Cyber Fly Girls, a nonprofit meant to bolster the number of women in the fields of science, technology, engineering and math, commonly known as STEM.

In March 2020, Whitaker ran as a Democrat in an unsuccessful challenge to Donna Massey for her District 6 seat on the Pulaski County Quorum Court.

The AP called the auditor's race for Milligan over Democrat Diamond Arnold-Johnson and Libertarian Simeon Snow.

With 72% of the vote counted, the unofficial results were:

The candidates were competing to replace Andrea Lea, who is term limited. The auditor can only serve up to two four-year terms.

Milligan, 64, of Benton, was first elected state treasurer in 2015.

Arnold-Johnson, 32, is a native of Mabelvale. She is a master insurance advisor and QuickBooks pro advanced advisor.

Snow, 37, of Rector, is the owner of Snow's Tax & Financial. She is a former county election commissioner and a former director on the board of Clay County Electric.

With 72% of the votes counted, the unofficial results were:

The office is primarily responsible for collecting delinquent real estate taxes that could not be collected at the county level. The office also has jurisdiction over the state's navigable waters, submerged lands and mineral leasing on state property.

Gaines, 46, of North Little Rock, is the CEO of Arkansas Anti-Poverty Group and a former advance medical support assistant for the chief of staff for the Arkansas Department of Veterans Affairs.