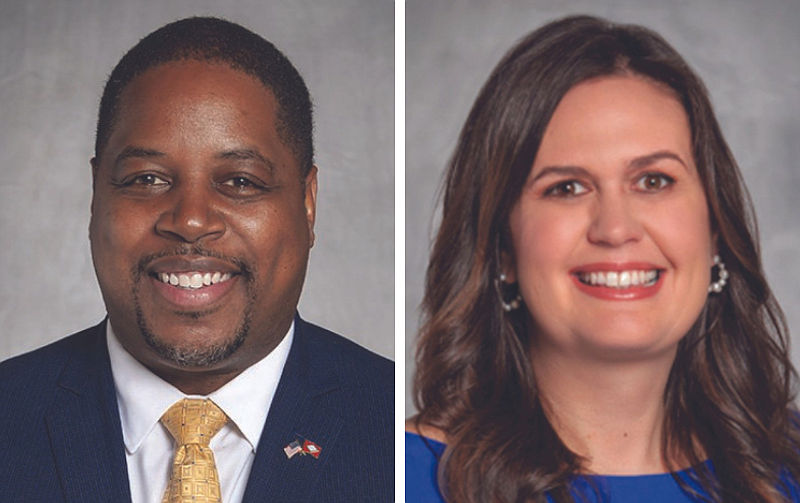 "The math is clear and the results of the race are clear," Jones said in a written statement. "Our state was poised to make history no matter the results."

Arkansas would either elect the first Black person or the first female governor, he said.

"History was made," Jones said in the statement. "Sarah's election has shown women, including my little girls, that being a woman is no longer a barrier to becoming governor of the state."

Sanders spokesman Judd Deere said Wednesday in a written statement that "The Gov-elect spoke by phone with Chris Jones this morning.

"They had a nice visit, and she is appreciative of the call."

With 92% of the votes counted, Sanders, of Little Rock, has garnered 566,906 votes for governor, compared to 315,482 for Jones of Little Rock and 16,532 for Libertarian candidate Ricky Dale Harrington Jr. of Pine Bluff.