Let’s eat! Taste Of The Tropics 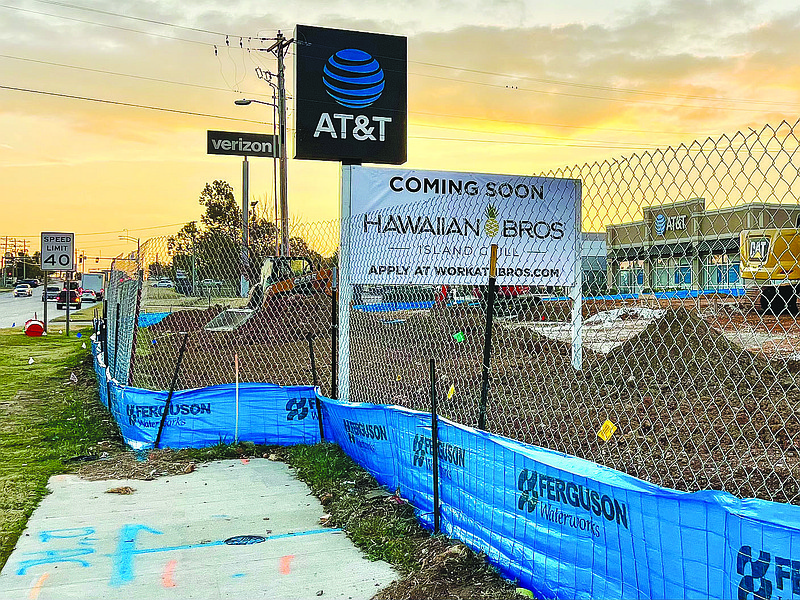 In today’s column, we’re featuring a few new restaurants open or on the way in Washington County. In the coming weeks, we’ll do the same for our friends in Benton County.

Hawaiian Bros Island Grill is coming to Northwest Arkansas, starting with a shop off Sunset Avenue between AT&T and Tommy’s Express Car Wash. It would be the Kansas City-based fast food company’s first location in the state.

The menu is an homage to the Hawaiian plate lunch, which at Hawaiian Bros includes white rice, macaroni salad and a choice of proteins like grilled chicken and slow-roasted pork.

All of the menu items are nut-free and most are gluten-free, according to the company’s website.

Hawaiian Bros has more than 30 locations across six states, most of which are in the Kansas City or Dallas-Fort Worth metro areas.

The hours for the Springdale taproom are Monday through Thursday from 4 to 10 p.m., Friday and Saturday from noon to midnight and Sunday from noon to 8 p.m. The local business also has another taproom in Bentonville.

Carmelitas Modern Mexican Cuisine is on the way to the west side of town.

The restaurant is doing some remodelling at 7022 W. Sunset Ave., the former location of the Flying Burrito Company, but plans to open this fall, according to its social media posts.

As we have highlighted recently, Casa Alejo is planning to open in downtown Springdale at 101 W. Emma Ave. this month.

One source told us the owners have plans for a downtown Rogers location as well.

Stay tuned for more information on an opening date.

Patrons can participate in coffee tastings, yoga and fitness classes and a raffle drawing for prizes.

The cafe first welcomed customers a few weeks ago and is open Monday through Saturday from 7 a.m. to 3 p.m.

A sports bar and grill called Parker’s has opened off Wedington on the west side of Fayetteville.

After closing for the summer, Dollar Slice Club is open again on Dickson Street.

The Colorado-based company has eateries across 10 states, including one location in Little Rock.

The Florida-based restaurant has a self-serve taproom wall for patrons to try a variety of beer.

We’ll be back next week with more restaurant openings across Northwest Arkansas. Has one recently opened or closed near you? Does your favorite spot have a new menu? What’s your favorite local coffee shop? Let us know. Email [email protected] .