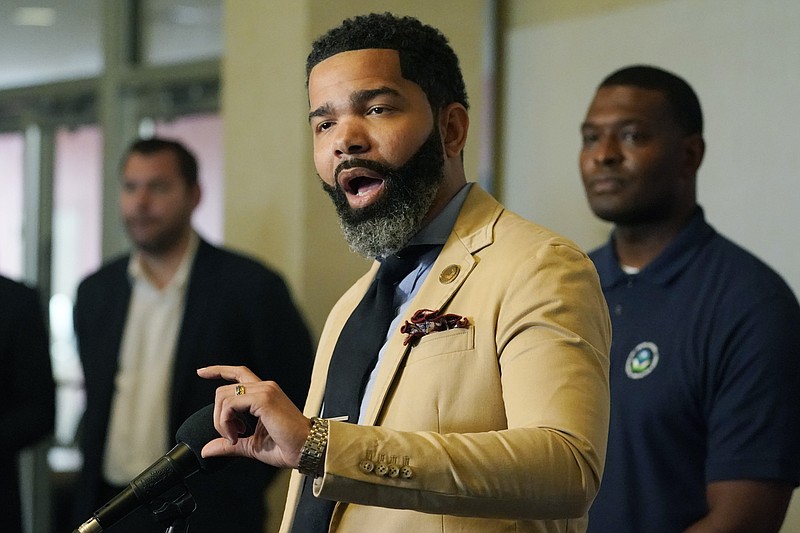 FIE - Jackson Mayor Chokwe Antar Lumumba discusses elements of a coordinated response with federal agencies that he believes will help deal with the city's long-standing water problems, during a news briefing, Sept. 7, 2022, in Jackson, Miss. The beleaguered water system in Mississippi's capital city disrupted daily life for 150,000 residents for several days, but Jackson's water is now safe to drink according to the Environmental Protection Agency on Monday, Oct. 31, 2022. (AP Photo/Rogelio V. Solis, File)

JACKSON, Miss -- The U.S. Environmental Protection Agency confirmed Monday that the water in Mississippi's capital city is safe to drink, after months of sampling at a treatment plant overwhelmed by August flooding that caused wide supply disruptions.

The beleaguered O.B. Curtis water treatment plant fell into crisis after the late summer flooding left 150,000 people without running water for several days. People waited in lines for water to drink, bathe, cook and flush toilets. The crisis also added to the rising costs for business owners already saddled with a labor shortage and high inflation.

The city had already been under a boil-water notice since late July because the state health department found cloudy water that could make people ill. But current water samples pass muster for safe consumption, the EPA said.

The agency encouraged Jackson residents to stay vigilant about updates and follow all future boil water advisories, as "localized issues" may resurface. It is not yet certain whether Jackson has too much lead and copper in its water. Sampling for lead and copper has been completed and results are expected in mid-November.

The sampling was collected during a series of tests over the last several months conducted by the EPA and the Mississippi Department of Health, said Jackson Mayor Chokwe Antar Lumumba.

At a news conference, Lumumba said Monday that city officials had been informed that Jackson was "in compliance with the Safe Drinking Water Act," the federal law that gives the EPA authority to set standards for drinking water quality.

The EPA is coordinating with the city and the state health department to sample the water and "confirm drinking water delivered to customers meets Safe Drinking Water Act standards," Michalos said.

Although water pressure was restored in the days after the late August crisis and a boil water notice lifted, many people still don't drink the water and haven't been doing so for years amid lingering distrust of the supply.

In September, attorneys for the U.S. Department of Justice said they were "prepared to file an action" against the city under the Safe Drinking Water Act, but hoped they could avoid a legal dispute by reaching an "enforceable agreement." Federal attorneys said state and local officials "had not acted to protect public health." 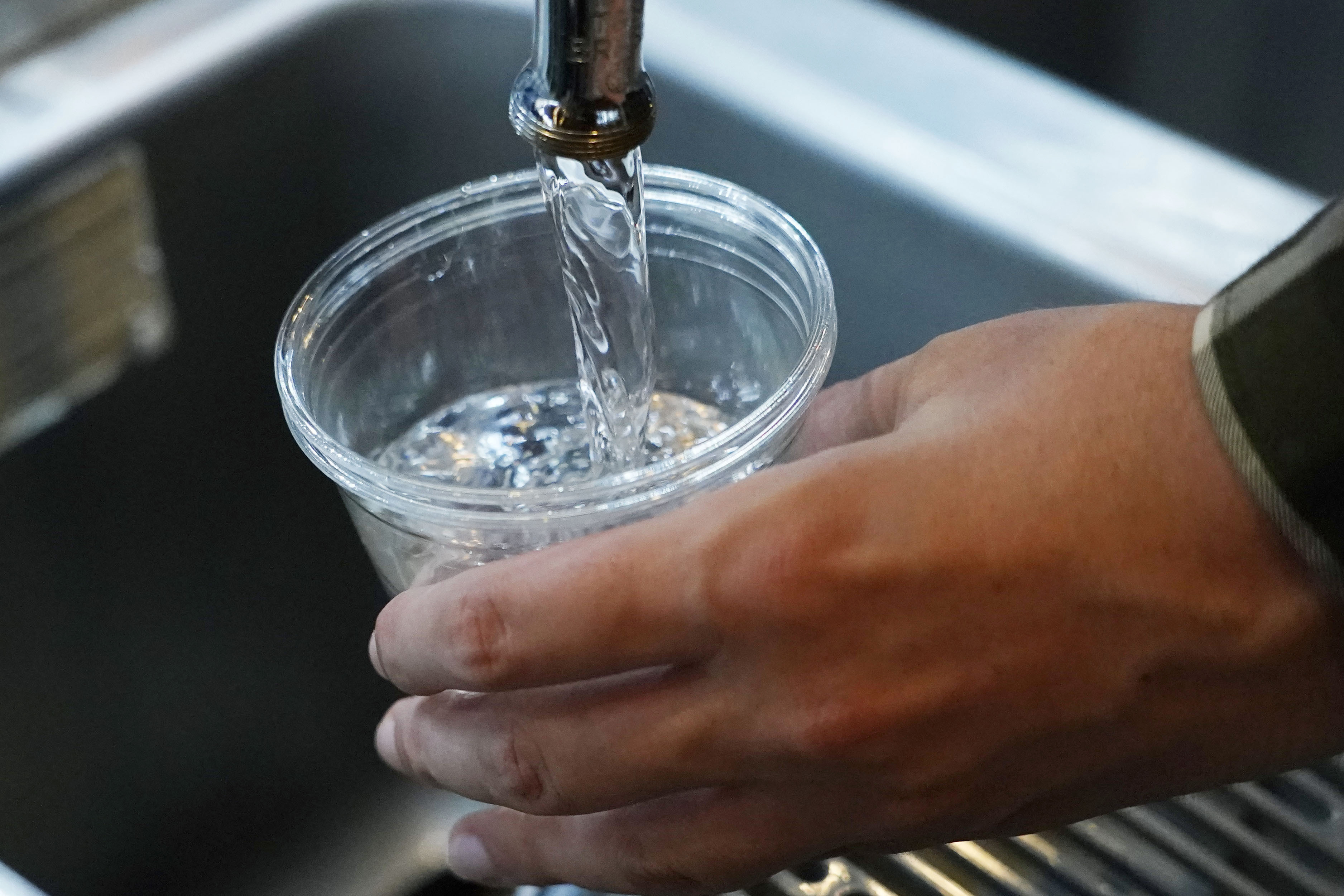 FILE - A cup of water is drawn from a faucet at Johnny T's Bistro and Blues, a midtown Jackson, Miss., restaurant and entertainment venue on Sept. 1, 2022. The beleaguered water system in Mississippi's capital city disrupted daily life for 150,000 residents for several days, but Jackson's water is now safe to drink according to the Environmental Protection Agency on Monday, Oct. 31, 2022. (AP Photo/Rogelio V. Solis, File)