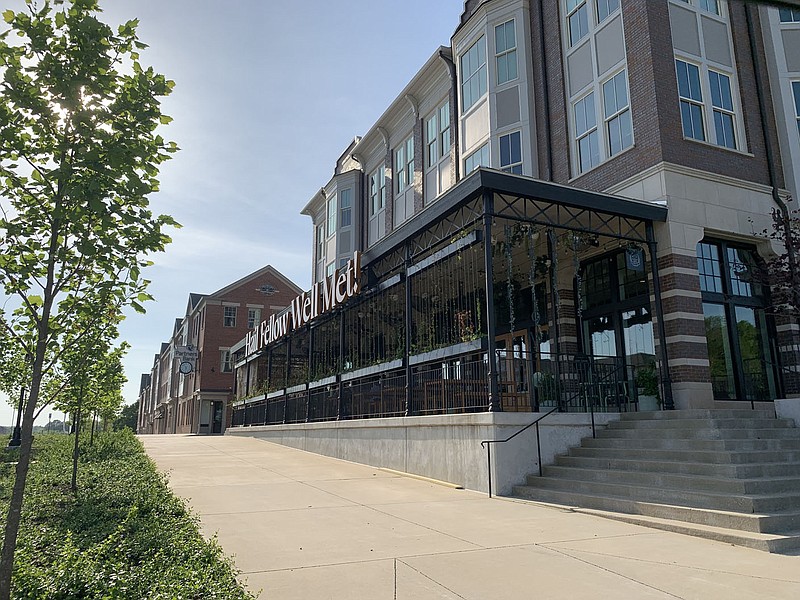 Coffee connoisseurs can revel in the Northwest Arkansas Caffeine Crawl Coffee on May 21. Participants can choose among four different routes, each with four or five stops at local businesses. Hail Fellow Well Met in Johnson is the final destination for one of the routes. (NWA Democrat-Gazette/Garrett Moore)

Coffee connoisseurs can participate in the Northwest Arkansas Caffeine Crawl Coffee on May 21.

The event will take curious coffee-holics to businesses across the region for samples of coffee, often around 3 to 6 ounces, and chocolate.

Participants can choose among four different routes, each with four or five destinations. Each begins between 10 a.m. and noon and ends between 1:20 and 2:50 p.m.

Route One, a bike friendly route in Bentonville that includes Red Kite Coffee, Cafe 211, The Meteor Cafe, Markham & Fitz Chocolate Makers and Onyx Coffee Lab, is already sold out, but three other routes were still available as of mid-week.

Route Two will take participants to Bolder Coffee in Rogers, The Java Dudes Coffee Co., Red Kite, Cafe 211 and Airship Coffee at Coler Mountain. As many will know by now, a little bit of a walk is required to reach Airship's cafe.

Coffee drinkers on Route Three will start at Trailside Coffee in Springdale before moving on to Basecamp Coffee in Fayetteville, Savoy Tea and Arsaga's Mill District. The route will end with "a unique coffee and wine experience" at Hail Fellow Well Met in Johnson.

With stops at Java Dudes in Rogers, The Meteor, Markham & Fitz and Onyx in Bentonville, Route Four will have the least number of stops and the latest start time.

Participants will be expected to drive themselves between the shops, according to the event's website.

For more details about the Caffeine Crawl, visit caffeinecrawl.com/nw-arkansas-2022.

A grand opening is planned for May 16, according to a recent Facebook post. The restaurant opened its doors for a soft opening on April 28.

Owner and founder Ricky Cortes told us back in January that the restaurant on the Bentonville square will aim to provide an entirely authentic experience of food from Mexico and his home state of Jalisco.

Unlike the other two Azul Tequila locations in Bentonville and Springdale, the restaurant at 111 N. Main St. will be about 95% authentic with plans to move toward 100%, Cortes said.

"The restaurant scene in Northwest Arkansas has been changing a lot. People now want a culinary experience," Cortes said. "It's not going be the typical Mexican restaurant. We'll have more authentic recipes in terms of the way we prepare stuff, the process and the presentation. (The menu) will be different and smaller, so that we can really focus on the quality and the preparation."

After months of renovations, the Farmer's Table Cafe has reopened for dine-in.

The south Fayetteville brunch restaurant closed in early November to allow an expansion of its waiting area and dining space. During that time, it added a new bar area in addition to more seating.

Has a restaurant recently opened or closed near you? Does your favorite spot have a new menu? Let us know. Email us at [email protected]