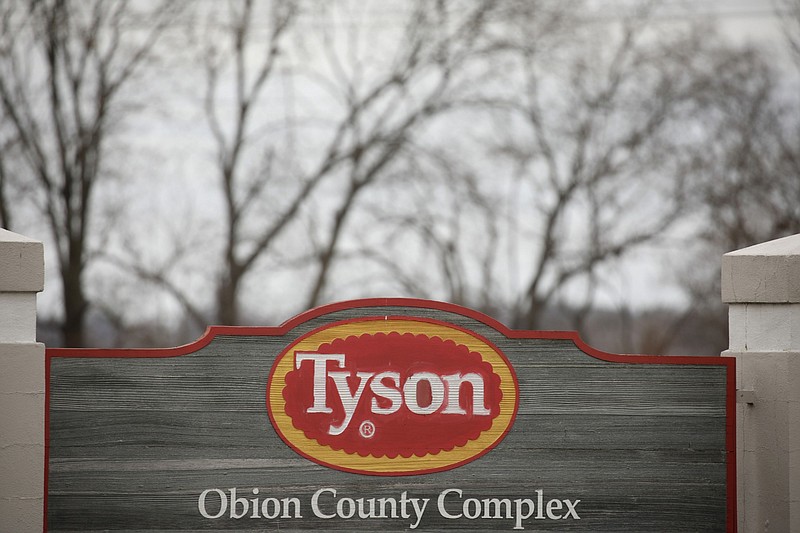 The meat giant booked revenue of $13.1 billion for the second quarter, up 16% from $11.3 billion for the same quarter in fiscal 2021. A group of 10 analysts' average estimate for revenue for the quarter was $12.8 billion.

Tyson Foods also increased its annual revenue guidance to a range of $52 billion to $54 billion, up from $49 billion to $51 billion.

In a research brief, analyst Ben Bienvenu of Stephens Inc. said Tyson Foods delivered solid results for the quarter, noting management is taking a tighter grip of the reins of the company.

During a conference call with analysts to discuss the second-quarter results Monday morning, Tyson Foods' Chief Executive Officer Donnie King and other executives said inflation and labor issues have been a challenge across all the company's operations. The executives noted costs across the board were up -- from cattle and hogs, to grain, to transportation -- but said that was offset somewhat by strong demand and cost-cutting measures.

"Strong performance in our beef segment, continued recovery in prepared foods and an improvement in chicken supported improved sales and earnings," King said.

The company continues to invest in more capacity by adding plants -- with four expected to come on line in fiscal 2022 -- and expanding exiting ones. Tyson is also working to attract and keep workers, the executives said.

King noted that on top of pay increases and bonuses, last month Tyson announced a plan to invest $1 million to help its employees become U.S. citizens and $60 million over the next four years to provide free college courses and other educational opportunities for its workers. King said these and other efforts, from flexible hours to onsite day care and low- to no-cost medical clinics, are attempts to make the company the most sought-after place to work.

In a call with reporters Monday, King reiterated while the company has had to raise prices, it did so to cover extensive costs because of inflation pressures and supply-chain challenges and not to take advantage of its customers or to pad profits.

"Inflation is real and it's impacting us," he said.

Last month, King, along with other meat company executives, testified via video before the House Agriculture Committee about their operations in light of elevated prices facing U.S. consumers. At the time, King said pressures on cattle processing brought on by the covid-19 pandemic, along with a jump in demand, affected prices.

The prepared foods segment booked sales of $2.39 billion for the quarter, up from $2.16 billion. Sales volume was down 5.3%. Operating income was $263 million compared with $217 million for the year-ago quarter with an operating margin of 11% compared with 10%.

During the first two quarters of fiscal 2022, Tyson Foods repurchased 6.2 million shares of stock for $523 million.