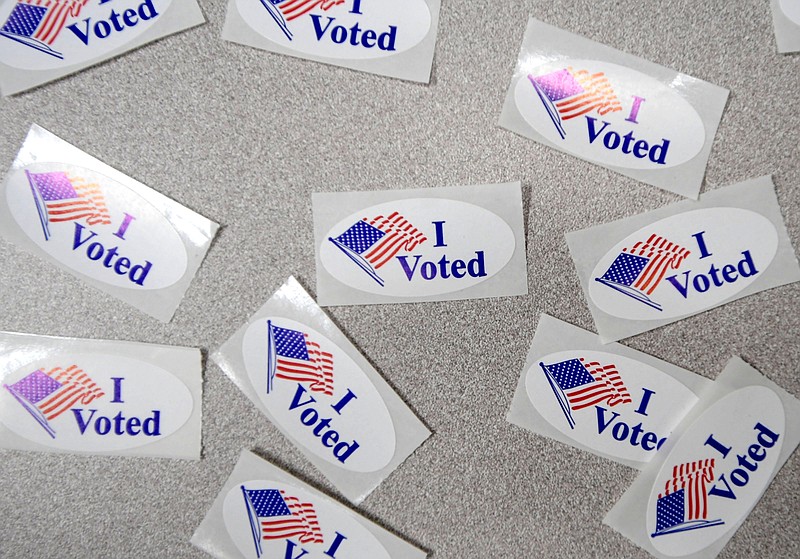 The election season in Benton and Washington counties is winding down as four days of early voting for the runoff elections were completed Friday.

Runoff elections for a series of races in the two counties will be Tuesday.

In Benton County, 1,593 votes had been cast through Friday, which was the busiest day with 505 votes cast, according to the Benton County Clerk's office.

Benton County has eight contests, including one for Bella Vista mayor and three for seats on the Bella Vista City Council.

Early voting in Benton County is held only at the County Clerk's offices at 215 E. Central Ave. in Bentonville and at 2111 W. Walnut St. in Rogers.

In Rogers, the Ward 3, Position 1 City Council seat is up for grabs between incumbent W. Clay Kendall and Rachel Crawford.

In Springdale, incumbent Brian Powell and Alice Gachuzo-Colin are battling for the City Council Ward 3, Position 1 seat. Part of the Springdale ward lies in Benton County.

For Bentonville School Board, there are runoffs between Jeremy Farmer and Blanca Maldonado for the Zone 3 seat and between Tatum Aicklen and Letisha Hinds for the Zone 5 seat.

There are two runoff elections in Washington County: the Springdale council race between Powell and Gachuzo-Colin and the Farmington mayoral race between incumbent Ernie Penn and Diane Bryant.

Early voting is being held at the County Clerk's office at the Washington County Courthouse, 280 N. College Ave. in Fayetteville.

Jennifer Price, executive director for the Washington County Election Commission, said percentage-wise, turnout could be higher in Farmington because it is a mayoral contest.

Early voting will resume Monday in both counties.

"Monday will be a busy day," Dennison said.