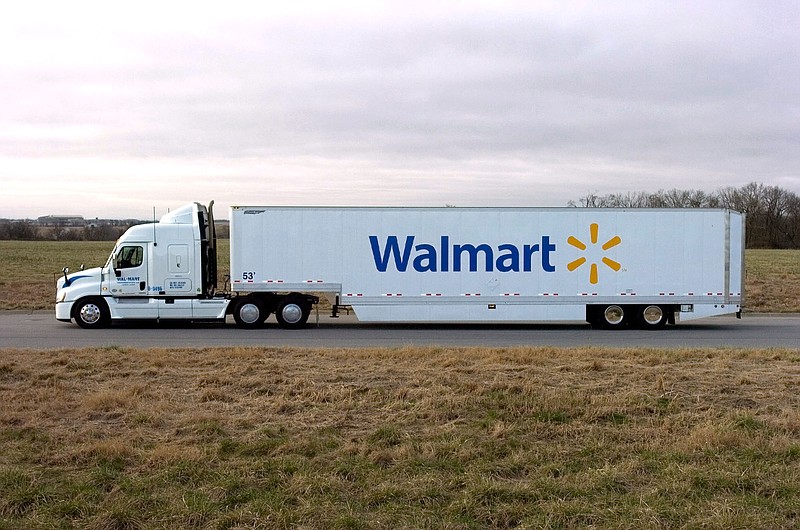 Walmart Inc.'s Canadian stores are now outfitting some of their workers with a ring-mounted scanner that the company says helps them fill online grocery orders faster.

More than 1,500 of the rings have arrived at more than 130 stores, Walmart Canada said in a corporate blog post. The rings are "one of the first pieces of wearable technology to be deployed by Walmart Canada," the company said.

The scanners make it easier and more comfortable for store workers to "pick" items for orders, the company said, and their lightweight and intuitive design keeps both hands free for picking.

The hands-free gadgets send and receive data over the internet. They can be worn as accessories, embedded in clothing and implanted or even tattooed on the skin.

But they are evolving from consumer accessories to more specialized and practical uses in many industries, including retail.

A spokesman for Walmart Canada said the ergonomic ring scanners have a button that workers press with their thumbs to scan an item while they pick.

"As an example," he said, "with bigger items you can now use both hands, creating a faster and easier process compared to the handheld devices traditionally used."

The company's hope is to bring the technology to all of Walmart Canada's 408 stores, the spokesman said.

Olivia Lynch, Walmart Canada's director of omni store of the future, said her team "is proud to pilot emerging and interesting technologies and find ways to bring them to our business."

"Ring scanners are just one example of the many ways we're looking to integrate wearable technology into our processes at Walmart," Lynch said.

In the blog post, Walmart Canada hinted at more innovations to come.

"As we continue to invest in our omnichannel business at Walmart, wearable technology like ring scanners is just the start," the company said.

Walmart did not immediately respond to a request for information about the use of wearables in its U.S. division.

Carol Spieckerman, a retail consultant and president of Spieckerman Retail, said Walmart Canada's adoption of wearables in Canada indicates more of this technology is coming.

"A wave of new technologies is set to hit retail that directly impact customer experience," Spieckerman said. "Less discussed are the gadgets that will be employed by retailers to drive operational efficiencies."

Spieckerman said automation has generated concern about its potential to replace workers. But in reality, she said, high tech will drive "high touch."

"People will be armed with more sophisticated tech tools that will allow them to achieve greater efficiencies without resorting to full-scale automation," she said.

But as with other industrial automation, the use of efficiency-driving wearables won't be without controversy, Spieckerman said.

"Amazon has taken flack for monitoring employee productivity to achieve machine-like results," she said. "This mindset could easily take hold with more retailers as new capabilities are unleashed."

A Deloitte report on wearables in retail said the greatest potential use for the technology lies in both improving customer experience and streamlining internal operations.

PricewaterhouseCoopers said in a report that wearable technology "will soon be an integral part of almost every retail experience."

For retailers, the company said, wearables will provide more detailed information about customers, give shoppers a more customized experience, and drive sales by getting targeted information to consumers.