Firm has credits to allocate 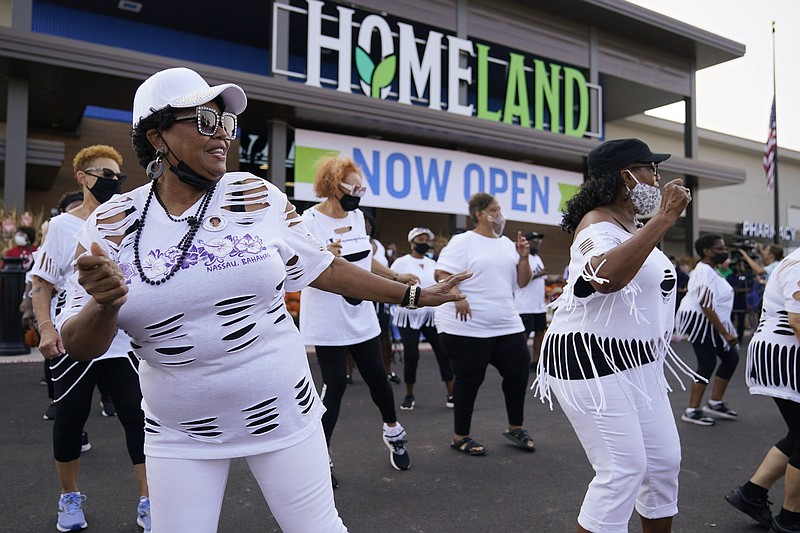 Two weeks ago, Homeland Grocery opened a 30,000-square-foot store in a blighted Oklahoma City neighborhood that was described as a "food desert" where half the area's 5,400 residents are Black and about 25% have incomes below the poverty level.

The $10 million project was three decades in the making and highlights the role new market tax credits have in spurring economic development and job creation in distressed urban areas and underserved rural communities.

A subsidiary of Arkansas Capital Corp. played a pivotal role in financing the grocery store by supplying the lead developer with the federal tax credits.

Since 2003, Arkansas Capital says that it has produced more than 3,000 direct jobs and over 10,000 indirect jobs with the $375 million in credits allocated through its subsidiary, Heartland Renaissance Fund.

"These tax credits have been great for Arkansas," Sam Walls, president and chief operating officer of Arkansas Capital, said Tuesday. "Over the years, we've been really successful in finding projects in the state and also in going out of state in a broader footprint."

Walls estimates that the company can do up to five projects with the new $40 million allocation and most of those projects likely will be in Arkansas. "Arkansas is always going to be a big part of what we do," he added.

In Arkansas, the tax credits have supported development of a number of projects, including Safe Foods in North Little Rock, manufacturing plants in Heber Springs and Nashville, vocational training in Northwest Arkansas and educational facilities such as Arkansas Baptist College in Little Rock and the Arkansas Math and Sciences School in Hot Springs.

The national New Markets Tax Credit Coalition estimates that more than $1 billion in total capital has been invested in 69 projects in Arkansas through the federal initiative.

Larry Evans, a consultant with Delta Peanut of Jonesboro, worked with company Chief Executive Officer Tommy Jumper to form a cooperative of more than 70 peanut farmers in northeastern Arkansas and the bootheel of Missouri to build two shelling plants so they could raise, shell and then sell their own crops.

"This was a significant capital investment and there was just a limit to the amount of equity the farmers could raise on their own," Evans said Tuesday. "The new market tax credits and allocations to both facilities go a long way in helping them raise the equity to build the facilities."

"The tax credits help a project like this, that required a large amount of capital, get over the hump and to help it succeed," Evans said.

Likewise, the Oklahoma City grocery store would not have been built without support from Heartland Renaissance Fund, according to Randy Roth, owner of the Wisconsin real estate development company that put the Oklahoma City project together.

Endeavour Corp. has developed 37 projects in 25 states using new market tax credits in underserved markets "where the cost of the project exceeds the value of the project," Roth said.

Tax credits provided by Heartland contributed more than $2 million in equity value to the $10 million grocery store development, according to Roth.

"When you layer in the new market [credits] and other public financing, it actually becomes a wining proposition," he said. "The tax credits not only make it easier to get a deal done, they're required for a project like this."

New market tax credits are administered by a division of the U.S. Treasury Department through a "hyper-competitive process," Walls said. For every $1 in credits approved, there are $7-$12 in requests submitted for consideration. Applicants are approved based on their history of using tax credits effectively and on potential projects that are being developed.

The federal agency estimates that new market tax credits generate $8 of private investment for every $1 awarded. And 95% of the deals involving the federal tax credits offer below-market financing.

Investors receive a 39% tax credit over seven years for investments into Community Development Entities like Heartland. The entities use the proceeds of those investments to finance loans and investments in distressed and underserved areas.

Some of the nation's largest banks, such as Wells Fargo and JPMorgan Chase, as well as financial institutions in Arkansas such as Arvest Bank, Bank OZK and Simmons First National Corp., among others, are investors in Community Development Entities.

Walls attended the grand opening of the Oklahoma City grocery and left with a deep appreciation of the vital role that new market tax credits have in revitalizing communities and making a difference in the lives of residents.