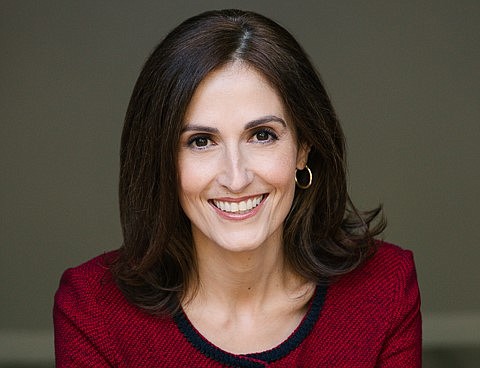 DeFrancesco Soto has been chosen to step in as leader after documents earlier this year showed associates of former U.S. President Bill Clinton proffering ideas for leadership and expressing concerns about the direction of his namesake school. Their messages to top UA System officials were released under the state's public-disclosure law.

The Clinton School holds a unique place in the UA System. The main campus is at the Clinton Presidential Center in Little Rock, and the school's focus is on graduate training in public policy and related issues.

UA System President Donald Bobbitt is recommending DeFrancesco Soto after a national search to replace Skip Rutherford, who retired at the end of June. Rutherford, 71, had served as dean since 2006.

DeFrancesco Soto's hire must be approved by the University of Arkansas board of trustees, which is set to meet Sept. 16-17.

The announcement Tuesday, however, gave an expected start date of Jan. 3 for DeFrancesco Soto, an assistant dean for civic engagement and a senior lecturer at the University of Texas at Austin's LBJ school, which is named after former U.S. president Lyndon Johnson.

DeFrancesco Soto, 43, is also a faculty fellow at the university's Center for the Study of Race and Democracy, whose mission is "to facilitate anti-racism research and programming dedicated to reshaping policies that lead to the end of racial inequality," according to the center's website.

Her main research areas include immigration, women and politics, political psychology and campaigns and elections, according to the LBJ School's website. She is a native of southern Arizona and has appeared on English- and Spanish-language news programs as a political analyst.

"I couldn't be more pleased with the way the search process was executed, evidenced first by the high quality of diverse candidates that showed interest in the position and furthered by the stellar group of finalists that visited the campus," Bobbitt said in a statement Tuesday.

McClain served as a graduate adviser to DeFrancesco Soto and said in an email that she's kept in touch with the "strong leader with vision."

"Even during her graduate student days at Duke, Victoria has demonstrated a strength of determination to let her data determine her conclusions. She is a strong researcher and an exceptional leader," McClain said in an email, calling DeFrancesco Soto's career "nothing short of spectacular."

"This is a great appointment for the Clinton School and she is going to move the school to the next level of schools of public service and public affairs," McClain said.

The announcement was made after public records showed Clinton associates presenting strongly worded recommendations about the Clinton School's future.

Bruce Lindsey, a director on the Clinton Foundation's board and counselor to the board's chairman, Bill Clinton, back in April stated, "I have reviewed all of the applicants and, based on their cover letters and professional experience, don't believe any of them have the background, vision or understanding of the Clinton School and its role in the U of A system, to take the Clinton School to the next level or, more relevant, back to President Clinton's original vision," according to written communication from Lindsey to Bobbitt released under the state's public-disclosure law.

In the same April message, Lindsey went on to state that he was "not sure the Clinton School could survive a bad choice."

Lindsey, in a statement in July to the Democrat-Gazette, said that he wrote to Bobbitt seeking "to rethink the position" rather than to circumvent the search process, presenting to Bobbitt the idea that a UA dean, Todd Shields, could lead the Clinton School.

Lindsey, who represented the Clinton Foundation on a search committee for the dean position, in July said that the Clinton School would "be well-served by any of the three finalists."

Another Clinton associate, Marsha Scott, posted a "talking points" message to a board of trustees member, Cliff Gibson, which stated in part that "WJC and his team are prepared to lend support to the school if Todd is managing the process," a reference to Bill Clinton's full name of William Jefferson Clinton and to Shields.

Scott, a UA project specialist who served in the Clinton-era White House, wrote to Gibson that the Clinton School "is seen as failing," blaming Bobbitt.

In July, Scott said in an email to the Democrat-Gazette that the "talking points were to provide context and background, and an outline for a path to success for the Clinton School," with "no promises implied or otherwise."

Bill Clinton never responded to questions from the Democrat-Gazette presented to him through a spokesman. A Clinton spokesman in a statement given in July said the former U.S. president and Bobbitt "are in agreement about the direction of the school moving forward."

Bobbitt on Tuesday called DeFrancesco Soto "the right fit to continue growing and developing the unique school's academic programs, as well as its continued community outreach and mission to make an impact in Arkansas and around the world."

The Clinton School released a 48-page "Strategic Plan Report" for 2021-26 under the state's public disclosure law, which included goals about boosting the school's national standing and academics.

A seven-member committee chaired by Al Bavon, a professor of public administration, put together the report, the first-of-its-kind for the Clinton School. Under the heading "Threats," the report listed "national reputation not comparatively strong in the marketplace."

The report also identified as a "weakness" the "sustainability of Clinton School funding structure," and noted that other "presidential schools" have "significant endowments and are therefore better resourced."

The report called for net revenue from student tuition to increase by 50%. Patrick Newton, a spokesman for the Clinton School, in an email last month stated that the strategic plan "is still a work in progress."

Susan Hoffpauir, the school's academic dean, has been serving as interim dean since Rutherford's departure.

Rutherford earned a yearly salary of $189,000, said Nate Hinkel, a spokesman for the UA System. Hinkel said Rutherford's yearly salary did not change during his time as dean.

"I understand he refused any salary increases," Hinkel said in an email.

"At this moment in our country and world, public service is vital to creating a space for people to engage with one another and find common ground," DeFrancesco Soto said in a statement, adding that she was looking forward "to building even more capacity for the school to strive toward President Clinton's vision of a graduate program that builds bridges through public service."