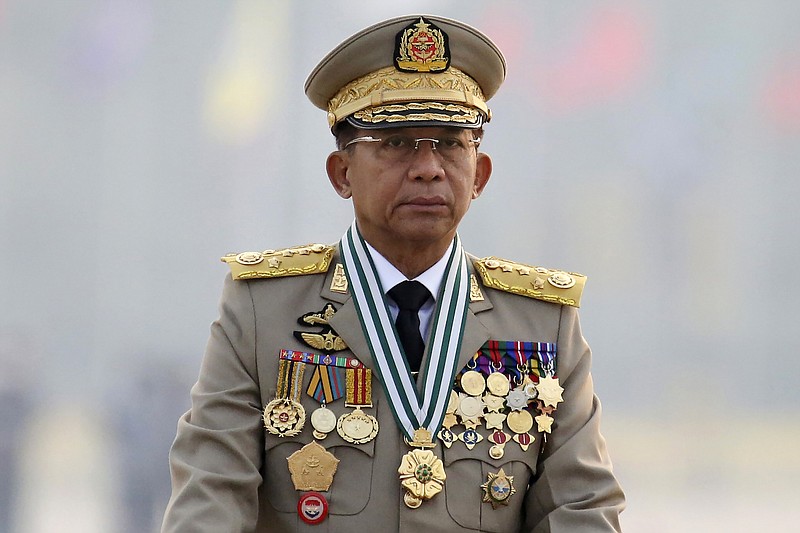 KUALA LUMPUR, Malaysia -- Southeast Asian foreign ministers have agreed to downgrade Burma's participation in an upcoming summit in their sharpest rebuke yet of its leaders after a Feb. 1 military takeover.

The decision was made at an emergency meeting late Friday after Burma refused to cooperate with the bloc's crisis envoy, Erywan Yusof, who is Brunei's Second Foreign Minister.

In a swift response, Burma's Foreign Ministry said it was "extremely disappointed and strongly objected" to the group's decision, which was made without a consensus.

"Linking the matter of Myanmar's representation at the association's summit with the visit of the special envoy would be counterproductive as it is merely putting pressure on Myanmar," the statement said.

Burma is often called Myanmar, a name that military authorities adopted in 1989. Some nations, such as the United States and Britain, have refused to adopt the name change.

It also claimed that the military junta's current government was in line with Burma's constitution.

The statement from Brunei said the association's ministers were concerned about the impact of the Burmese crisis on regional security and about the "unity, credibility and centrality of the association as a rules-based organization." The bloc's envoy must have access to all concerned parties, it said.

[Video not showing up above? Click here to watch » arkansasonline.com/1017burmese/]

Members of the political opposition's National Unity Government, which views itself as a shadow government, have asked to attend the Oct. 26-28 summit, it said.

Officials did not say who would be invited instead.

Burma is widely seen as doing very little to honor its commitments, though it claims to have helped facilitate humanitarian assistance.

Letting Min Aung Hlaing attend the summit, which will take place by video, might be seen as recognition of the military takeover, which halted one of Asia's most phenomenal democratic transitions after decades of military rule.

Among world leaders due to participate is President Joe Biden, who has condemned the takeover and authorized sanctions against Burma's generals, their family members and associates.

The U.S., Australia, Canada, New Zealand, Norway, South Korea, the European Union and United Kingdom issued a joint statement of support Friday for the association's envoy. They urged Burma to work constructively with Erywan and let him meet with parties concerned.

"The military has so far been unwilling to productively engage with the association to respond to the crisis in Burma," U.S. State Department spokesman Ned Price told reporters in Washington.

Information for this article was contributed by Jim Gomez and Matthew Lee of The Associated Press.