Nonprofit seeks to save fire station 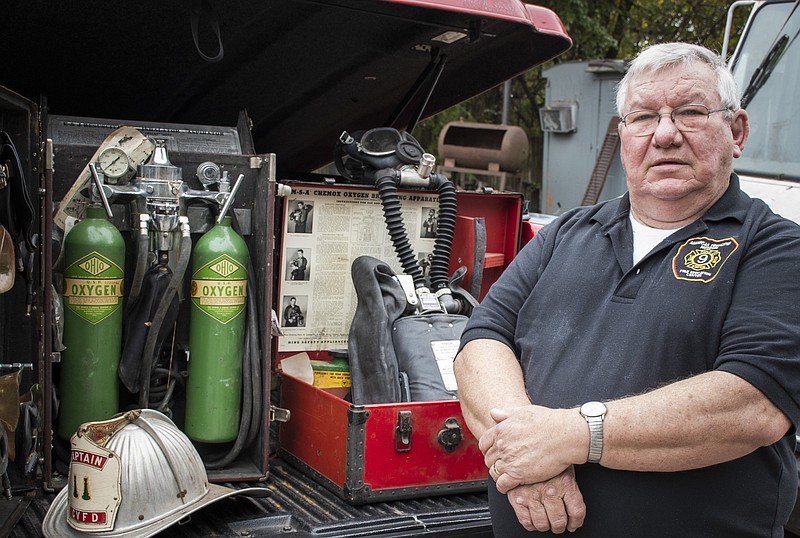 Bob Franklin, chairman of the fledgling Arkansas Firefighter Museum and Fire Education Center, shows off some of the historic equipment the museum will eventually house. (Arkansas Democrat-Gazette/Cary Jenkins)

In the middle of the last century, Little Rock Fire Station 9 on East Sixth Street was the hub of the community.

"People voted here. The police hung out here -- because they didn't have two-way radios, so this is where they got the calls," says retired firefighter Bob Franklin. Neighbors gathered to hear Fire Capt. Lance Leech play the banjo in the evenings, he adds; kids played on the lawn and roller-skated down the driveway. "This was the center of the neighborhood."

Construction on the fire station started in March 1930 and took 64 days. Engine Co. No. 9 moved in June 1930 and occupied it until July 1963, when the city moved it to the airport to supplement the crash station crew.

Industry and warehousing were expanding in the area, and so was a community of the people employed therein.

Franklin heads up a group of retired city firefighters looking to buy and restore the nine-decade-old station building at 2023 E. Sixth St., in what is now Little Rock's East Village, and turn it into the Arkansas Firefighter Museum and Fire Education Center.

About five years ago, eight retired firefighters met for breakfast and were mourning a colleague and storyteller who had passed away.

That spurred the idea to start a museum.

The building -- currently the home of MelzWeldz, a welding company owned by Meldrick Gibson -- is basically intact. The exterior, including the original overhead doors, is unchanged, and Franklin says nothing inside has changed since 1963. The original front windows, though boarded up, are still in place; at one point newer windows were installed in the back.

The goal over the first five years has been first to get the building onto the National Register of Historic Places, which they accomplished in September 2020, and to create a 501(c)3-eligible nonprofit corporation, which they also achieved, though with some difficulty.

"Getting a 501(c)3 certification requires a 50-page application," Franklin explains. "It's a huge hassle. And if you get one thing wrong, they kick it back at you." One of the initial sticking points: Being unable to supply the previous year's income.

"Well, we didn't have any income the previous year," he recalls. "It took a lot of back and forth to convince them that this was a new nonprofit, just getting started."

Next goal is to raise the $300,000 they'll need to buy the building and begin the renovations.

Franklin explains that the nonprofit must own the building to become eligible for matching grants. Its 501(c)3 status makes tax- deductible donations possible.

They've made a modest start. "We have about $500 in our account right now," Franklin says, a little ruefully. He's planning a mail-out to all the state's fire departments for assistance.

Franklin, who turns 68 on Dec. 6, retired from the city fire department in 2008. At the time he was captain at Fire Station 7 on West Markham Street; during his four-decade career he worked on urban search and rescue, on a ladder truck and, for eight years, was part of the department's training division. "Everything but hazmat," he says. "I didn't like hazmat." On the side, for 45 years he ran a fire-truck repair company.

Once the museum is up and running -- Franklin estimates it'll take five to six months to get the ground floor ready, including replacing all the 91-year-old plumbing and electrical work -- displays will include a wealth of historic firefighting equipment: leather helmets, vintage 1884 and 1943; an 1840s leather fire hose; a fire alarm box from 1899; a brass pole, courtesy of the Russellville fire department; a resuscitator/inhalator unit that was brand new in 1948; fire extinguishers and fire hose nozzles; and several fire trucks, including a 1937 American LaFrance Scout and a couple of trucks from Harrison that Franklin says will have to be driven down to Little Rock and restored, "but at least they're not going for scrap."

Plans also call for a classroom in which to teach fire safety to children, in partnership with the Little Rock Fire Department's prevention division. "Children's deaths due to fire is a major problem in our country and teaching fire safety, as well as how to call 911, is very important to combat this loss," the nonprofit explains in a statement of purpose.

"It's quite a collection of stuff," Franklin says. "We just need a building to put it in." 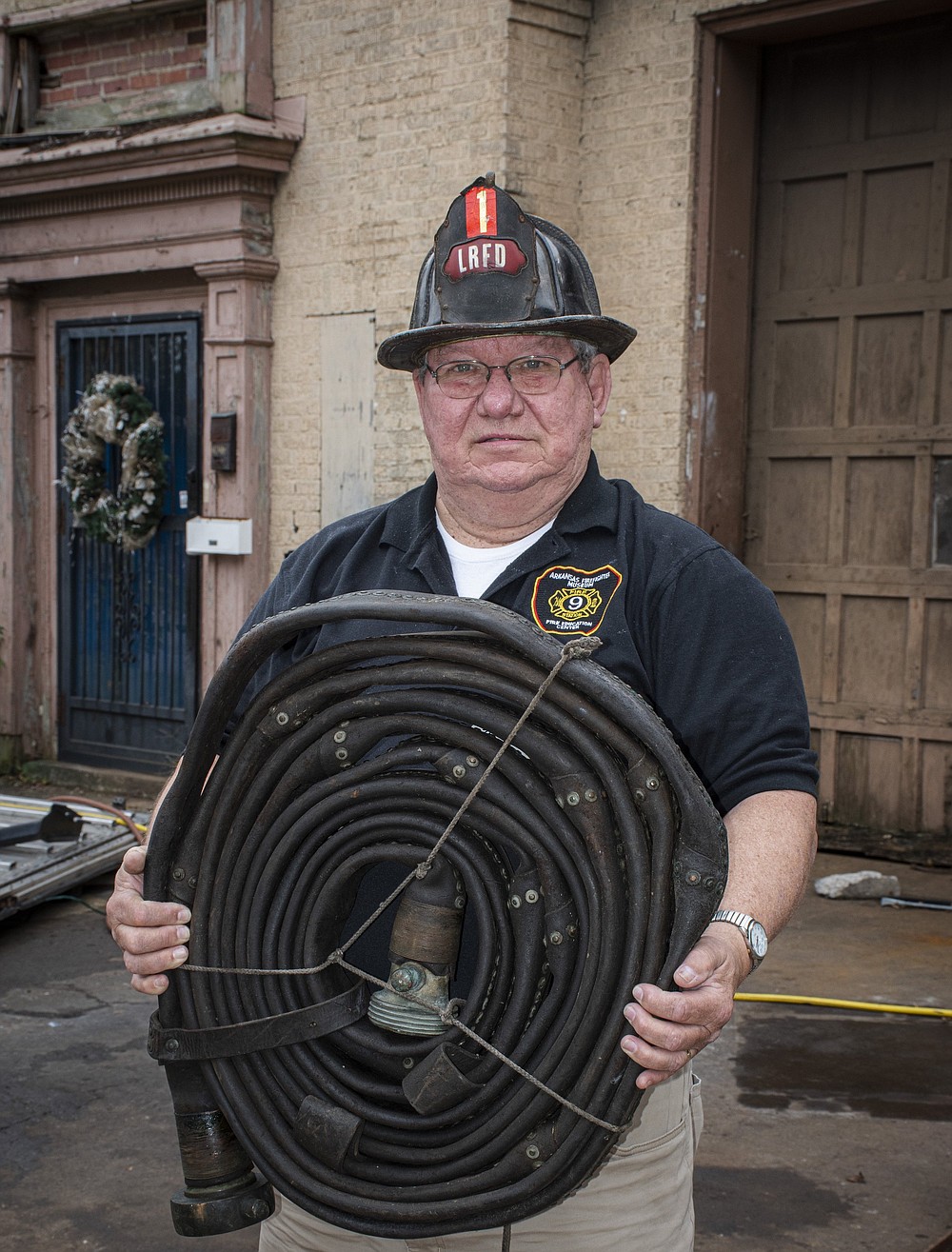 Wearing a historic leather helmet and holding an 1840-vintage leather fire hose, Bob Franklin stands outside the 1930 firehouse on East Sixth Street, where he hopes to create a the Arkansas Firefighter Museum and Fire Education Center. (Arkansas Democrat-Gazette/Cary Jenkins)