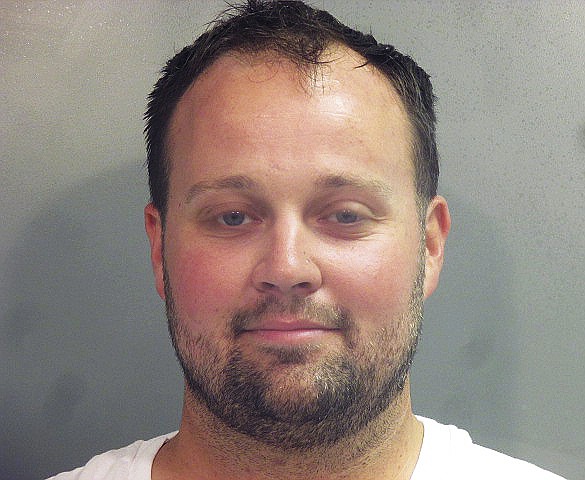 FAYETTEVILLE -- A federal judge won't allow cellphones, computers and other electronic devices in the courthouse during Josh Duggar's child-pornography trial at the end of the month.

The trial is set to begin Tuesday.

U.S. District Judge Timothy L. Brooks issued an order Friday saying no devices will be allowed during a hearing Monday nor the trial, unless the court grants specific, advance permission.

"Members of the public and the media are prohibited from entering the courthouse with cellular phones, recording devices or any other type of electronic device, such as laptop computers or tablets," according to Brooks' order.

Lawyers and their assistants in the courtroom are exempted from the order, but they have to email the U.S. marshals who provide security at least a day in advance and provide them with a list of who among their trial teams will be bringing electronic devices and a brief description of each device.

Federal prosecutors have said many of the 200 or more images Duggar is accused of downloading showed children ranging from toddlers to 12-year-olds. At least three police officers downloaded file shares of child pornography from Duggar's computer, according to prosecutors.

In November 2019, reports surfaced federal authorities had served a search warrant at the address of a used-car dealership, Wholesale Motorcars, run by Duggar.

In court filings, prosecutors explain Detective Amber Kalmer in Little Rock used a law enforcement tool to download files depicting the sexual abuse of children directly from Duggar's computer. The detective then sent a lead related to her undercover downloads to Special Agent Gerald Faulkner with Homeland Security Investigations, who determined the IP address was assigned to Duggar's small used-car dealership in Springdale at the time of the downloads.

Faulkner obtained a warrant to search the business. The dealership's computer and multiple electronic devices belonging to Duggar were seized. Based on forensic evidence found on those devices, among other evidence, a federal grand jury returned a two-count indictment charging Duggar with receipt and possession of child pornography.

Duggar, best known for being part of his family's cable television reality show, is accused of using the internet in May 2019 to download and possess the material, some of which depicts the sexual abuse of children younger than 12, according to court documents. Duggar was indicted in April 2021; he entered innocent pleas in May.