Harding to host Tebow as part of lecture series 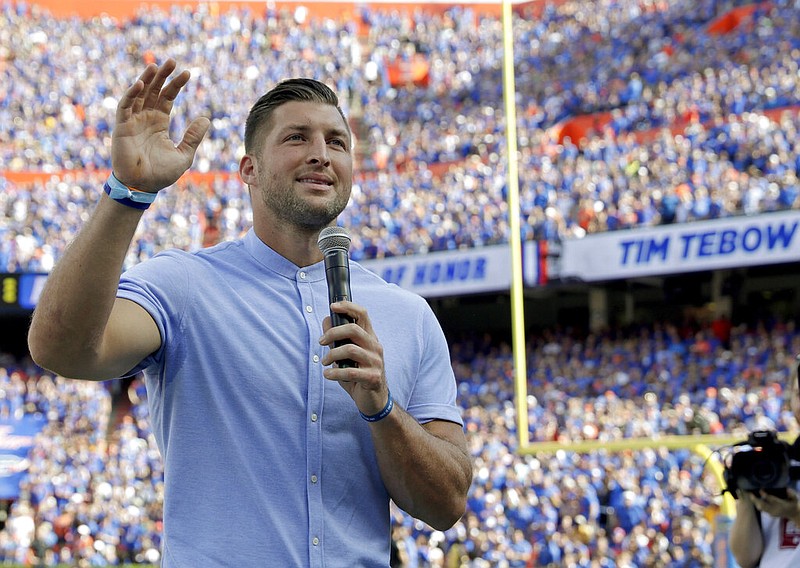 Former Florida football player Tim Tebow speaks to fans after he was inducted in the Ring of Honor at Florida Field during the first half of an NCAA college football game against Louisiana State University in Gainesville, Fla., in this Saturday, Oct. 6, 2018, file photo. (AP/John Raoux, File)

Tebow, a college football analyst for ESPN and the author of four books, is a regular on the national lecture circuit.

He runs his own foundation, the Tim Tebow Foundation, with the goal to bring faith, hope and love to children with life-threatening illnesses.

Tebow, 34, played on two college football national championship teams with Florida, won a Heisman Trophy in 2007 and became a first-round NFL draft pick. He played three seasons in the NFL for the Denver Broncos and the New York Jets before turning to professional baseball as a player in the New York Mets minor league organization for five years. He retired in February.

Tebow's appearance at Harding University is scheduled for Jan. 18, 2022. Admission is free and open to the public. The lecture is scheduled to begin at 7:30 p.m. in Benson Auditorium on Harding's campus in Searcy.