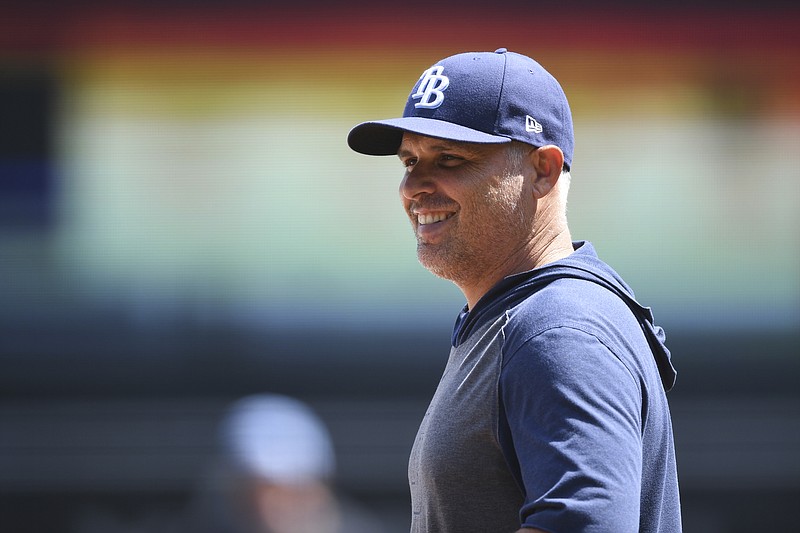 For Kevin Cash, being mentioned in the same sentence with Bobby Cox is an honor.

"That's wrong. I shouldn't be," Cash said. "But saying that, it's incredibly humbling. When you think about greats in our game, Bobby Cox is right there."

Cox took the NL honor two years in a row with Atlanta in 2004-05 during his Hall of Fame career.

That's the feat Cash has now matched. He led the low-payroll Rays to a second consecutive AL East crown this season. Tampa Bay (100-62) finished with the AL's best record before losing to Boston in the Division Series.

The Rays made it to the World Series in 2020, but Cash came under criticism for removing starting pitcher Blake Snell in the final game. But if anything, quick hooks like that were a fairly normal strategy in this year's postseason -- perhaps another example of Cash and Tampa Bay being ahead of the curve on new ways to approach the game.

The Rays are now 2 for 2 on major awards. Outfielder Randy Arozarena was named Rookie of the Year on Monday. It wasn't always the smoothest of seasons for Tampa Bay -- right-hander Tyler Glasnow and reliever Nick Anderson were limited by injuries -- but the Rays still held off threats from the Red Sox and Yankees in their division, as well as an improving Toronto team.

"We had the youth, we had the athleticism, and ultimately the talent to perform really really well," Cash said.

Seattle's Scott Servais finished second behind Cash in the voting by members of the Baseball Writers' Association of America. Houston's Dusty Baker was third.

Charlie Montoyo of Toronto was fourth, followed by Alex Cora of Boston, Tony La Russa of the Chicago White Sox and A.J. Hinch of Detroit.

Cash received 19 of the 30 first-place votes.

Kapler won the NL award after guiding San Francisco to a franchise-best 107 victories in his second season with the Giants. He beat out Craig Counsell of the Milwaukee Brewers and Mike Shildt of the St. Louis Cardinals.

Kapler managed two seasons in Philadelphia before being fired. The Giants hired him after Bruce Bochy's retirement. Kapler had both big shoes to fill -- Bochy won three championships with San Francisco -- and a struggling team to take over. When the Giants went 29-31 in the pandemic-shortened 2020 season, it was their fourth straight losing record.

Then, in a year when the star-laden Dodgers and Padres were supposed to compete for NL West supremacy, San Francisco surged to the best record in baseball. The Giants beat out the Dodgers by a game for the division crown, although they lost to Los Angeles in a tightly contested Division Series.

"I think I've really started to respect, understand and appreciate the feedback that I'm getting from players on a regular basis," he said. "I really trust our players."

As it turned out, Bochy was the person who announced Kapler's award on the MLB Network show.

"I continue to feel like it's impossible to fill Bruce Bochy's shoes," Kapler said.

Perhaps it is, but now Kapler has done something Bochy never did with the Giants -- win Manager of the Year. Bochy did receive the award in 1996 when he was with the Padres.

Kapler is the first Giants manager to win since 2000, when Baker received the honor for the third time in an eight-year span.

Counsell finished second behind Kapler after leading the Brewers to the NL Central title. Shildt was third -- a month after he was fired over what Cardinals president John Mozeliak described as philosophical differences.

Brian Snitker of the World Series champion Braves and Dave Roberts of the Dodgers were the other managers to receive votes.

Kapler received 28 of the 30 first-place votes, which were cast before the playoffs began. 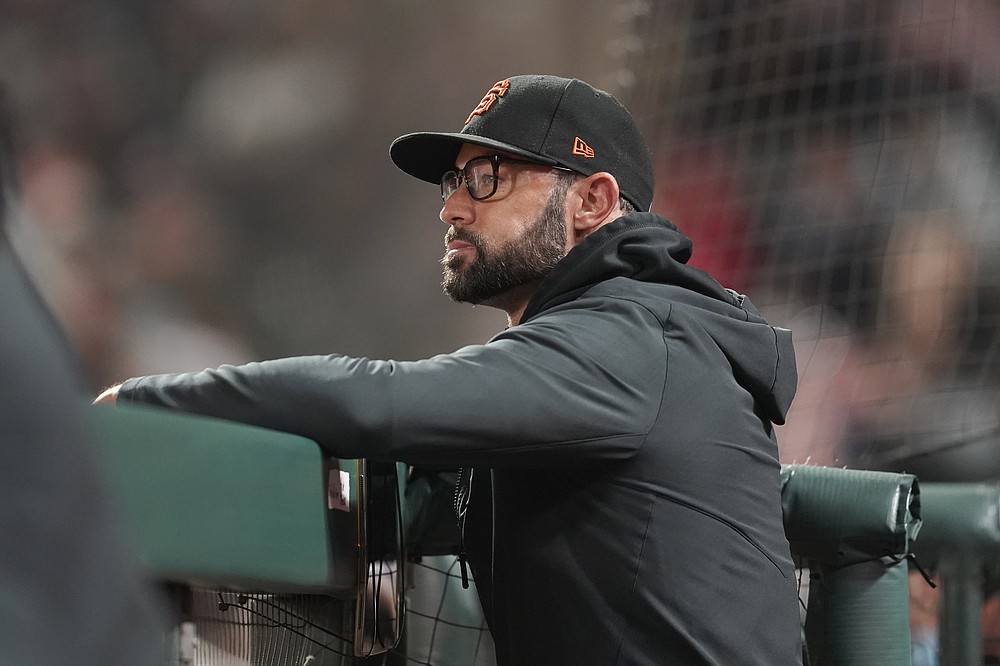