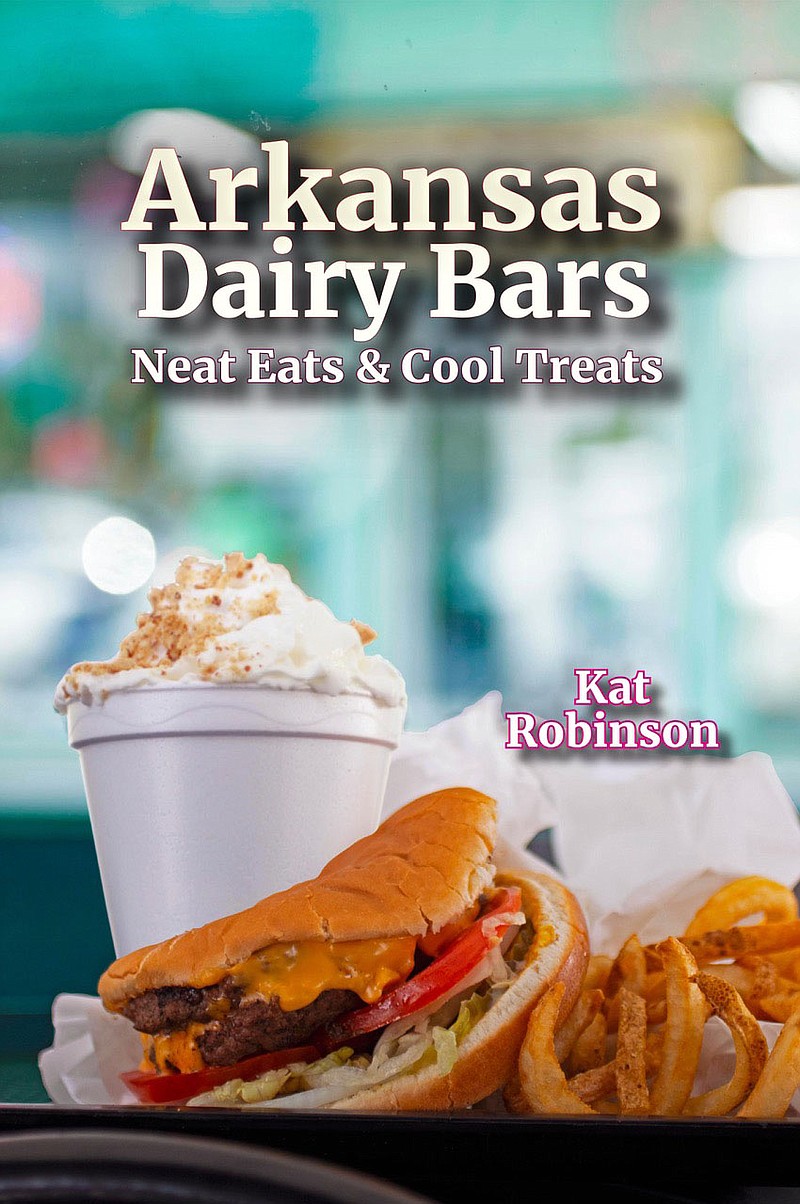 Arkansas food influencer Kat Robinson is the author of a new guide to "Arkansas Dairy Bars: Neat Eats and Cool Treats," which rounds up the best of the "snack bars that sell ice cream and other refreshments" around the state. It's more than 230 bright and eye-catching pages, both a culinary travel guide and a history of the state told in burgers, cones and hot dogs.

Ask Robinson about dairy bars in the River Valley, and her answer is immediate and adamant: Feltner's Whatta-Burger in Russellville. Then she adds Yellow Umbrella and Bonnie's Dairy Freeze in Fort Smith, Mulberry Dairy Dip in Mulberry and R&A's in Lavaca. Here are her thoughts on three of those favorites:

The A-framed entrance to Feltner's Whatta-Burger has been traversed for decades by both Russellville residents and students at Arkansas Tech University -- and it remains a stop on the pilgrimage of Arkansas Razorback fans from Little Rock to Fayetteville, to boot. Come game day, whoever's playing, the parking lot is packed both front and back.

The place was opened by Bob Feltner in 1967. His daughter, Missy Ellis, says her dad took a lawn chair out and sat by the road to count cars as they passed, to figure out the best place to set up his hamburger station. The initial facility was just a walk-up dairy bar with a patio on the side, but over the years, it was expanded, and by the late 1980s the building included a huge wing with two aisles of wooden booths with yellow and green tables..

Whatta-Burger general manager Rhonda Moore says it's always been part of her life.

"I grew up on Whatta-Burger. My dad came here as a child, and they raised us on it. We ate it at least once a week or every other week growing up. Bob Feltner was loved by many."

The restaurant's reputation wasn't just based on Mr. Feltner's friendliness. The burgers are just right, every time, thanks to a consistent burger assembly line that's been in place for more than 50 years. You can also get fried bologna sandwiches, grilled chicken sandwiches, grilled cheese and BLTs.

The restaurant that Bob Feltner decided to locate in what was essentially a pasture back in 1967, is now located right next to Arkansas Avenue and the main entrance for Arkansas Tech University. I expect it'll be there another 50 years from now.

Since the 1940s, this button-order drive-in has been serving up a large selection of burgers, hot dogs and ice cream delights. The original edifice faced Midland Avenue and offered eight burgers for a dollar.

The restaurant's reputation stands on its large array of ice cream offerings and on trusty, excellent burgers of all sorts -- with 11 different burgers on the menu. [But] ice cream is the real star here. Dipped cones are offered in three flavors -- chocolate, butterscotch and cherry. Soft serve comes in chocolate, vanilla and twist. The Peanut Cluster Parfait tops the ice cream specialties board -- hot fudge and peanuts over soft serve with whipped cream, nuts and a cherry on top. The Banana Fudge Sundae and the Strawberry Shortcake Sundae are both big sellers. Shake flavors include traditional tastes as well as cappuccino and peanut butter fudge, and any milkshake can be malted.

Just up Greenwood from Ballman Elementary is this tiny but distinctive structure that offers burgers, ice cream and snow cones during the week. The Yellow Umbrella has changed little since its opening in 1957, when James Beasley built the stand right next to his small store, naming it the Tastee-Freez Drive In.

The burger shack became well known for small, inexpensive burgers, good lemonade and a double ice cream cone that had two sides for two scoops. Today, the ice cream is soft-serve, in vanilla, chocolate and twist. The burgers are still smashed on the grill. Hot dogs, chili dogs, corn dogs and nachos are all available, as are sundaes, shakes and sno-cones. But they're only available between 10:30 a.m. and 4:15 p.m. Monday through Friday.

Or order from the author: