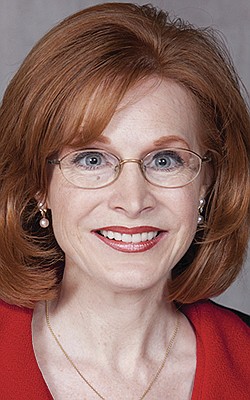 Beth Anne Rankin of Magnolia is the newest appointee to the nine-member state Board of Education.

Rankin, 50, appointed to the position by Gov. Asa Hutchinson, will fill the unexpired term of Brett Williamson of El Dorado who resigned last year.

She was a 2012 Republican candidate for the U.S. House in the 4th District.

Her experience includes serving as executive director of the Arkansas 529 College Investing Plans and associate director of development in Southern Arkansas University's Division of Advancement.

She served on the Ouachita Baptist University's board of trustees in 2015-2016.

Rankin, who is the 1994 winner of the Miss Arkansas Pageant and founder of Beth Anne Productions, has been a nationally certified music teacher, a speaker, a leadership consultant and a director of kindergarten-through-12th grade music and choir at Columbia Christian School in Magnolia, according to biographical information provided by the Arkansas Division of Elementary and Secondary Education.

She is a graduate of Magnolia High and Ouachita Baptist University. After earning a master's degree in public administration from Southern Arkansas University in 2013, she completed her doctorate in education in 2020 at Vanderbilt University's Peabody College of Education. She focused her doctoral capstone research on transformational teacher leadership.