OPINION | REVIEW: Guy Ritchie seems to have lost his muse with ‘Wrath of Man’ 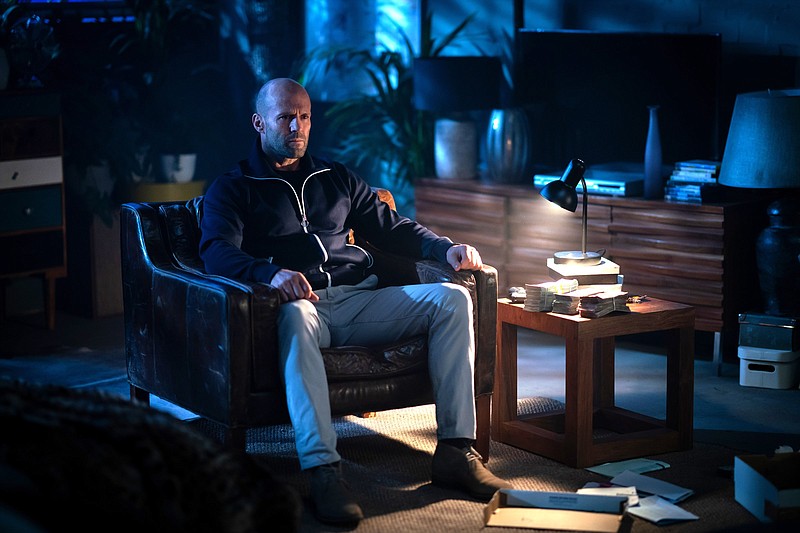 H (Jason Statham) is a hard man who takes a job with a security firm to help guard the movement of several cash trucks in Guy Ritchie’s action thriller “Wrath of Man.”

When director Guy Ritchie burst on the scene in 1998 with the bombastic "Lock, Stock, and Two Smoking Barrels," he fit in snugly with the winking, devil-may-care, hyper-violent scene stoked in this country by Quentin Tarantino. Boasting a similar swagger, Ritchie's early films (including "Snatch," released two years later), captured a sort of controlled chaos of cut-up timelines, heavy genre call-outs and memorably anarchic character interplay.

Since then, however, Ritchie married and divorced Madonna, had kids, attempted some different genres -- including the execrable "Swept Away," made with his then wife -- to more middling response, and tried his hand at big-budget Hollywood capers (successfully with a pair of Sherlock Holmes movies; less so with "King Arthur"), but he is never one to stray terribly far away from his first love, the gangster/heist caper.

This latest film, "Wrath of Man," which stars his frequent muse, Jason Statham, as a mysterious man who joins up with an armored car outfit in L.A., in the midst of the company being targeted by a group of well-organized thieves, has many of the regular Ritchie mainstays -- jagged timelines, taunting dialogue between hard-bitten types, multi-layered plot schemata -- but in place of what used to be his defining joie de vivre, and the thrill of a genre maven discovering his powers and making a hash of conventional rules in the process, there now seems mostly mournful rumination.

Statham plays a man dubbed "H" by his playful new partner at Fortico, the armored car company with which he has just joined up. In yet another common Ritchieism, several of H's fellow guards have been dubbed with their own semi-ridiculous nicknames: There's Bullet (Holt McCallany), H's mentor and partner; Boy Sweat Dave (Josh Hartnett), an anxious sort, who tries to play off his nervousness with vapid machismo; and Hollow Bob (Rocci Williams), who doesn't trust H to begin with, and only becomes more suspicious as things unfold.

At first, H appears to be playing dumb, barely hitting the marks he needs on the shooting range in order to pass, but there's a definite sense to him -- brought to us in large part by Statham's perpetual air of coiled menace -- there's more going on with H than we are given to understand. During one subsequent robbery attempt shortly after being hired, he coolly dispatches a group of a half-dozen thieves (including one played in a cameo by Post Malone) without breaking a sweat. This makes him something of a hero among his fellow guards, and impresses the managers at the company, but also reveals his cold ruthlessness in the heat of battle.

Ritchie, working from a script he co-wrote with Marn Davies and Ivan Atkinson (and based loosely on the similarly situated French film, "Le Convoyeur," aka "Cash Truck"), then begins to work backward in the timeline, where we eventually come to understand H's true intentions at taking the gig, one for which he is wildly overqualified, shall we say, as if the title alone weren't enough of a tip-off.

Everything ultimately results in an even more bold robbery attempt at Fortico, where a group of former military men, led by their erstwhile leader, Sergeant Jackson (Jeffrey Donovan), and including the hot-headed Jan (Scott Eastwood), utilize an inside man to infiltrate the armored car garage on Black Friday, one of the heaviest money-exchanging days of the year, putting the vicious H in the middle of the all-out assault.

As Ritchie is wont to do, there are layers of organizational complexity to the proceedings, a conceit which often adds depth to his plotlines, but in this case, leads to more than a little confusion: There's the group of former-military thieves, and their hierarchies, but there's also H's unnamed and nebulous faction, be they fellow criminals or some sort of government agency, who appear to have been casing Fortico for their own purposes several months previous. In the middle of this equation are the guards, besieged from all sides and unaware of the rat in their midst until it appears to be too late.

Whatever the bewildering particulars, Ritchie's theme -- roughly, the cyclical nature of violent retribution -- resonates loud and clear, reinforced by a throwback opening credits sequence, overlaying still depictions of creature-on-creature carnage behind the characters' faces, lit up by flickering flames, and swirling carnage.

It works well enough, but doesn't offer the fiery snap of his earlier work. Perhaps it's simply that Ritchie, now more than two decades out from his heralded debut, has matured and has become more aware of mortality, as it concerns both the lives of his characters and his career, but what used to seem clever and innovative has largely become so much established schtick by this point, it's hard not to feel as if his muse has all but abandoned him.

Rating: R, for strong violence throughout, pervasive language, and some sexual references 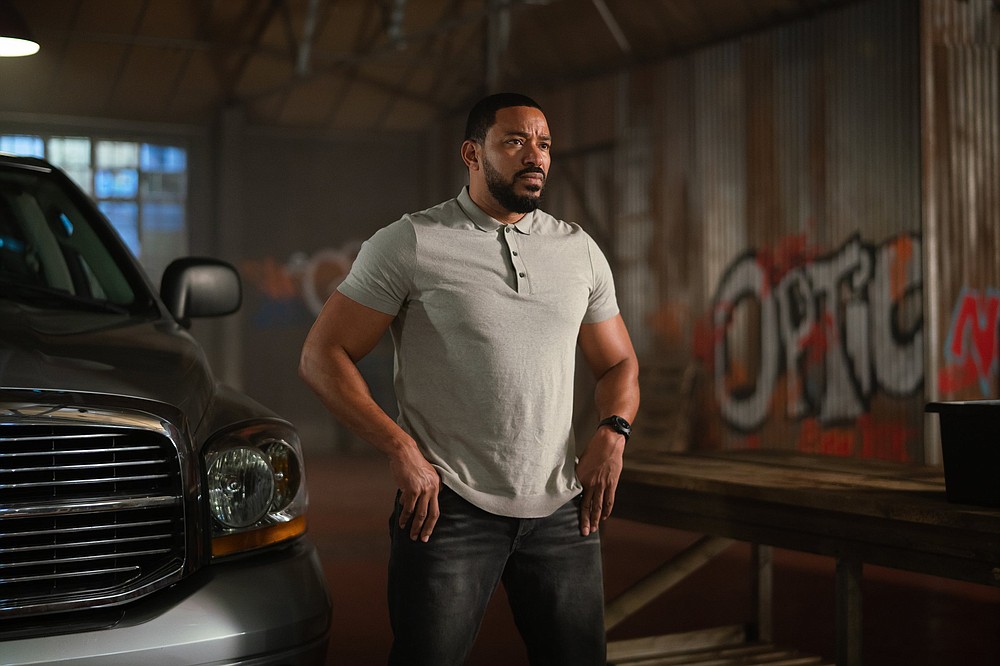 Carlos (Laz Alonso), from the “Fast and the Furious” universe, is one of the heavies in Guy Ritchie’s latest mad lad heist film “Wrath of Man.”
ADVERTISEMENT