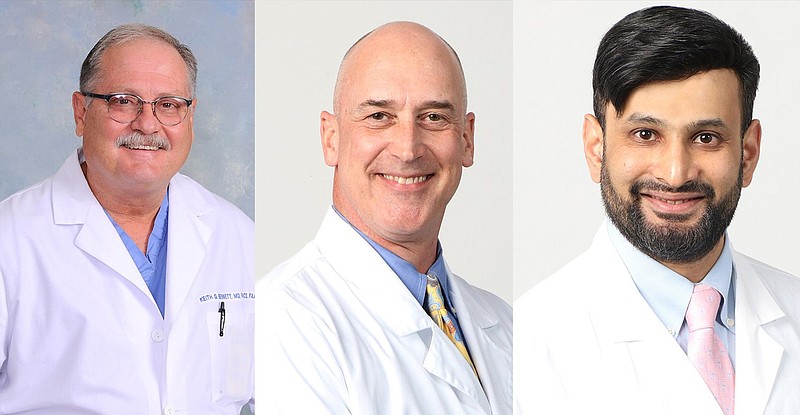 Browning, an obstetrician/gynecologist, is now seeing patients at Jefferson Regional OB/GYN Associates at 1609 W. 40th Ave., Suite 300, according to a news release.

Browning is a veteran of the Navy and the Louisiana Army National Guard. He received his medical degree from the Louisiana State University School of Medicine in Shreveport, and he completed an internship in obstetrics and gynecology at Portsmouth Naval Hospital in Portsmouth, Va.

He is a member and a fellow of the American College of Obstetricians and Gynecologists. Details: Jefferson Regional OB/GYN Associates, (870) 541-6045.

Godbole received his medical degree in Pune, India. He then received a doctorate in molecular medicine from the University of Maryland in Baltimore, followed by a residency in internal medicine from St. Barnabas Hospital in the Bronx borough of New York.

He was previously in private practice, specializing in wound care in Hot Springs and in general, thoracic and vascular surgery in Pine Bluff.