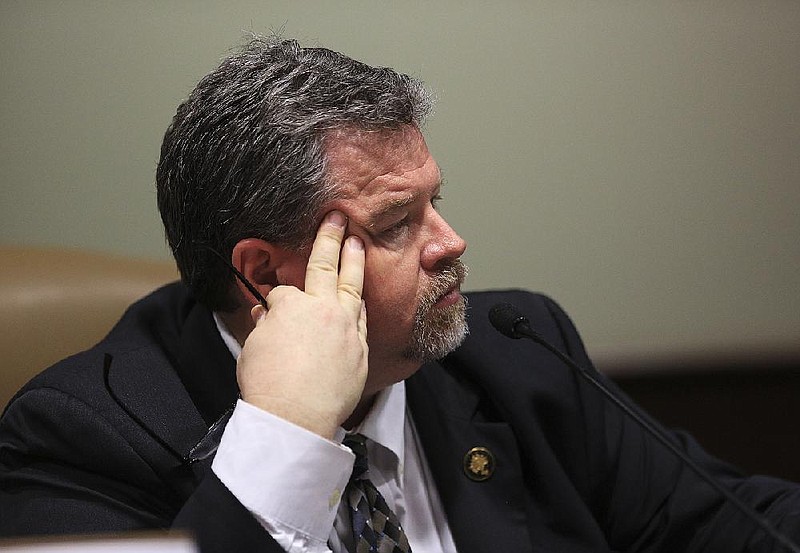 Legislation that would ban gender transition treatment, which can include sex reassignment surgery and hormone therapy, for minors handily won approval in the Arkansas Senate on Monday afternoon, over objections of opponents who called the measure discriminatory.

If enacted, the bill would create the Arkansas Save Adolescents From Experimentation (SAFE) Act.

Supporters said the measure is about protecting children, but transgender Arkansans and advocates who oppose the bill argue that banning those procedures would be damaging to a vulnerable segment of Arkansas' youths.

Sen. Alan Clark, R-Lonsdale, the Senate sponsor of HB1570, told his colleagues that "my heart goes out to those who suffer with gender dysphoria and to their parents" and that "it is not an easy thing to deal with."

He said that "this bill sets out to protect children in an area where they very much need attention."

"This does not stop anyone at 18 from doing whatever they want to do, but it does prohibit children from making mistakes that they will have a very difficult time coming back from, although many do," Clark said.

But Sen. Clarke Tucker, D-Little Rock, said bills like this have already been struck down by courts for violating the Equal Protection Clause under the U.S. Constitution and for violating the prohibition of discrimination on the basis of sex under the federal Civil Rights Act.

"I absolutely have full faith in your intent, Sen. Clark, to protect kids in the state, but you have to be aware of the message that is sent when you pass a piece of legislation like this," and it's a message of discrimination to the rest of the nation, he said.

Sen. Jason Rapert, R-Conway, argued that the suicide rates are high among these children because they are not being helped, they are shamed and confused, and they "don't have somebody to mentor to them the reality of the fact that except for a very, very, very small percentage of people whose sex is defined when you are born.

"You can't change the chromosomes in people," he said.

"We ought to vote for this bill and show some ... common sense," Rapert said.

The measure would also bar a health benefit plan under an insurance policy or other plan providing health care coverage in the state from including reimbursement for gender transition procedures for people under 18.

There are gender clinics at the University of Arkansas for Medical Sciences and Arkansas Children's Hospital. Both provide hormone treatment and other therapies.

Arkansas is one of 14 states that has introduced legislation in 2021 legislative sessions to ban gender transition treatment for youths, according to the National Center for Transgender Equality.

Afterward, Holly Dickson, executive director of the ACLU of Arkansas, said, "Make no mistake: denying trans people health care because of who they are is wrong and illegal, and we'll be ready to take this fight to court if this bill becomes law.

"The whole country is watching whether Arkansas will continue this discriminatory race to the bottom that has cost other states millions," she said. "House Bill 1570 is the codification of cruelty, and for the well-being of all Arkansans, Gov. Hutchinson should veto this cruel and harmful bill the moment it reaches his desk. If he doesn't, we will see the state in court."

Hutchinson spokeswoman Katie Beck said Monday afternoon in a written statement that "the Governor will review the bill more closely, listen to the debate, study it and make a decision on the legislation."

On Thursday, Hutchinson signed legislation that will deter schools from allowing transgender athletes to participate in girls' and women's sports. The measure allows students and schools to take legal action if they are deprived of an athletic opportunity or otherwise harmed as a result of a kindergarten-through-12th-grade school or higher-education institution not maintaining separate teams for female students.

CORRECTION: Sen. Jim Hendren is an independent from Sulphur Springs. A photo caption Tuesday misidentified his political affiliation and hometown.