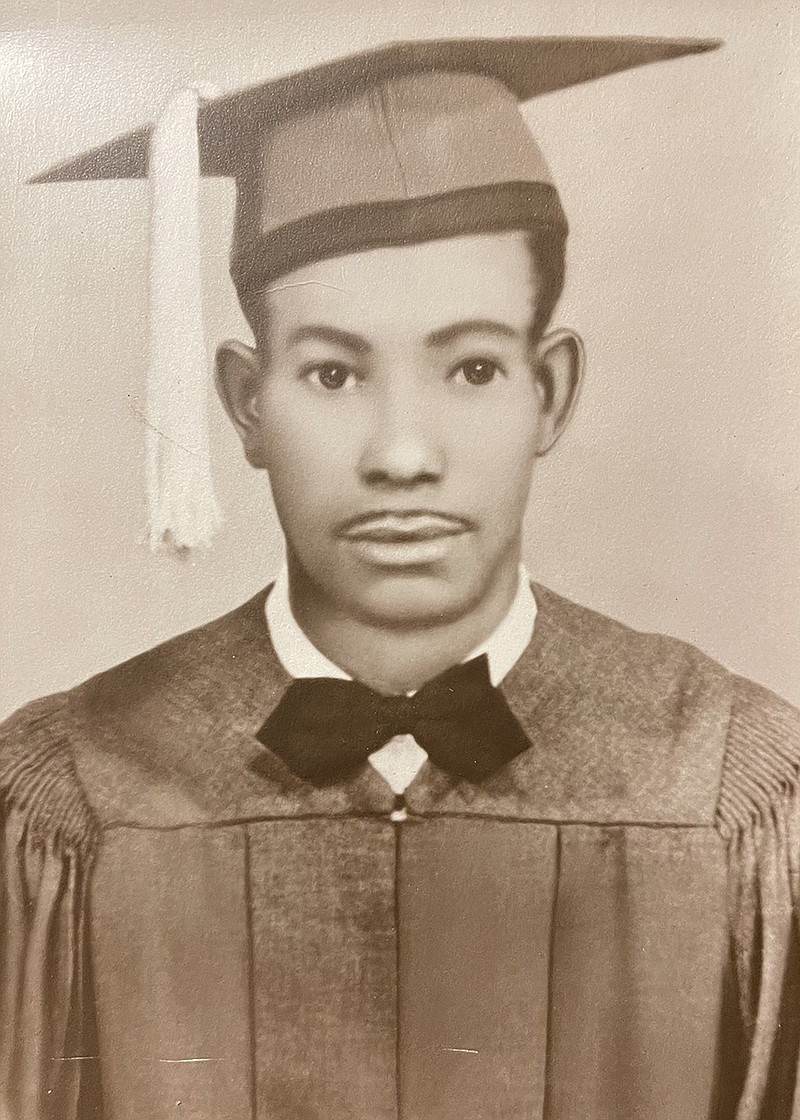 Chester Hood dropped out of school after fourth grade to help his family with plowing fields and chopping cotton. He later completed a master brick mason program and worked in brickwork on projects across the state, including the University of Arkansas for Medical Sciences and the Tower Building in Little Rock and Stuttgart High School. (Special to the Democrat-Gazette)

Editor's note: This is the first in a continuing, twice-monthly series on senior Arkansans and their lives and accomplishments.

As he prepares to celebrate his 100th birthday next month, Hood chooses to reflect on the love of his family and the goodness of people who have helped him along the way.

"There's no use in complaining if there's nothing you can do about it," he said. "Whatever people do for you, you should appreciate it."

Hood's daughter, Beverly Jones, said that has been his outlook for as long as she can remember.

"He's had a really hard life. I mean, he has had about as hard a life as anyone could have," she said. "He never whines, he never blames anybody."

"He worked a lot when I was growing up," Jones said.

He encouraged Jones and her siblings -- Gregory Strickland, Rita Dokes and the late Harold Strickland -- to do their best and to take care of families. He created special memories for them as they grew up.

"He always let us open one of our presents early, on Christmas Eve, and that's a tradition I've carried on myself," Jones said.

Hood was in elementary school during the beginning of the Great Depression. He recalls being served soup from kitchens run by the Works Progress Administration at a time when food was scarce for his family.

"There were worms in it," he said. "We just pushed them aside and ate it because we were hungry."

Hood's family followed his older brother to Clarendon, where Hood finished fourth grade and dropped out of school to help his family with plowing fields and chopping cotton.

The family was in Clarendon during the flood of 1927, and they had to move to Brinkley. He later followed his older brother to Little Rock to find work.

"He has told me about when he was working for the Ice House in North Little Rock and he went in and asked his boss for a raise so he [could] take care of his family," she said. "He told me his boss wouldn't give him a raise so he had to go into the Army."

During World War II, Hood drove a truck. Jones remembers hearing stories about how, at Normandy, he drove the truck into the water as bullets whizzed around him.

"Every once in a while you'd have to hide your truck from an airplane coming over," Hood said of the war. "We learned how to dodge bombs. It was kind of rough."

When he got out of the Army, he went to barber school. He didn't enjoy barbering, though, and joined a program offered at what is now Dunbar Magnet Middle School. There is a picture of him proudly displaying the certificate he received after becoming a master brick mason. Back then, beginning in 1930, the Negro School of Industrial Arts was a junior-senior high school, and it also offered general education and trade classes, according to the Little Rock School District website.

Over the years, Hood drew his family's attention to projects he worked on during his masonry career -- Dunbar, the Tower Building and the University of Arkansas for Medical Sciences in Little Rock and Stuttgart High School in Stuttgart, for example.

"We lived in a nice brick house," Jones said of her childhood home on Louisiana Street, Little Rock. "He built our house. He repaired the brickwork in my chimney at my house in the Quapaw Quarter after the tornado came through in 1999."

These days, she said, "He spends his days in front of the TV, eating Blue Bell and cake, one of his favorite things."

Hood follows the daily news, and he enjoys game shows, including "Jeopardy."

"I try to understand," he said of current events. "I like to watch anything, really, that's interesting."

As for the game shows, he said, "I do try to answer the questions."

Civil rights concerns catch his attention. Hood was arrested once in North Little Rock, though he said no charges were brought. His arrest, he said, was race-related.

"I was just in the wrong place at the wrong time, and Black, too," he said. "I called my boss and he came down and bailed me out of jail. They didn't keep me long, though, just a little while."

Hood's family is planning a drive-by birthday party for him, and after so much isolation during the covid-19 pandemic, he is looking forward to the celebration.

Jones recalls her father telling her, as she battled car sickness during childhood trips from their home in Little Rock back to Clarendon to visit relatives, how important it was to stay connected to family.

"He had a large family. Most of his siblings migrated to California but they would come back in the summers to visit," Jones said.

Hood said his daughters bring him meals and check on him daily. 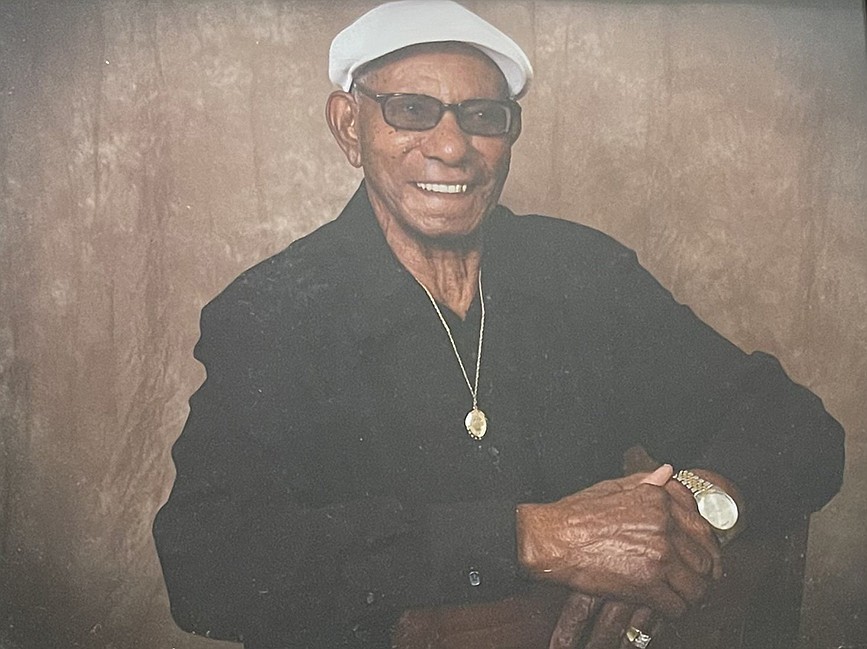 Chester Hood will celebrate his 100th birthday on April 21. Despite the struggles he has had throughout his lifetime, he insists, “There’s no use in complaining if there’s nothing you can do about it. Whatever people do for you, you should appreciate it.” (Special to the Democrat-Gazette)
ADVERTISEMENT